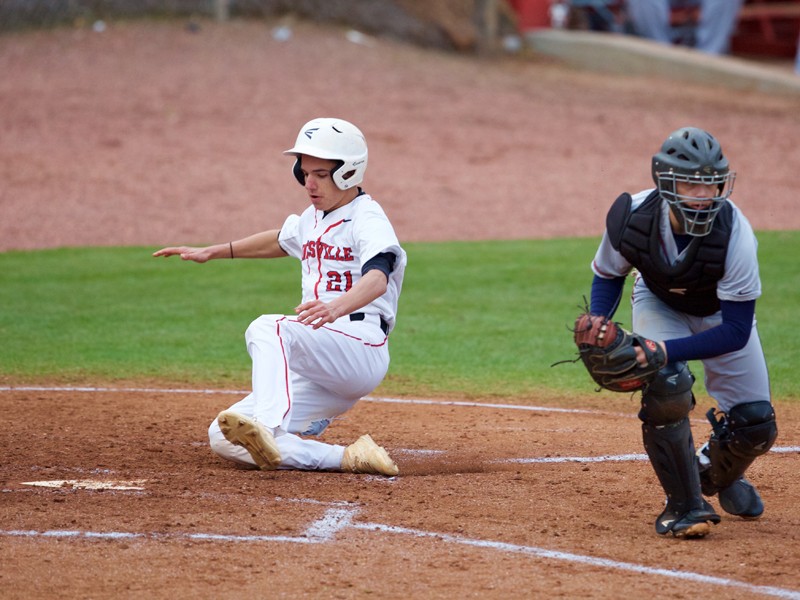 After a very competitive regular season for northeast Georgia's prep baseball teams, the quest for state titles begins this week.

More than a baker’s dozen of teams -- 14 in all -- advanced to the state playoffs in seven of the eight Georgia High School Association classifications (including the public/private split in Class A).

The area produced two region champions in North Hall (Region 7-3A) and Jefferson (Region 8-4A) and two other region runners-up in Gainesville (Region 8-6A) and Buford (Region 8-5A).

All 14 are expected to face tough challenges in the first round, which was scheduled to get under way on Thursday with doubleheaders. However, every series has now pushed the start back a day to Friday with Game 3s, if necessary, now set for Saturday due to expected storms rolling through the area on Thursday. All series will be played at the home of the higher-seeded team and all will follow a best 2-of-3 format.

(NOTE: Scroll down for a complete and updated schedule.)

For North Hall coach Trevor Flow and the Trojans it will be a unique situation as they come in on the heels of their first region title since 2013 and as the reigning Class 3A state champions. North Hall takes on Hart County at Jody Davis Field in the opening round.

“We’re not too worried about trying to defend something as much as making sure we’re ready,” Flow said. “We’re actually in a little bit of an accomplishment-mode with this group. We had a lot of new guys, and their goal was to try and win region and they did that.”

North Hall wrapped up a playoff spot nearly three weeks ago, but Flow said they experienced playoff-like atmosphere over the final week as they tried to lock up a title.

“It was like the playoffs the last week of the season, and I thought they did a good job of handling that. We’re curious to see what their energy level is going to be (on Thursday),” Flow said. “We’ll need it because Hart County is a young, scrappy team that I’m sure is looking to come in and knock us off. We’re expecting every series, no matter how far we go, to be a big challenge.”

Jefferson coach Tommy Knight guided the Dragons to their second region title in three seasons in a brutal Region 8-4A. Now they are hoping to use that momentum as they look for a run to their first state title series since losing to Blessed Trinity in the 2015 Class 3A championship round.

It was an outstanding job by Knight and his staff overseeing a group that was not predicted to make the playoffs in 2018. Jefferson (18-9) opens at home against Region 7-4A No. 4 seed Chestatee (16-14).

“We weren’t picked very high in our region before the season, probably with good reason, because we had some questions coming into the season,” he said. “But we made some changes on the mound and in the field just before the region started, and these kids just competed. But I think one of the key things was that our bats picked over the final half of the season, and right now we’re probably playing our best ball of the season.”

As for the opening series against the War Eagles?

“Well, I think both regions were very tough and we’re expecting a tough battle,” Knight said. “It’s cliche but we’ll need to pitch well, play solid defense, and swing the bats. Anyone can beat anyone once you get to the playoffs so you have to do all the little things that got you there if you want to advance.”

Gainesville’s Jeremy Kemp is looking to go out with a bang as he and the Red Elephants (20-8) try to navigate a tough Class 6A field. Kemp will step down at the end of the season to take over the new Cherokee Bluff program.

The Red Elephants, who will play host to Region 7-6A No. 3 seed Cambridge, were stunned in the first round last season and hope for a better showing this time around. The Bears (14-14) feature University of Georgia-signee Michael Polk atop a solid pitching staff.

“That’s a tough region over there,” Kemp said. “It’s going to be a tough series. You never know whether a series like this will be pitching dominated or offensive-minded. The main thing is just to make sure we score more runs than they do.”

Kemp downplayed his leaving when the season ended saying his only goal is having his team ready.

“I would love for us to go out winning a state title, but it’s not about me,” he said. “We’re just trying to make sure we do everything we can to get them ready to play. That’s far more important than how I end my time here.”

There are more than a few other very intriguing series on tap for area teams.

Buford, the No. 2 seed from Region 8-5A, takes on a Rome (15-12) team that won four of its last six games to climb over three teams into the No. 3 spot out of Region 7-5A. The Wolves (19-11) won 10 of their last 13 overall with two of the losses coming to defending state champion Loganville. However, Rome is making its first playoff appearance since 2014.

East Hall, the No. 4 seed from Region 7-3A, comes in having lost eight of 12 games. However, the Vikings (13-14) also may be getting healthy at the right time as they are expected to get their No. 1 pitcher, Luke Cooper, back to bolster a staff that has shown improvement over the final month. They travel to Region 8-3A No. 1 seed Morgan County (20-9).

Region 7-4A No. 3 seed West Hall (16-10) heads to Region 8-4A No. 2 seed North Oconee (20-7) and the nation’s top pitching prospect in Kumar Rocker. The Spartans come in on a six-game losing streak but all six losses came against No. 1-ranked Blessed Trinity and defending state champion Marist. The Spartans were 16-4 against everyone else while the Titans have won seven straight heading into the playoffs.

(Check below for the complete playoff schedule of area baseball teams.) 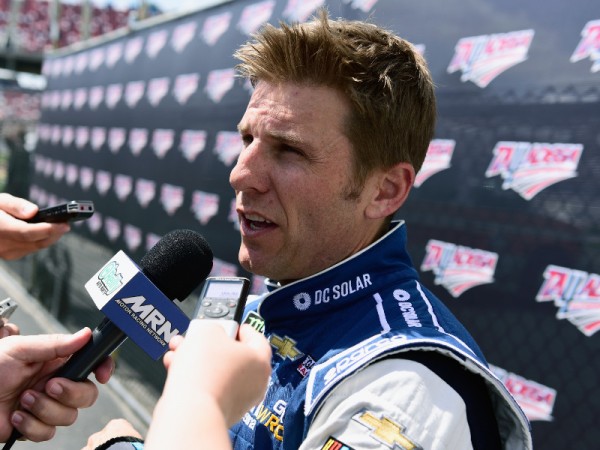 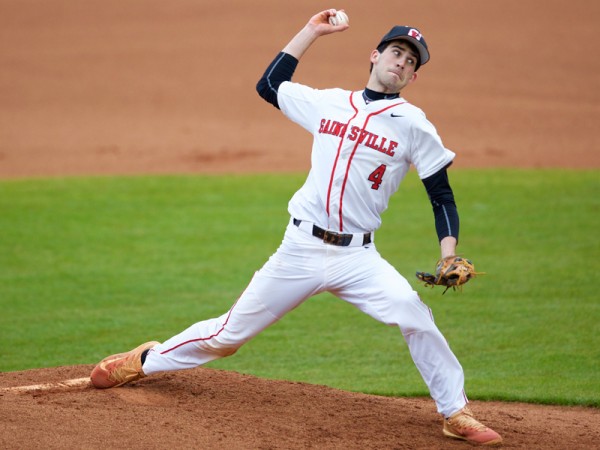 Playoff baseball: Gainesville splits with Cambridge to set up Game 3
Collier Scott's Game 1 pitching performance helped ensure that Gainesville baseball enters Saturday with a chance to move on in its first round Class 6A state playoff series with Cambridge. 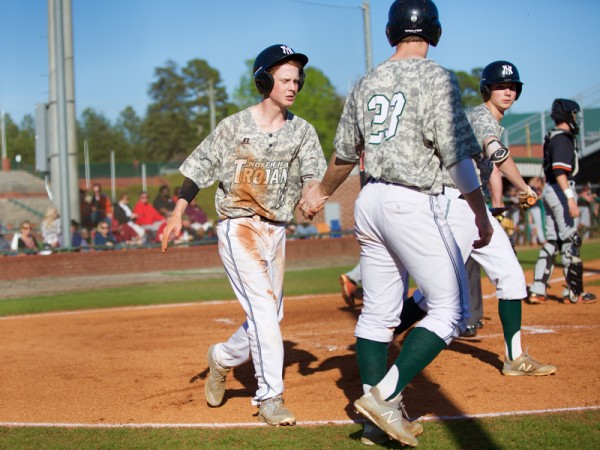 Playoff baseball: Gainesville splits with Cambridge to set up Game 3
Collier Scott's Game 1 pitching performance helped ensure that Gainesville baseball enters Saturday with a chance to move on in its first round Class 6A state playoff series with Cambridge.
By Morgan Lee 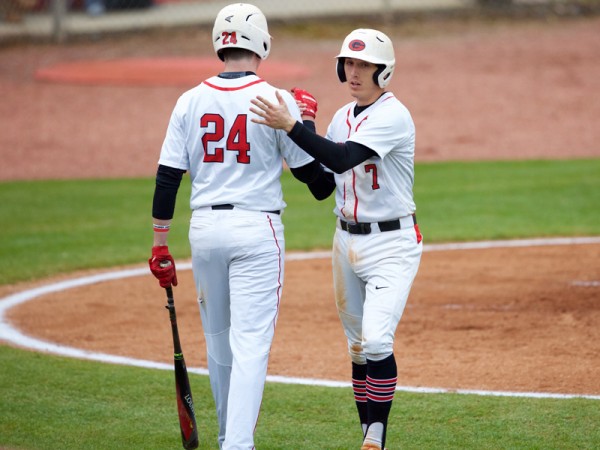