Suwanee to enter into agreement with GDOT for bridge replacement project 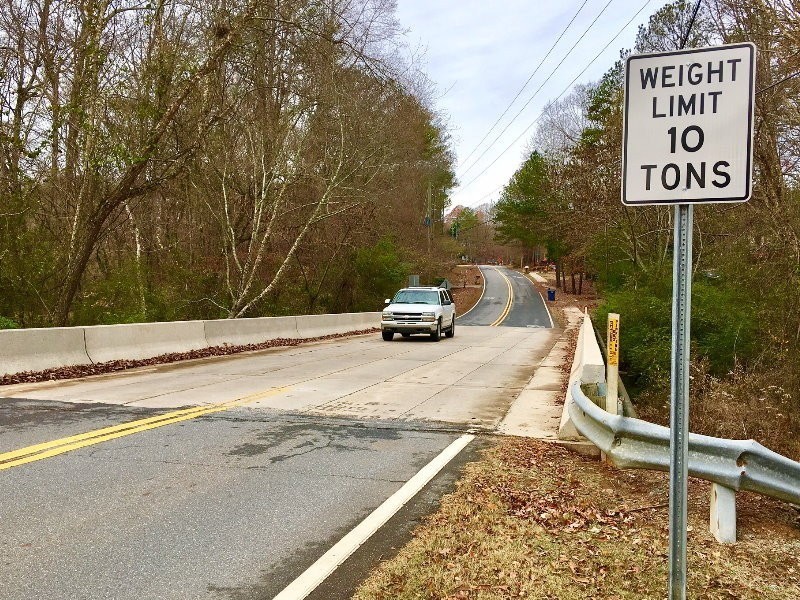 The Martin Farm Road bridge would be replaced at a cost of $2.4 million. (File photo)
Contact Editor

Suwanee City Council is expected on Tuesday to enter into an agreement with the Georgia Department of Transportation to replace the bridge along Martin Farm Road, near the Suwanee Creek Greenway.

City leaders first looked at rehabbing the bridge in 2016, but in the process of mapping that out, they got word from GDOT that there could be state funding in place, should the city decide to replace the bridge entirely.

"This agreement would begin the process of making that happen. (Suwanee) would be respondible for a portion of the right-of-way costs, and (GDOT) would be assisting with the actual construction," said Marty Allen, city manager.

The city will have to pay approximately $315,000 for 50-percent of the right-of-way costs, based on estimates by the city staff.

As far as a timetable for the work, which would have started in early 2017 had it been a simple rehab project, Allen said it's still fairly early in the process.

"We're quite a ways off — 12 months or more off from actual construction. This is preparation for that," said Allen.

The total project cost comes to $2.4 million, according to city documents.

The agreement will come up for a vote Tuesday at Suwanee City Council's monthly voting session.