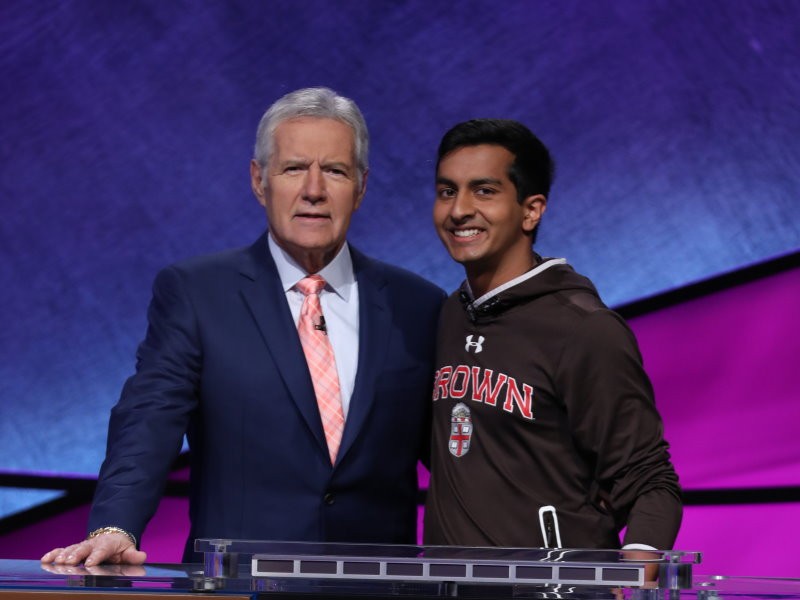 Local fans of the television game show Jeopardy will be in for a treat Tuesday evening, when a Gainesville native and Lakeview Academy alumnus makes an appearance on the show's college tournament, representing Brown University.

Dhruv Gaur, a 2017 Lakeview graduate who you may recall scored a perfect 1600 on the SAT, said he can't reveal how he fared on the taped telecast, but said there's always a possibility he appears on more shows than just Tuesday's episode.

Gaur, who self-identified as a "repository of useless knowledge" when interviewed by AccessWDUN, first got the idea to try out for Jeopardy while he was attending Lakeview Academy in Gainesville.

"I watched last year's college tournament, and I realized I was getting a lot of the questions right. So I told my dad: 'I kind of want to try out for this.' The online test came out, and I took (it)," said Gaur.

Next thing Gaur knew, a Jeopardy representative was calling him, inviting him out for a live audition.

"I didn't think anything would come out of it, because I'm just a freshman," said Gaur.

Sorry, that answer is incorrect.

Gaur got another call back, this time inviting him to fly out to Los Angeles and appear on the college tournament that would air on television.

Even with a repository of trivia stored in his brain, Gaur said nothing can really prepare you for the feeling of standing behind the desk on the Jeopardy set.

"I did Academic Bowl in high school, and I thought it would be similar. It is, but it also isn't, because everything just seems a whole lot more important," said Gaur.

Giving a peak behind the proverbial curtain, the handheld buzzer that Jeopardy contestants hold apparently isn't as easy as it looks on television, either.

"It's really hard to navigate, to get in before the other two people you're playing against," said Gaur.

Another twist that viewers might not notice at home: Sometimes the impeccable Alex Trebek misspeaks, or flubs a word, and a clue must be re-read and re-recorded.

"I didn't expect this, but he sounds exactly like he does on TV, which is kind of shocking, because he's just very composed on TV," said Gaur.

The Gainesville native, who wouldn't crack when this reporter tried to pry the "Final Jeopardy" question out of him, said he was just thrilled for the opportunity to represent his hometown, and his college.