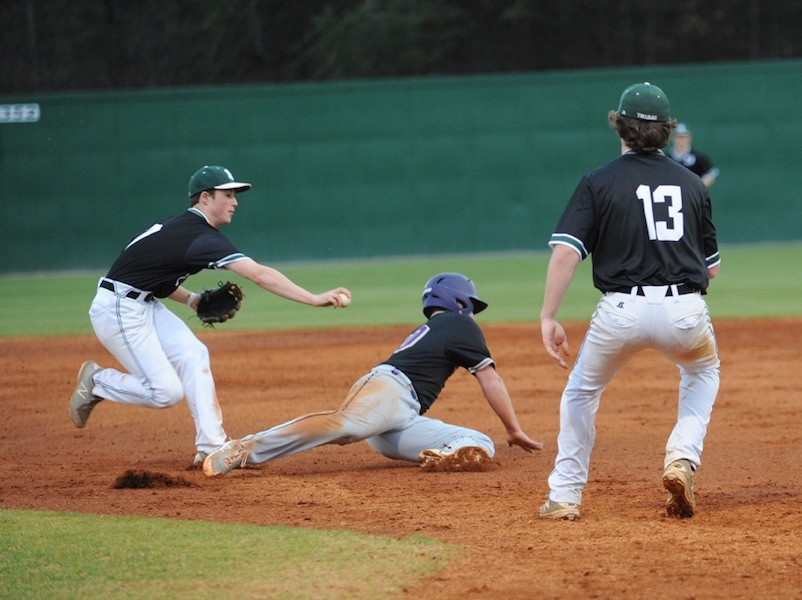 GAINESVILLE — Despite a now 11-game win streak, first-year North Hall baseball coach Trevor Flow said it is time for his young squad to start acting like a team with championship aspirations.

“Honestly, for a championship team, our energy level needs to be much better,” Flow said after watching his group escape with a 3-2 win over Union County Wednesday at Jody Davis Field for the Trojans’ (13-3, 8-0 Region 7-3A) 11th straight victory.

North Hall is coming off its first-ever state title in 2017. But with just three seniors and a host of sophomores and juniors that saw little varsity action last year on the roster, Flow said getting the group to understand how to get back to that level has been a challenge.

The energy was certainly there for the final pitch, as center fielder Dylan Wiley uncorked a laser beam to catcher Charlie Erickson that gunned down Union County’s Jonathon Everrett at the plate to end the game (on a Patrick Baggett single).

“A tremendous play,” Flow said. “Our outfield is pretty strong defensively and Dylan may be the most improved player (defensively) on the entire team. He made a great throw. But I was a little surprised that they sent the runner.”

The Trojans also showed that energy in the opening inning as starter Caleb Clark set the tone in setting down the Panthers in order in the first with a pair of flyouts and a strikeout. Meanwhile, the North Hall offense got a quick start against Union County starter Cole Davis.

Clark doubled to lead off the game for the Trojans and moved to third on a bunt single by David Seavey. Reese Olson followed with an RBI single just three batters in. Jackson Dyer walked with one out to load the bases and Caleb Wiley knocked in Seavey for a 2-0 lead. However, Davis got out of the inning by inducing a double-play ground ball from Caden Bales.

It was the middle innings that gave Flow pause for concern. North Hall stranded 11 runners, eight in scoring position, four at third base. The Trojans were just 3-of-12 with runners-in-scoring-position for the game.

“We hit the ball hard, but we couldn’t get that big hit to break it open,” Flow said. “That is kind of where our energy level needs to pick up, when we have those opportunities like that.”

Davis worked around a lead-off walk in the second and got out of a huge jam in the third as the Trojans loaded the bases when a Dyer single was sandwiched by walks to Erickson and Bales. But Davis struck out Tyler Brooks end the threat.

The Trojans again threatened in the fourth as Seavey was hit by a pitch with two out and moved to third on a stolen base and single by Olson. But Davis again got out of trouble via a Erickson line out to rightfield.

The lead stayed that way until the Panthers finally broke through in the fifth. Everett singled, Alec Scott walked, and Logan Dyer tied the game with a two-run single to right. Dyer’s hit came on a 1-2 pitch.

North Hall answered right back in the bottom of the fifth, however. The Panthers replaced Davis with Baggett, and Jackson Dyer singled to lead off the inning. He moved to third on a pair of wild pitches and then scored on a deep sacrifice fly to center from Bales for a 3-2 lead.

Kelton Kieschnick came on for Clark in the sixth and held things together, also benefitting from the defensive play of the season so far for the Trojans, to preserve the win. Kieschnick went two innings surrendering two hits and fanning two to earn the win.

“Kelton has really been improving,” Flow said. “He’s kind of quiet off the field but when he comes in the game he has that closer mentality. We may use him more in that role down the road. He did a great job.”

Clark went five innings allowing two runs on four hits and three walks but did strike out seven for North Hall in a no decision.

The two foes will wrap their three-game series on Friday in Blairsville. 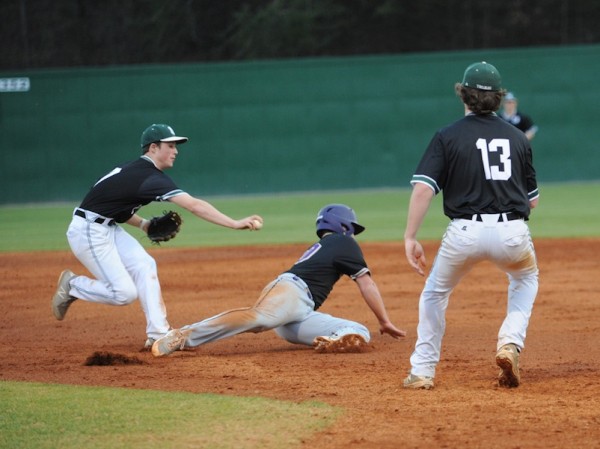 Baseball: Trojans push win streak to 11 on defensive gem
Despite a now 11-game win streak, first-year North Hall baseball coach Trevor Flow said it is time for his young squad to start acting like a team with championship aspirations... 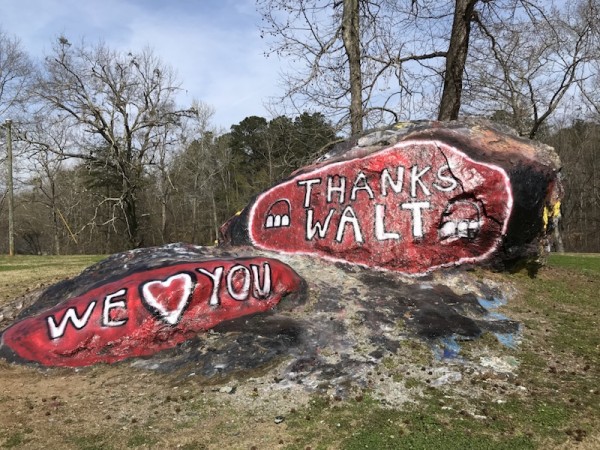 VIDEO: Legendary voice of Red Elephants, Gainesville icon Walt Snelling left us with incredible memories
Walt Snelling was woven into the very fabric of Gainesville High athletics, as much a part of Big Red as The Rock, City Park or any number of the illustrious athletes and committed coaches to have graced the playing field. 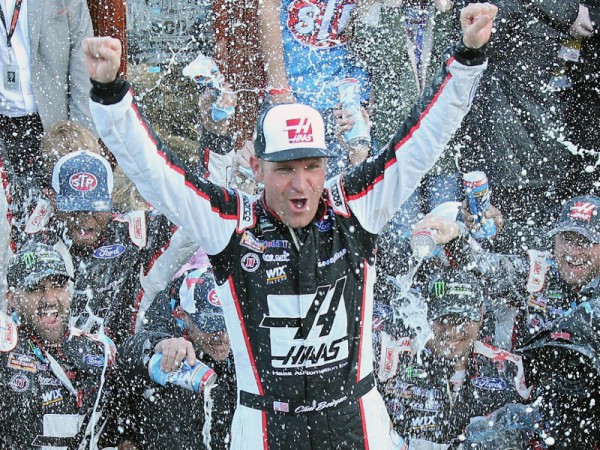 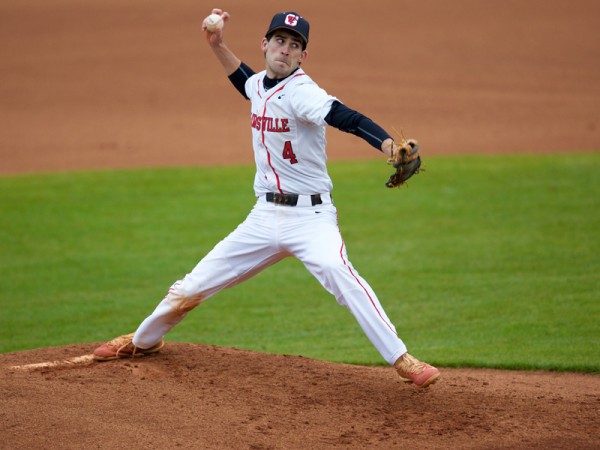 Baseball: Red Elephants take 2nd straight 8-6A win in shutout over Hab Central
After a shaky start to the Region 8-6A schedule last week, Gainesville may just be ready to turn the corner... 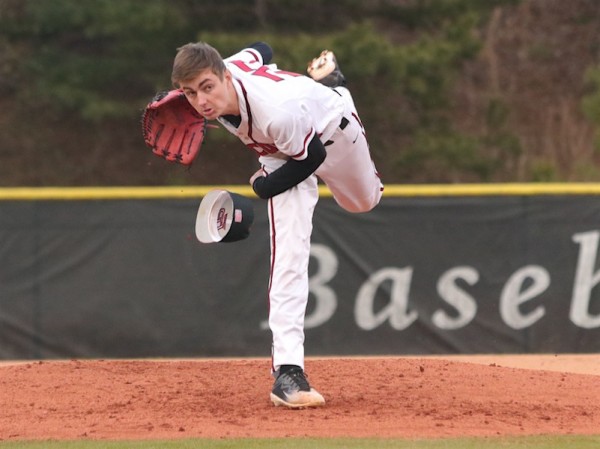 (VIDEO) Baseball: Sechrist helps Branch to 2-1 win over Loganville
Flowery Branch baseball may not have piled up the offensive stats on Friday but games aren't won by stats -- they're decided by performances like Zander Sechrist's.
By AccessWDUN Staff
Privacy | User Agreement | Contact | Advertise With Us
2021 © Jacobs Media Corporation. All rights reserved. EEO Report. Website by Full Media
Login / My Access
close
Search