So when the Spartans searched for a successor to Lotti -- who announced this week that he is leaving to take over the Apalachee program -- it only made sense to look for someone who knew first hand how West Hall climbed to new heights.

With that in mind West Hall Principal Scott Jutus announced on Friday that he has promoted offensive coordinator Krofton Montgomery to the head coaching role.

"My intention, as soon as I learned about coach Lotti, was to keep the program together and keep things going in the right direction," Justus said. "Coach Montgomery will do that. He has been our offensive coordinator for the last five years, and the expertise he has shown in that time has been impressive. He's very knowledgeable, and he's going to be able to keep a large portion of the stafff that's already here together, and he's going to keep this community solid and pointing in the right direction."

Montgomery, who joined Lotti's staff for his second season at West Hall, was part of a coaching unit that led the Spartans to five straight state playoff appearances (2013-17), the program's first-ever region title (7-AAA in 2014) and its first postseason win in 16 years. Prior to Lotti's arrival West Hall went nine seasons without a winning record under four different head coaches.

"Our kids don't fear any more. Our kids believe -- they don't know any other way. We want to continue that and maybe take it to the next level," said Montgomery, 36, who will be taking his first head coaching role after serving as an assistant for 15 years. "I'm very excited to be leading West Hall into the future, and I want to thank Scott Justus and athletic director Ethan Banks for putting their trust in me."

As a five-year member of the Spartans staff, Montgomery knows the tests that lie ahead in Region 7-AAAA -- which will include Blessed Trinity, Chestatee, Denmark, Flowery Branch, Marist, and White County for the 2018-19 and 2019-2020 school years.

"The region will be tough, but I'm looking forward to the challenge," said Montgomery, whose Spartans, for the last two seasons, competed in a 7-AAAA that included 2017 Class AAAA state finalists Blessed Trinity and Marist. "We've played the best in Class AAAA year after year, and it's shown us a lot, and we've learned and competed hard with those teams."

Certainly Justus was impressed with Montgomery's approach to the task.

"Of all the people we talked to for this position -- and we got plenty of quality applications -- everybody wanted to talk about the region, but coach Montgomery never even brought it up," Justus said. "He's not scared of a challenge.

"We wanted a coach that would work hard, knows the Xs and Os and would give us the best chance to win. And coach Montgomery does that. Plus he knows these kids and knows these coaches. This is big news for us."

"To have a chance to be a head coach and keep a lot of the people on staff that I trust is huge," Montgomery said. "Coach Wagner has coached for 22 years and been a head coach, and that's an incredible asset to have on our staff. It's not just about one person. I'm a firm believer in having a staff that works together and staff cohesion. And we've got a passionate group that cares about the kids."

Montgomery, an Ohio native that came to Georgia 15 years ago and joined the Winder-Barrow staff under then coach Brian Allison (now at Union County), has also coached baseball at both schools.

"I've learned a lot from a lot of great head coaches; I took something from all of them," said Montgomery, a former offensive lineman at Heidleberg College and Bowling Green. "Starting out under coach Allison was one of the best things that could have happened to me. And I can't say how much I learned from coach Lotti about the program aspect of coaching. He's still a great friend of mine, and we built this offense together."

That said, Montgomery will add some signatures of his own for the Spartans.

"We're going to throw the ball a little more," said Montgomery, whose team went 5-6 in 2017, finishing as the fourth seed in 7-AAAA. "I'm an old offensive lineman, so I love to run the ball. But in high school football you fit your system to the kids you have, and I'm excited about what we have coming back. We only had four percent of the offense coming back last year. Luckily, the cupboard is not bare."

Montgomery added that he also learned about special teams from Lotti, and will continue to ensure West Hall's kicking and return game remains a strength.

"We want all three units to be strong, and we want kids to take pride in their unit," Montgomery said. "We've had some great special teams play through the years; it even predicated a little of how we played offense and defense at times. And we've also won some games on last second field goals with our kickers. Coach Lotti was our special teams coordinator, so we'll have to make a change there, but he made sure you see how important that is."

Montgomery will also maintain the overall vision for players within the program.

"You've got to teach the kids, and not just about football. You teach them about being better students, better men and, hopefully, one day about being better husbands and fathers," Montgomery said. "This program is bigger than one person. We've preached that for six years, and I hope that continues."

West Hall promotes Montgomery to take over football program
West Hall High School Principal Scott Justus said he was going to move quickly in finding a replacement for Spartans football coach Tony Lotti, who announced he was leaving the school this week to take over at Apalachee. 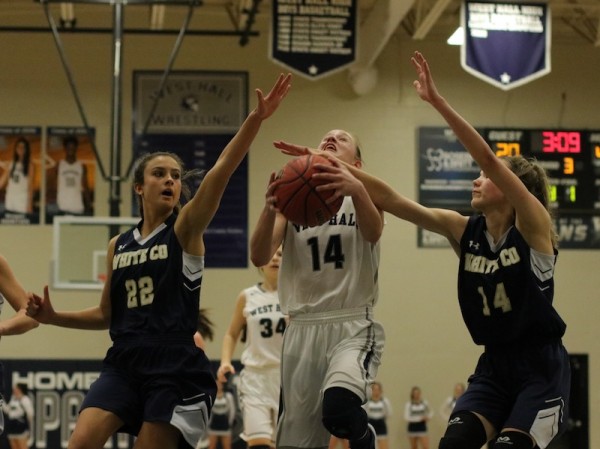 VIDEO: McKendree gunning for final flourish to stellar career
From the moment Anna McKendree burst on to the prep basketball scene as a precocious freshman at West Hall, it was obvious big things were in her future... 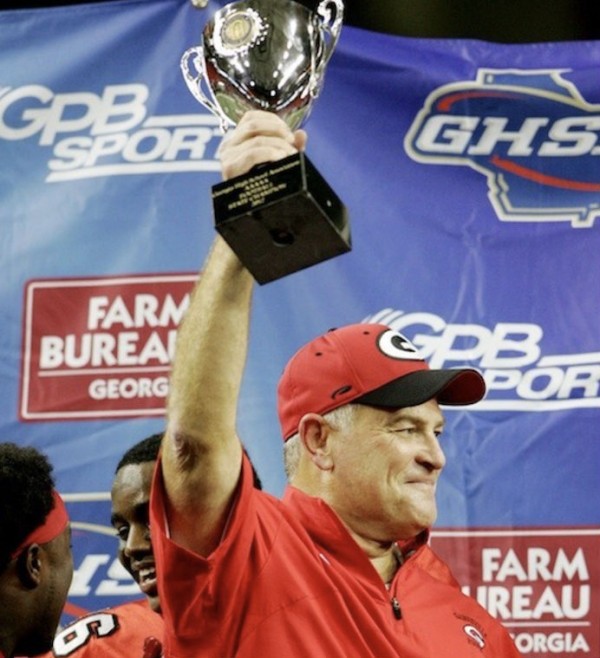 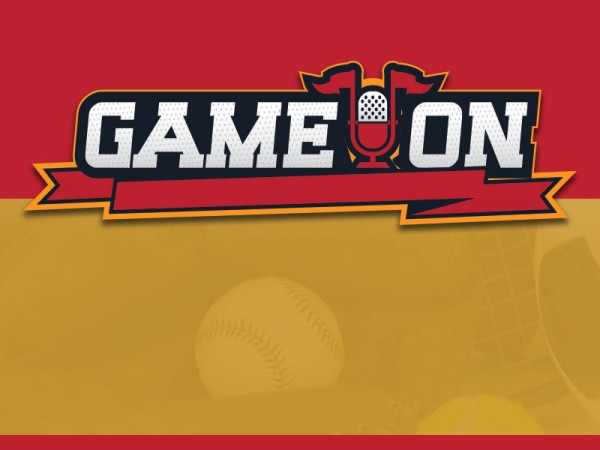 Prep Talk podcast with Morgan Lee and Katie B. (1-31-18)
The coaching shuffle of 2018 continued Wednesday with the news that Tony Lotti would be leaving West Hall after six years to become the head football coach at Apalachee High School. Lotti built West Hall into state playoff mainstays and helped the program win its first region title in 2014. He inherits a Wildcats' program that has four total wins since going 5-5 in 2012. In this week's edition of the Prep Talk podcast, Morgan Lee and Katie B. discuss Lotti's exit and the upcoming region basketball tournaments. 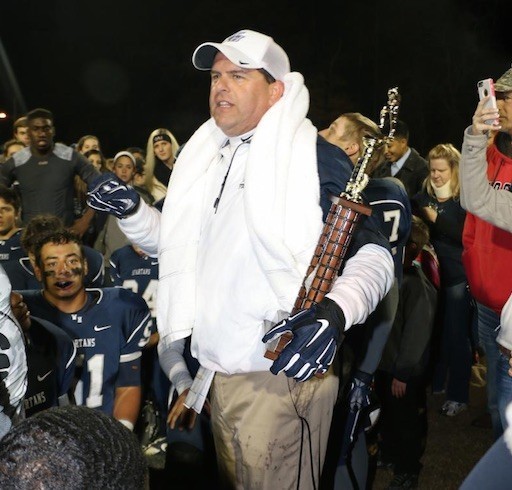 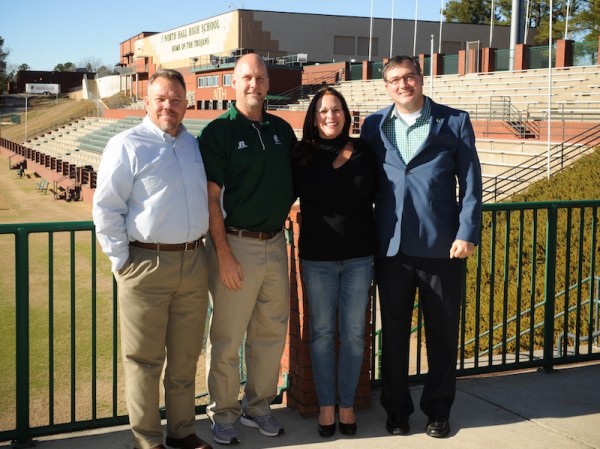 VIDEO: Bruce Miller reflects on success, memories at Gainesville
Through 44 years of coaching and teaching Bruce Miller has seen and accomplished just about everything on a high school football field. 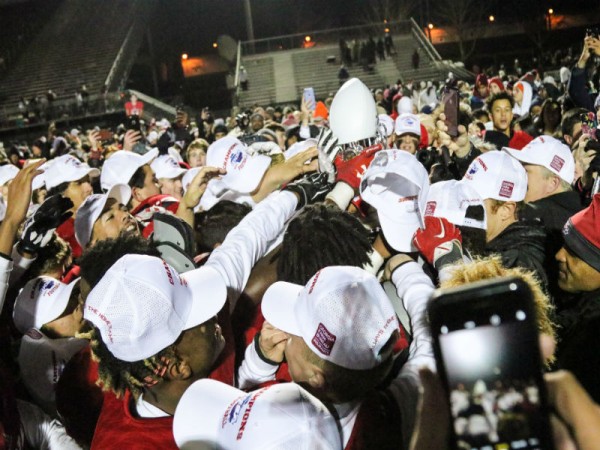 North Gwinnett's Stewart among National COY finalists
North Gwinnett's Bill Stewart High School’s head football coach was a finalist for the Don Shula NFL High School Coach of the Year Award after being nominated by the Atlanta Falcons...
By AccessWDUN