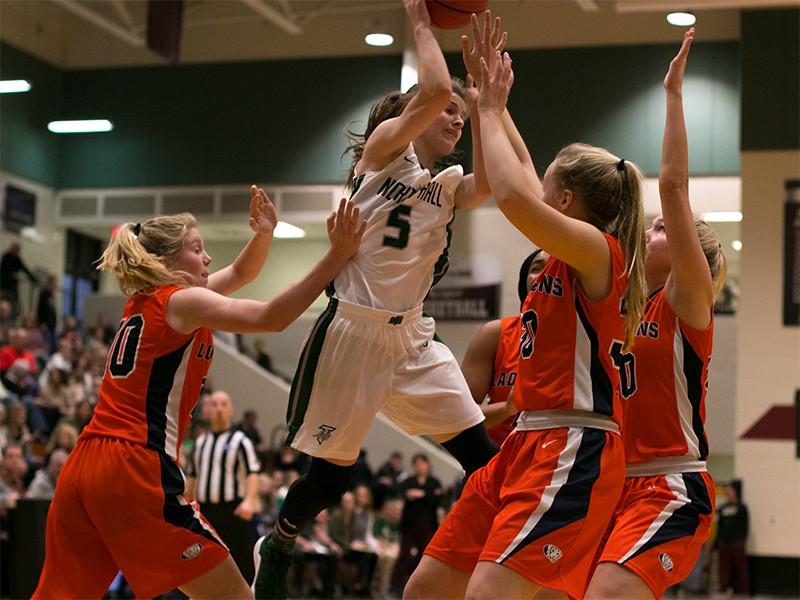 GAINESVILLE — The 59th Lanierland Tournament got under way Thursday at Chestatee High School with some outstanding games but few surprises, sort of.

(Scroll down to see Thursday’s results as well as Friday’s matchups for Day 2 of the Lanierland Tournament.)

Perhaps the most interesting matchup of the day was the last. Despite coming in with just four wins against a steaking Cherokee Bluff team, two-time defending champion Gainesville, sporting a new look and coach, staved off the first-year Bears, who came in having won four straight, in a 76-65 victory in the final game of the day.

The opening day, however, was highlighted by the North Hall-Lakeview Academy girls showdown. The Lady Trojans took a thrilling 60-59 win in the waning seconds on a Ashleigh Ferguson layup after the two teams produced seven ties and traded 12 lead changes, including three in the final minute.

In other action,  the Chestatee girls advanced to the semifinals for the first time since 2014 with a 60-34 win over West Hall and Gainesville beat East Hall 70-62 behind 30 points from Tija Blackwell.

For the boys, Lakeview Academy overcame a slow start to knock off West Hall 60-42. North Hall pulled away from Flowery Branch for a 55-46 victory and East Hall ran past Johnson 62-49 to advance to the semifinals.