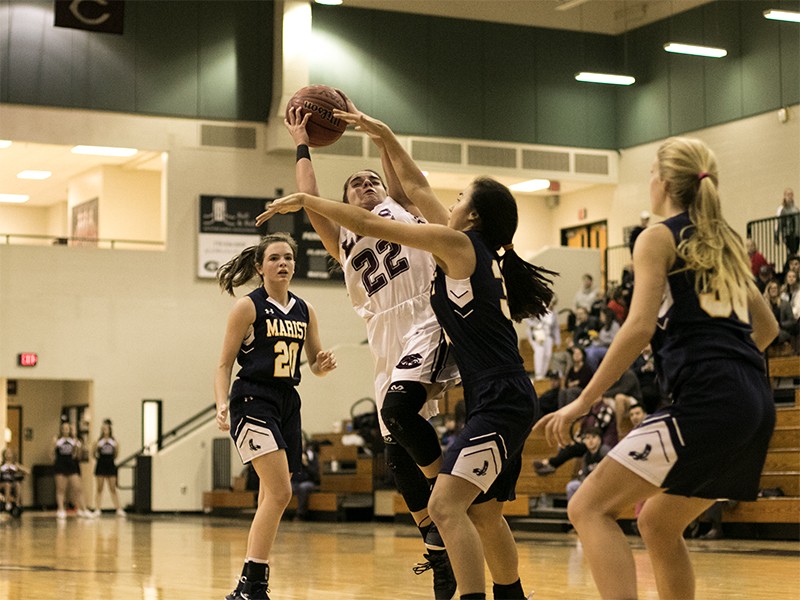 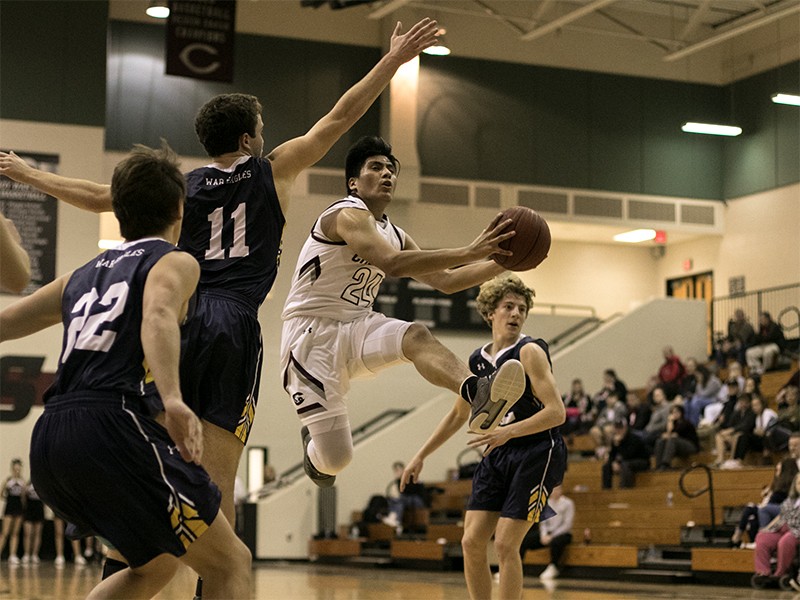 GAINESVILLE — First-year Chestatee girls coach Sutton Shirley has been wondering what his group could do if it could put four full quarters together.

He found out Tuesday night as the Lady War Eagles rallied from five points down late in the fourth quarter and then held on for a surprising 48-46 overtime win over defending Region 7-4A champion Marist at the Chestatee gym.

“We played our tails off for four quarters,” Shirley said. “Just real pleased with the effort. The key to me was that we really competed hard on the defensive end.”

The Chestatee boys, however, fell to Marist 59-51 in the nightcap.

A 3-pointer by Bowen Corley and a Beth Eddins basket tied the game with just over a minute. The teams traded turnovers and a missed Marist shot sent it to the extra period.

In the overtime, Marist (4-3, 1-1) hit a pair of free throws sandwiched around a Maggie McNair basket and McNair drained two free throws with 1:17 left. The defense took over from there as Emma Easterwood got a huge block with 5 seconds left and Marist missed a wild shot at the buzzer.

Easterwood and McNair each finished with 6 points, 10 coming in the second half. Christina Garcia paced Chestatee with 13 points and Nicole Sedwick added 11.

“Hopefully this is just the kind of game that we can use to get us going,” Shirley said. “This means a lot to us.”

The Lady War Eagles hung tough with the defending region champions early as the two teams traded four leads in the first 90 seconds. Chestatee led 5-4 on a Sedwick basket before Marist answered with a 9-0 run, capped by a 3-pointer from Reese Damm, for a 13-5 lead with 2:31 left in the first quarter.

Chestatee battled back to within 17-13 heading into the second quarter and twice pulled within a point at 21-20 on a Easterwood basket and at 23-22 with just over a minute left in the half on a Eddins basket. The Lady War Eagles defense forced five turnovers and held Marist to just six second quarter points.

Chestatee had chances to take the lead late in the half but missed 5 of 6 free throws.

Marist opened the third quarter with 3-pointers from Riley Donahue and Damm for a 29-22 lead but a quick timeout by Shirley turned the momentum.

“We told them to just relax and go play and they responded well,” he said.

The Lady War Eagles used a 10-3 run, holding Marist to just one field goal over the next 7 minutes, getting a 3-pointer by Sedwick to tie the game at 32 setting up the final comeback.

Damm finished with 13 points and Annabelle Ewing had 12 for Marist.

Marist used its height advantage to stymie Chestatee’s outside shooters in taking the Region 7-4A win on the road.

Chestatee’s Cameron Gwynn, who came in on pace to break the school’s single-season 3-point record, was harassed the entire game by a swarm of Marist defenders hitting just 3-of-14 from behind the arc. Gwynn finished with 15 points to lead the War Eagles (7-3, 1-2 Region 7-4A) but never found a consistent stroke.

Meanwhile, after Chestatee cut it to 47-45 on a pair of Brenton Nicholson treys with 3:54 left, Marist (5-2, 3-0) held the War Eagles to just one field goal the rest of the way while going 8-for-8 from the foul line over the final 57 seconds.

Marist was 12-of-15 from the line in the fourth quarter alone. Chestatee managed just 11 free throw attempts for the game, hitting just six.

The teams traded the lead nine times through the first three quarters with Marist using a 6-0 run over the final 2:16 of the third quarter to take the lead for good, 39-34.