(VIDEO) North Hall gets back on track with a vengeance, 62-13 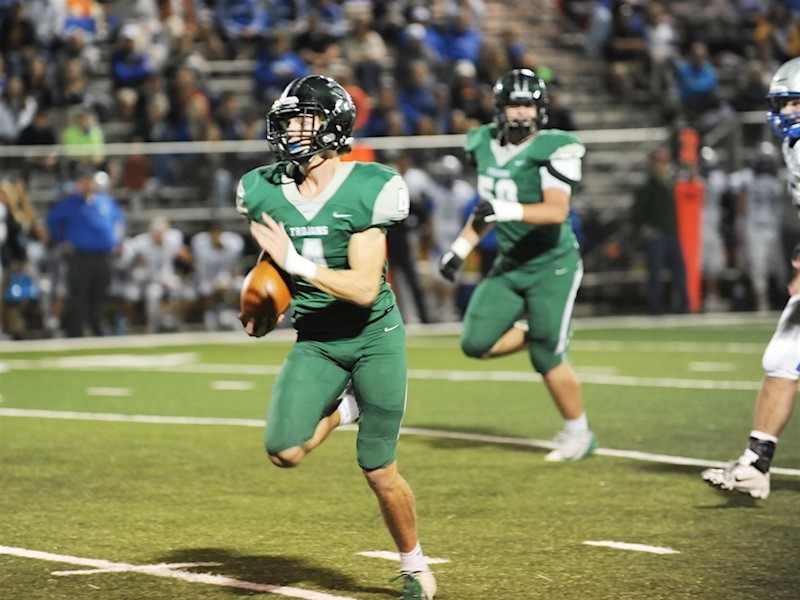 GAINESVILLE — After a week off to contemplate its first loss of the season, North Hall football entered Friday's showdown with Fannin County on a mission.

Sixty-two points and 663 yards of offense later, the Trojans looked to have made their point.

North Hall pulled away from a 27-13 first quarter to run away with a 62-13 victory over the Rebels in Gainesville, handing Fannin County its first region loss of the campaign.

More importantly, it created a three-way tie for second place in Region 7-3A between North Hall, Fannin and Dawson County (which was on a bye on Friday), meaning the Trojans still have the ability to clinch at least a first round home state playoff bid. If they continue to put up numbers like Friday's they'll have to like their chances to do just that.

The Trojans (6-1, 2-1 Region 7-3A) rushed for 534 yards on 41 carries -- 13 yards per carry -- including 239 yards on just nine carries for JT Fair, who also had three touchdowns. Daniel Jackson added 127 yards rushing and two scores, while Tate Brooks chipped in with 91 yards on four carries in mop-up duty.

North Hall quarterback David Seavey also rushed for 29 yards and a score while completing 5 of 8 passes for 129 yards and two TDs.

The Rebels (3-4, 2-1), meanwhile, moved the ball early, scoring two first quarter touchdowns from quarterback Luke Holloway -- one throwing and one rushing. But North Hall settled in after that, allowing just 188 total yards for the contest and picking off two Fannin passes.

The Trojans jumped out to a 13-0 advantage on a 52-yard touchdown run from Jackson and then a 62-yard scoring pass to Jackson. It set the tone for a big-play North Hall offense that also scored on a 51-yard run from Fair and a 45-yard run from Fair.

North Hall led 34-13 at the half and never looked back, as Seavey, Fair and Trey Sanders each scored after the interval.

The Trojans will look to keep rolling next week against Lumpkin County in Gainesville.