8:10AM ( 39 minutes ago ) News Alert
TRAFFIC (Dawson Co.) Highway 53 shut down at Hugh Stowers Road due to injury crash 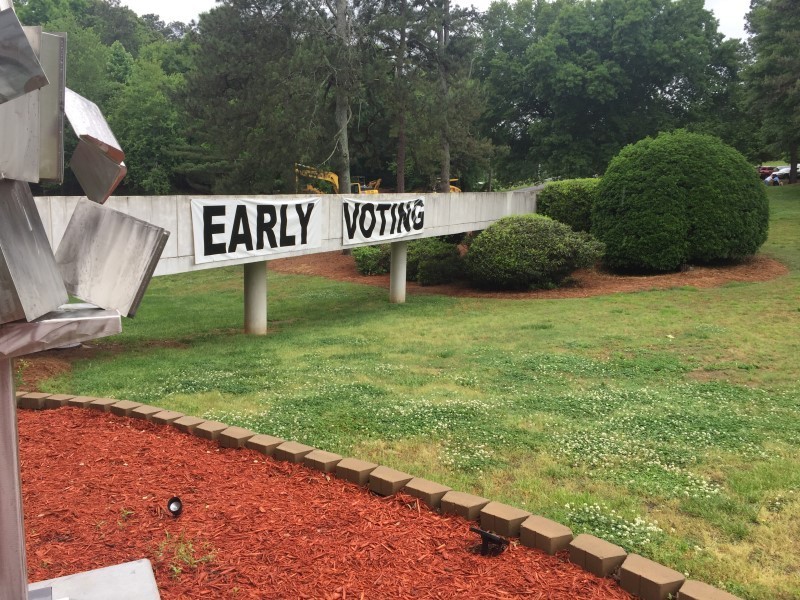 Early voting for the Nov. 6 elections begins in Georgia Monday and will continue for the next three weeks.

In Hall County, you can vote Monday-Friday, 8:00-5:00, at the elections office in the county government center.  Early voting ends Nov. 2.  In addition, Saturday voting will take place statewide Oct. 27.  There will be several polling places open for Saturday voting in Hall County:  the elections office, the Spout Springs Library, East Hall Community Center, and the North Hall Community Center.  Each will be open 9:00-4:00.

The county's Elections Director, Lori Wurtz, says that as of Friday, 3,527 Absentee Ballots by Mail had been sent out and 521 have been returned.

The Atlanta Journal-Constitution reported earlier this month that, statewide, almost twice as many absentee ballots had been cast this year compared to the same time period prior to the 2014 midterm elections.

Wurtz also said her office is still processing voter registration applications that were submitted by the deadline of October 9.  "At one point, we had a line formed down the hall in our office, as citizens came in to register to vote."

You'll find sample ballots and other information on the elections office Website.

For early voting and other election information for other counties in the region, check with your local elections office.  In addition, the Secretary of State's Website has voting information and sample ballots for all 159 counties in Georgia.

In addition to races for Governor and other state offices, Congress, and many local offices, there are five proposed constitutional amendments and two referendum questions on ballots statewide.  You'll find them listed on the Secretary of State's Website along with, at the bottom of the listing, a summary of each.

Meanwhile, Secretary of State Brian Kemp reported last week that Georgia has shattered the all-time voter registration record with more than 7 million active and inactive voters on the rolls. October 9 was the registration deadline.