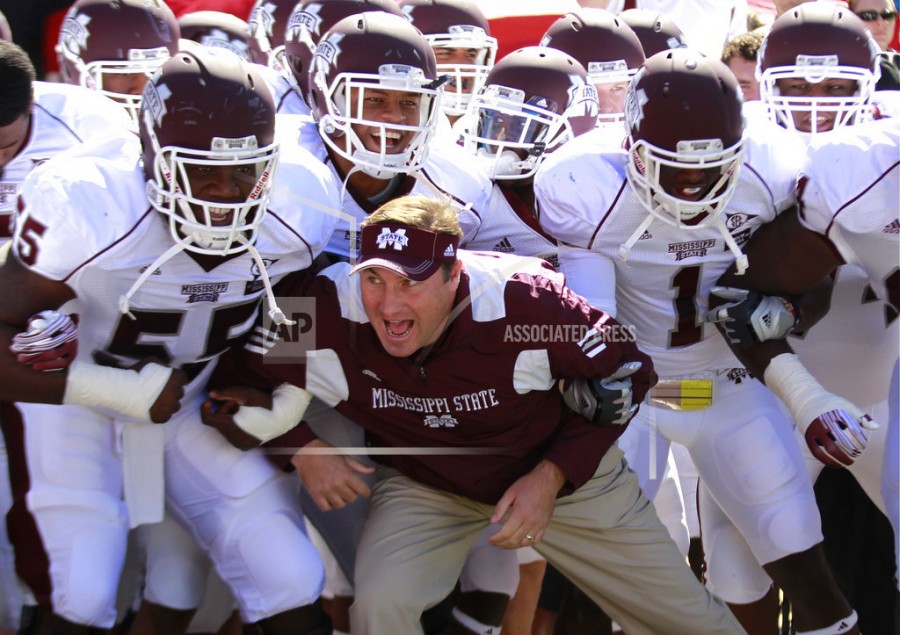 FILE - This Oct. 1, 2011 file photo shows Mississippi State head coach Dan Mullen trying to get his team fired up before an NCAA college football game against the Georgia in Athens, Ga. There's just not a whole lot of history between Georgia and Mississippi State, who share a league and a nickname but little else. Despite being alleged rivals in the Southeastern Conference, these teams have met only 23 times over the years. When they face off Saturday, Sept 23, 2017 in Athens, it will be the first time they’ve played with both ranked in the Top 25.
(AP Photo/John Bazemore, file)
Related Articles
Georgia's Eason (knee) back at practice, no word on returnBulldogs’ 2018 football schedule announcedGeorgia vs. Miss St: Biggest meeting yet in a pseudo-rivalry Georgia showdown at Tennessee scheduled for 3:30 p.m.
Contact Editor

Things to watch in the Southeastern Conference in Week 4:

MATCHUP OF THE WEEK: Alabama rushing attack vs. Vanderbilt run defense: Vanderbilt has allowed the fewest points per game (4.3) and yards per game (198.3) of any Football Bowl Subdivision team. That defense clearly faces its toughest test Saturday against the top-ranked Crimson Tide. Alabama averages 6 yards per carry with a backfield that includes quarterback Jalen Hurts and running backs Damien Harris and Bo Scarbrough. Hurts has a team-high 312 yards rushing and has gained 8.7 yards per carry. Hurts has run for over 100 yards in each of the Tide's last two games. This should be a busy day for Vanderbilt linebacker Emmanuel Smith, who had a team-high 12 tackles in the Commodores' victory over Kansas State last week.

NUMBERS GAME: No. 20 Florida is seeking to beat Kentucky for the 31st straight time this week. Florida's 30 straight victories over the Wildcats represent the longest active winning streak by any team in an uninterrupted annual series. The NCAA record is owned by Notre Dame, which beat Navy 43 straight times from 1964-2006. ... Texas A&M's 45-21 victory over Louisiana-Lafayette last week marked the first time the Aggies ever had four true freshmen score touchdowns in one game. The touchdowns came from Kellen Mond, Jhamon Ausbon, Jacob Kibodi and Camron Buckley. ... LSU has won 48 straight nonconference home games heading into Saturday's game with Syracuse. Harvard owns the NCAA record with 55 straight nonconference home wins from 1890-95. ... Vanderbilt has outscored its first three opponents 63-7 in the first half. ... Auburn's defense is allowing just 3.18 yards per play to lead the nation. Ranking second is Mississippi State (3.34) and third is Vanderbilt (3.44).

UPSET WATCH: Florida is a 2 ½-point favorite at Kentucky and obviously has history on its side in this annual series, but the Wildcats arguably have looked more impressive thus far. Kentucky is coming off a 23-13 victory at South Carolina , while Florida is still missing nine suspended players. Kentucky is seeking its first victory over Florida since 1986 and its first 2-0 start in SEC competition since 1977.

IMPACT PERFORMER: Tennessee running back John Kelly leads the SEC with 349 yards rushing and also has 16 catches to match the second-highest total in the conference. He's averaging 180 all-purpose yards per game to rank sixth among all FBS players . 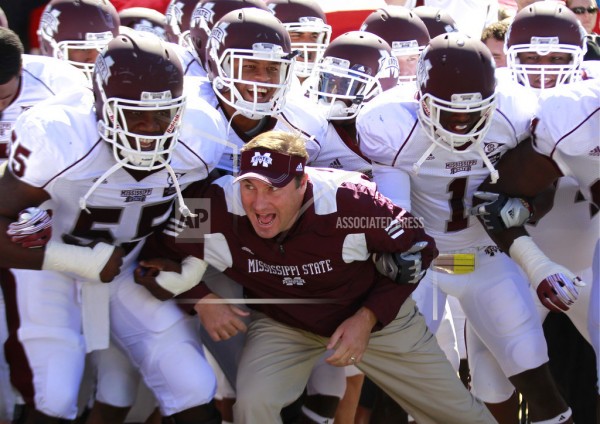 Bulldogs vs. Bulldogs matchup features 2 unbeaten teams
Things to watch in the Southeastern Conference in Week 4... 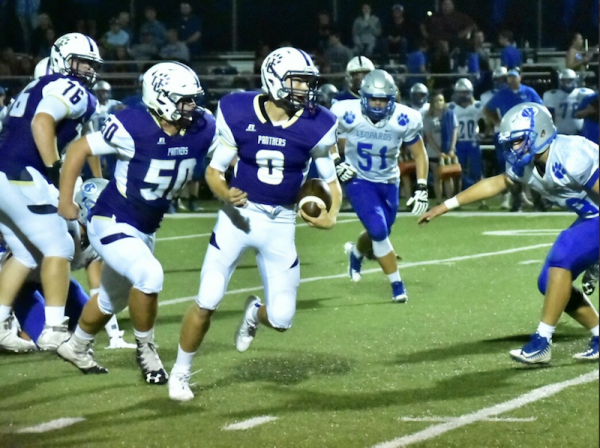 VIDEO: Year of the Quarterback -- Wright's dual abilities leading Panthers' charge
Union County coaches knew Cole Wright was a great athlete with plenty of potential -- but that's about all they knew for certain when they moved Wright from receiver to starting quarterback prior to the 2016 season.
Sports

Hot seats not cooling for SEC coaches like Sumlin, Malzahn
The Southeastern Conference coaches who entered the season facing questions about their job security haven't done much to quiet them... 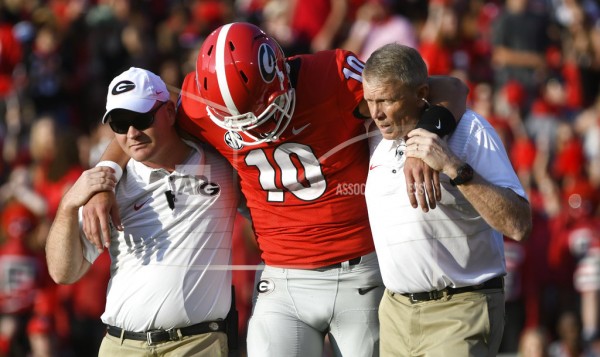 Georgia's Eason (knee) back at practice, no word on return
Georgia quarterback Jacob Eason is back at practice but it's not known if he'll be cleared to play Saturday when the 11th-ranked Bulldogs host No. 17 Mississippi State...
College Sports

Georgia's Eason (knee) back at practice, no word on return
Georgia quarterback Jacob Eason is back at practice but it's not known if he'll be cleared to play Saturday when the 11th-ranked Bulldogs host No. 17 Mississippi State...
By The Associated Press

Bulldogs’ 2018 football schedule announced
League contests at home against Tennessee, Vanderbilt and Auburn -- as well as the program's first game at LSU in 10 years -- highlight the 2018 University of Georgia football schedule, released Tuesday by the Southeastern Conference.
By UGA Sports Communications

Georgia vs. Miss St: Biggest meeting yet in a pseudo-rivalry
They share a nickname and a league. Little else...
By The Associated Press

Georgia showdown at Tennessee scheduled for 3:30 p.m.
The Saturday, Sept. 30, SEC football game between Georgia and Tennessee in Knoxville will kick off at 3:30 p.m. and be televised by CBS.
By UGA Sports Communications 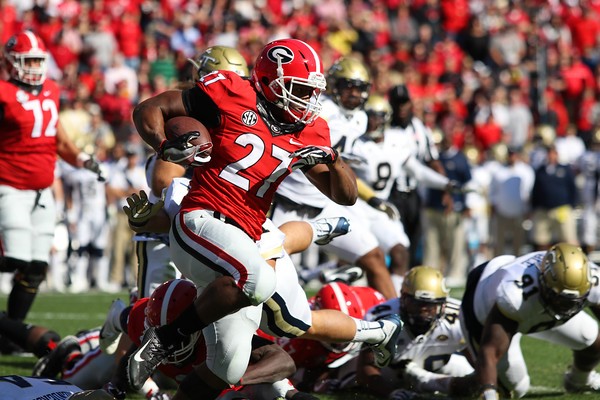 Georgia takes care business, and Samford, in tune-up before SEC opener
If you were a bored Georgia fan Saturday, chances are you were a happy Georgia fan...
By Jeff Hart
Privacy | User Agreement | Contact | Advertise With Us
2020 © Jacobs Media Corporation. All rights reserved. EEO Report. Website by Full Media
Login / My Access
close
Search