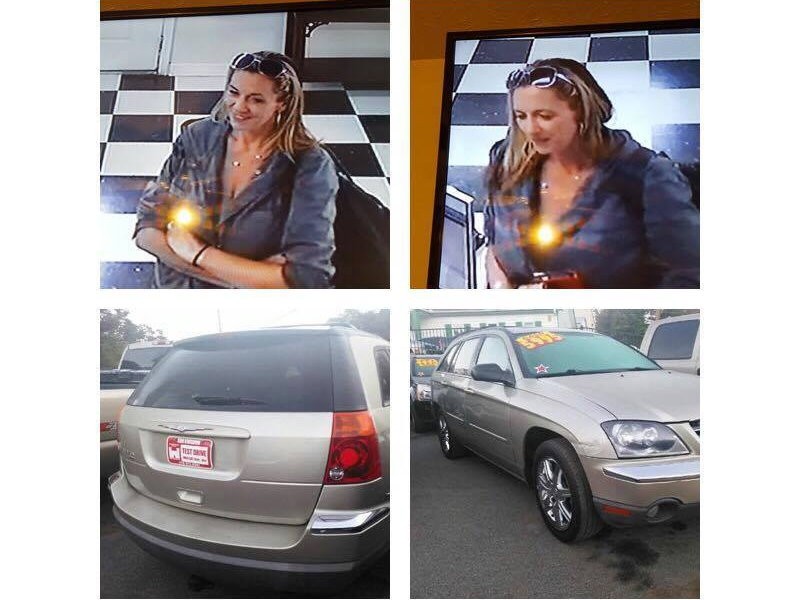 Authorities believe they know the identity of the woman who allegedly took an SUV for a test drive at a Buford car dealership, then never returned.

Amanda Yvonne Moore, 42, is accused of passing a fake driver's license at Kar Kingdom on May 17 before taking off in the 2005 Chrysler Pacifica, according to Lt. Stephen Wilbanks, Hall County Sheriff's Office spokesman.

Moore, who also goes by the last name "Nantz," faces charges of theft by taking, identity theft and forgery.

Wilbanks said Moore has ties to the Paulding County area, and anybody with information on her whereabouts is asked to call the Hall County Sheriff's Office non-emergency line at (770) 536-8812.