2017 Championship Highlights: Buford VS McIntosh from WDUN TV on Vimeo. 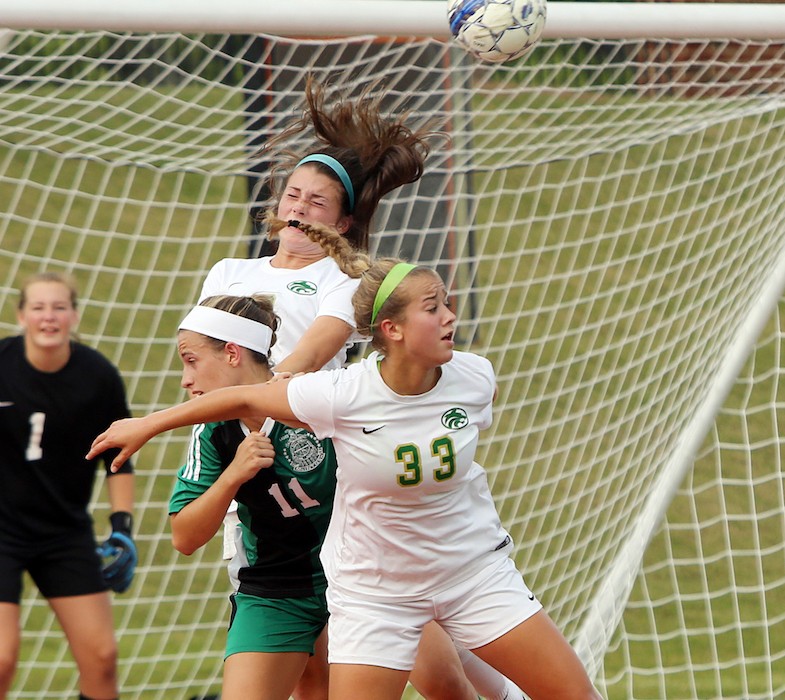 MACON — The wait for a state championship will continue for the Buford girls soccer program.

The Lady Wolves got within touching distance of their first trophy on Friday, battling serial champion McIntosh to a standstill in the first half of their Class AAAAA title match in Macon.

Taylor Malasek was in no mood to let the crown slip from the Lady Chiefs' grasp, however, as the McIntosh striker scored two second half goals to give her program its fifth title in seven seasons and 11th overall.

(NOTE: Check back later for video highlights of the contest.)

"She's a senior, a captain and one of the hardest working players on this team," McIntosh coach Marcia Clark said of Malasek. "She fights and fights for this team."

The striker also has plenty of skill and displayed it to deadly effect in the second half, bouncing back from hitting the post twice to bag two goals over the final 10 minutes to end the Lady Wolves' resistance.

"We were keying on her; we knew she was a quality player, but they wore us down," Buford coach Andrew Eager said. "She scored two goals in the last 10 minutes; that's where big players make money. And we just ran out of gas."

Buford spent much of the second half on the defensive, trying to contain Malasek and teammate Tariah Miller, and when offensive opportunities arose, the Lady Wolves (17-3-2) were often still charging forward in transition, unable to develop any consistent pressure on the Lady Chiefs' defense.

"We're built on the counter, and we just could not get it done when we had the chance in front of the goal tonight," Eager said. "They made the most of their chances and we didn't."

Buford opened the contest looking to make the most of its speed in attack and put the McIntosh defense under pressure from the start via looping passes into the Lady Chiefs penalty area. But the the Lady Chiefs (15-6-2) and goalkeeper Emily Lopez managed to keep the Lady Wolves from finding an early breakthrough and slowly turned the contest into a slugfest in the midfield.

WIth a championship on the line, each team determined not to be outdone physically, and sturdy tackles were the order of the day on both ends. Yet Malasek and Miller began to make a nuisance of themselves, chasing every loose ball and proved thorns for the Buford defense. But the Lady Wolves were up to the task, as Annie Mayo, Kylie Buchanan, Sydney Borgelt and Kristen Edmond stuck to their tasks, blocking the route to goal.

Even when the Lady Chiefs created opportunities, they were more hopeful than measured -- though Buford goalkeeper Maggie Leland had to be alert to tip a 35-yard chip from Hannah Ellison over her own crossbar with 12 minutes left in the first half. It was the closest either team came to scoring before the interval.

Each looked to pick up the tempo upon resumption, however, and McIntosh came close to a reward eight minutes after kickoff, as Malasek nutmegged a defender and bore down on goal -- only to curl her shot off the post.

The Lady Wolves nearly responded seconds later, as Morgan Smith tore down the right wing and centered for Maria Maggio, but the McIntosh defense crowded out the Buford forward, who could not get her shot off.

With 28 minutes remaining, Miller looked set to earn the breakthrough for McIntosh, squeezing through the Buford defense only to be brought down in the area to earn a penalty kick. But again Malasek could not convert, finding the goalpost for a second time, and though she scored on the rebound, the play was whistled dead, getting Buford off the hook (the penalty taker cannot re-touch the ball before another player).

The Lady Wolves could not keep Malasek quiet for long, however, and the McIntosh striker finally found her scoring touch with just 9:55 left in regulation. Running on to a pass from Miller, Malasek cut back in front of a defender before unleashing a 16-yard pile-driver past Leland's outstretched hand for a 1-0 advantage.

Buford pushed forward in search of the equalizing goal, but that only allowed Malasek more room to work, and she made the most of it, burying a 20-yard effort with 3:47 left to play for a 2-0 lead.

It was a tough outcome for Buford's players and coach, but a young program -- the Lady Wolves feature 10 freshmen and seven sophomores and will graduate just three players -- hopes to use it as a learning experience.

"We haven't even been to this stadium before -- some of these girls haven't even been in the playoffs before," Eager said. "We have the core of this team coming back. Hopefully they'll take this disappointment and use it to motivate themselves in the offseason." 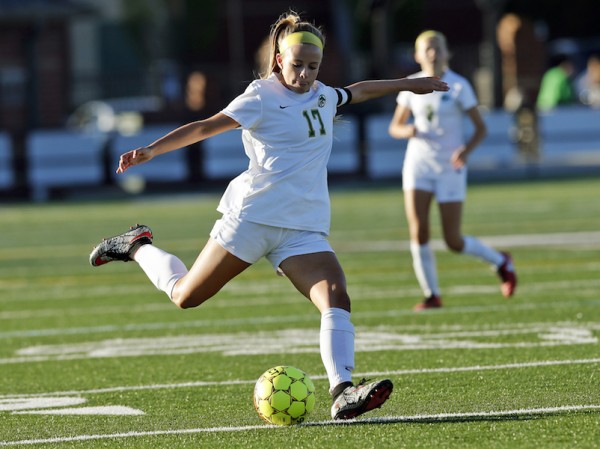 Playoff soccer: Buford girls fall to McIntosh, Malasek strikes in title slugfest
The wait for a state championship will continue for the Buford girls soccer program... 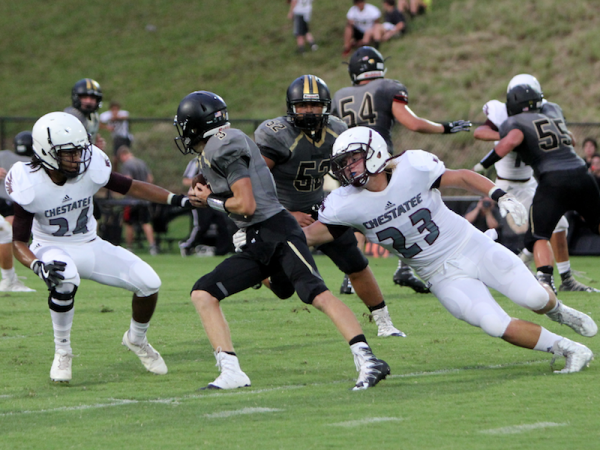 Area programs wrap up spring session over next two weeks (UPDATED)
Northeast Georgia's prep football teams are wrapping up their spring football sessions over the next two weeks... (NOTE: Some games have been moved...)
Sports 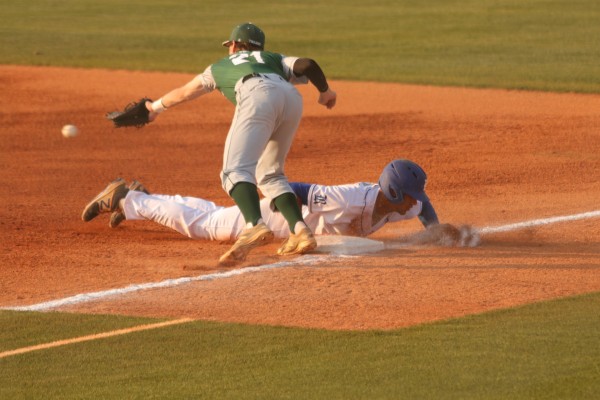 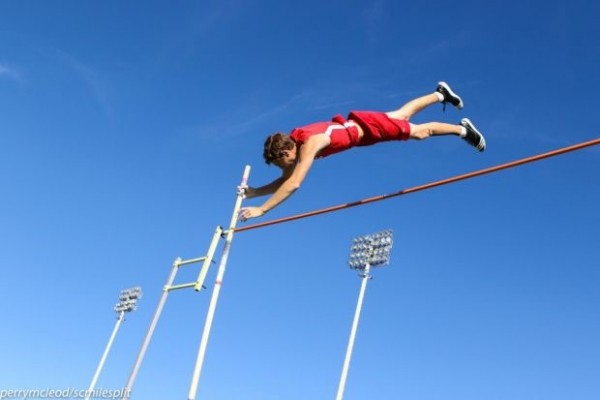 Track and Field: Mallard claims gold (again), as area athletes impress at state
Northeast Georgia's top track and field athletes made an impression during the first day of the GHSA state championships at sites around the state on Thursday. 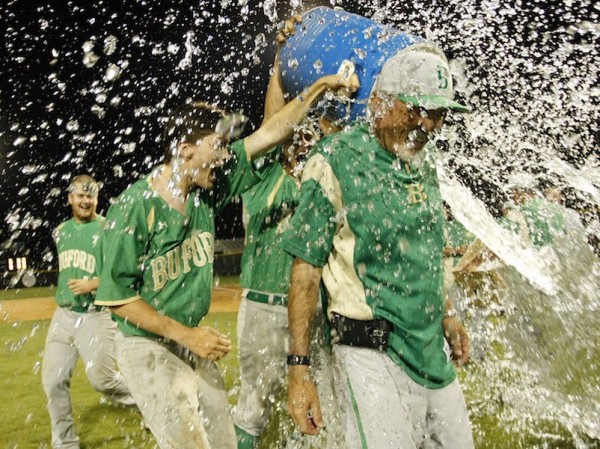 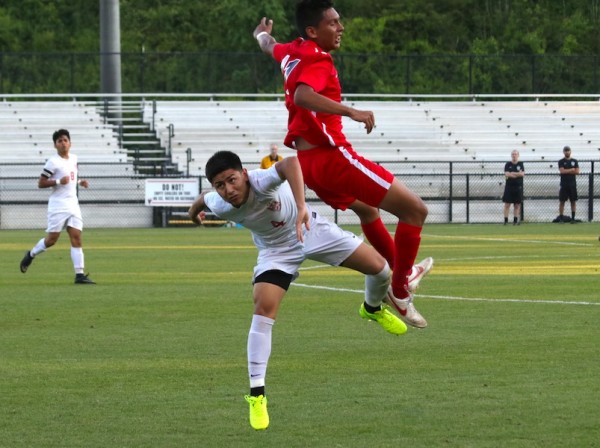 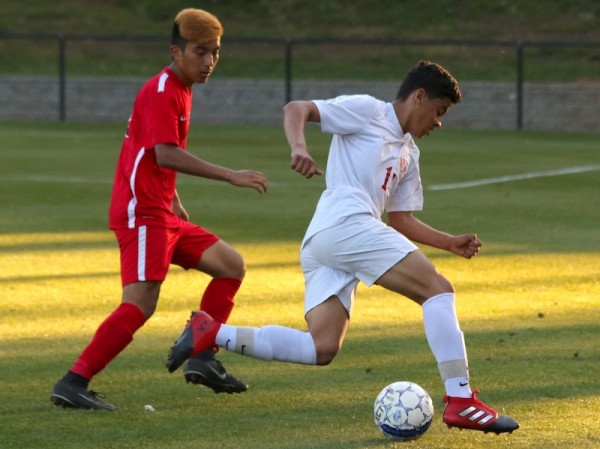 (VIDEO) Playoff soccer: GHS boys end title game drought in style
As soon as he lined the ball up, Cristian Rodriguez knew he had a chance to create something special...
By Morgan Lee

(VIDEO) Playoff soccer: East Hall boys frustrated by Pace in semifinal loss
There are times in soccer when it seems the ball will not go in the net no matter what you try.
By Morgan Lee 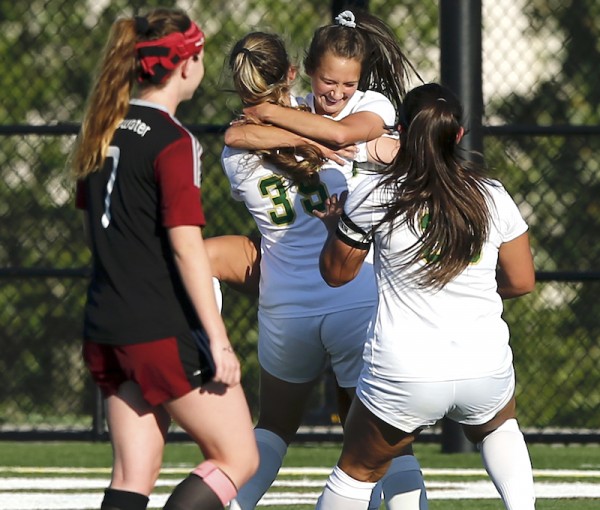 Playoff soccer: Lady Wolves storm into 5A championship game courtesy 5-0 win
The Buford girls soccer team not only clinched a state championship game on appearance on Tuesday, they did so while making a statement.
By AccessWDUN Staff
Privacy | User Agreement | Contact | Advertise With Us
2022 © Jacobs Media Corporation. All rights reserved. EEO Report. Website by Full Media
Login / My Access
close
Search