Fulfilling a need for speed: Part 2 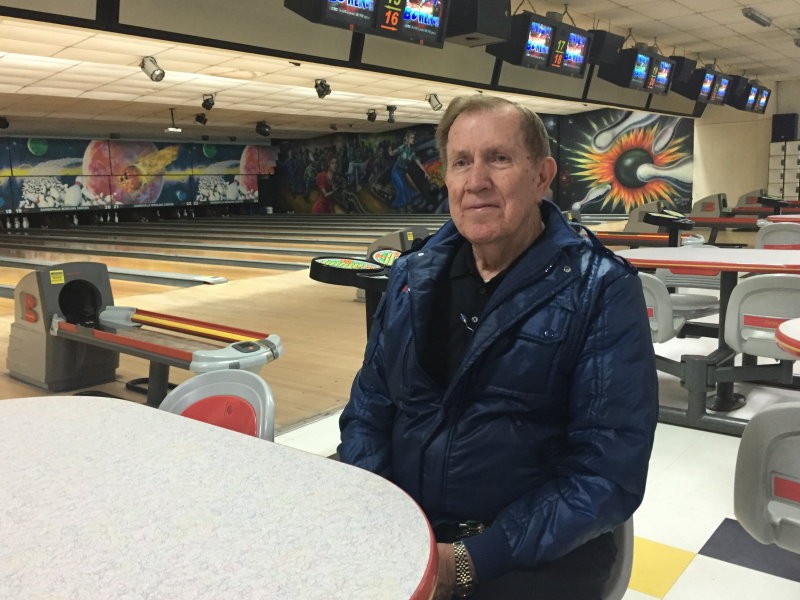 We talked a little bit about the Banks County Motor Speedway on Wednesday and I also talked about how little I knew about racing, and how much I was going to learn. Check out Part 1 here!

That's why I turned to Bud Lunsford. You may know him now as the owner of the Gainesville bowling alley, or you may know him as one of Georgia's best racers.  In 2005, Lunsford was inducted into the Georgia Racing Hall of Fame, and the National Dirt Late Model Hall of Fame in 2003. Lunsford not only raced, he also owned, built or updated a few racetracks in the area.

So I ventured over to the alley before he started bowling for the day and we talked about his career, memories and how racing impacted the area.

I started by asking him about the Banks County track, the speedway that brought me down the rabbit hole.
"It's like many other racetracks that I ran over 25 years of racing. It was a nice racetrack, it was owned and operated by Tommie Irvin and Jackie Irvin... I haven't been up there but I understand they've remodeled, made a presentable racetrack out of it for special events and different things. I'm glad to see it back to life," Lunsford said.
I asked him about his favorite memories next.
"I won 1,139 total wins," Lunsford recalled.
"That's a lot of wins," I said.
"It's a lot of races to even go to."
"I used to race five nights a week. Start in Greenwood, South Carolina, on Thursday; Andersen, South Carolina on Friday; Banks County or Toccoa on Saturday; two races in Cumming on Sunday - one Sunday afternoon and one Sunday night. Then I'd start all over again the next week," Lunsford said. He told me he'd usually run about 75 races a year.
Outside of the driver's seat, Lunsford was responsible for several racetracks in north Georgia - including Lanier National Speedway in Braselton, Dixie Speedway in Woodstock, and the updated West Atlanta Speedway in Douglasville.
"I built [Lanier National] in 1981, opened it in 1982, operated for 15 years. Kept it for five years as a clay track, In 1987 I paved it."
Lanier National closed in 2011 but was purchased in 2014 by Jim Downing, and is under renovations as Lanier Raceplex, which is rumored to reopen this year. Lunsford said Downing will not just having racing, but got a permit for concerts at the track, too.
Lunsford said the racing lifestyle had a tremendous impact on North Georgia. "We used to average 200 race cars, not counting the people who'd come watch them. So that would help the auto parts, gasoline business, aspects of groceries... it helps everything."
Lunsford said nothing specifically stood out as his proudest moment. "It was all pretty proud."
"A person... that's never worked a day in their life has really enjoyed their work. And I really enjoyed it... I could not wait until Monday morning to get back to the shop to work on my race car. I've really enjoyed my life."
However, the fast life did eventually take a toll on Lunsford, who told me after our interview that he did burn out, so he decided to stop. He ran his last race at the Toccoa Speedway - the same place he ran his first.
Fun fact - Lunsford ran his second race at Looper Speedway, which is in Gainesville, under water. You can see the top of the cement grandstands during drought.
We talked further about his career, other tracks he worked on and racing in general. I asked him what information I should leave this interview knowing about racing.
"The people you'll in racing and at the race tracks are fine people. They're not stuck up, they're down to earth people, and they'll come to your rescue in the middle of the night. Some people won't."
I told him I wanted to learn more about the tracks in the area and that I'd probably call on him again. He said anytime, and he also offered me this.
"You will realize as you go on... we don't have many racetracks left. They've kind of disappeared," he said. He blamed the price of racing getting out of hand for the decline. "We we first started Lanier, we charged $4 grandstand, $5 trackside, $6 infield. Now it's $30 or $35 just to get in. People can't afford that."

After I wrapped up my interview for the blog, Lunsford and I continued talking for a little while. If you've never met Bud, you're missing out.

Once you start it's hard to stop, so we'll take a look at some other speedways in the coming months. In the meantime, a reunion at the Banks County track is set for May 14.

Next week, I'll look at something I'm a little more knowledgeable about. I'm talking something involving public art. Not sure what just yet, so it'll be surprise, I guess. Always taking suggestions.

Until then, stay curious. 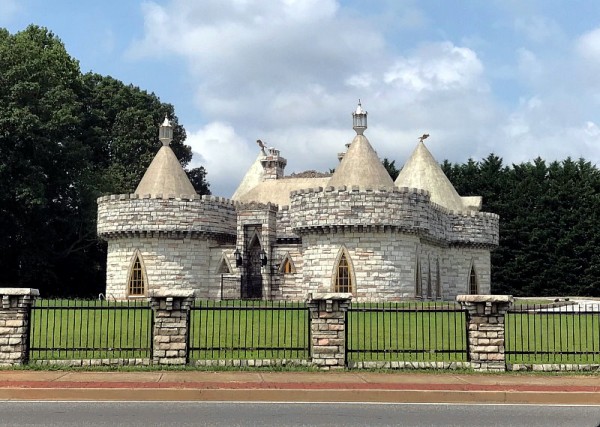 Metro Atlanta's own little castle
Have you ever remembered something so... specifically? I do, and often. Including the first time I saw the "Gnome Castle" in Milton.
By Alyson Shields 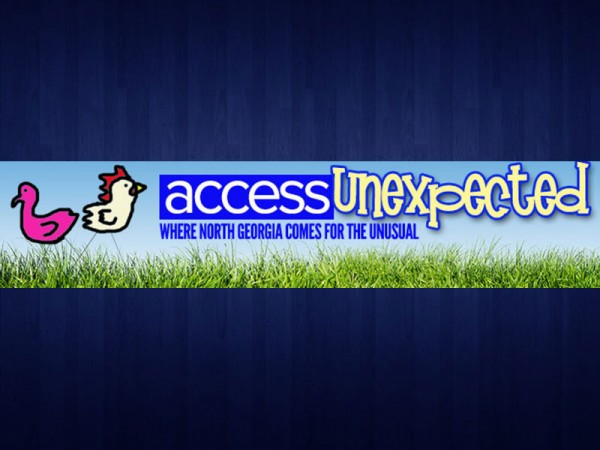 What I learned getting really lost during blog research
I blame a specific trip to Helen several years back. You see, I have very little, if not no sense of direction.
By Alyson Shields 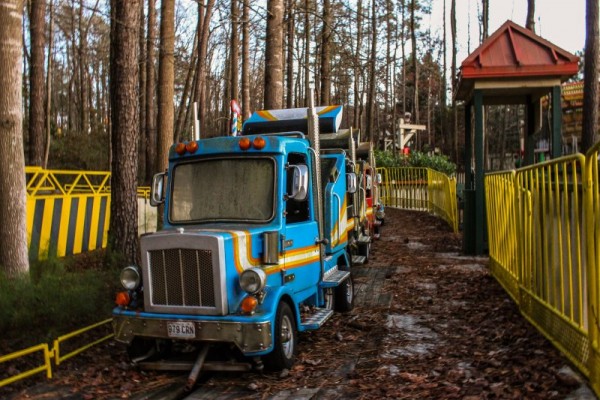 DETOUR: The (former) American Adventures roller coaster still scares me as an adult
I have a weird obsession and I have to talk about it: an abandoned amusement park I went to as a kid.
By Alyson Shields 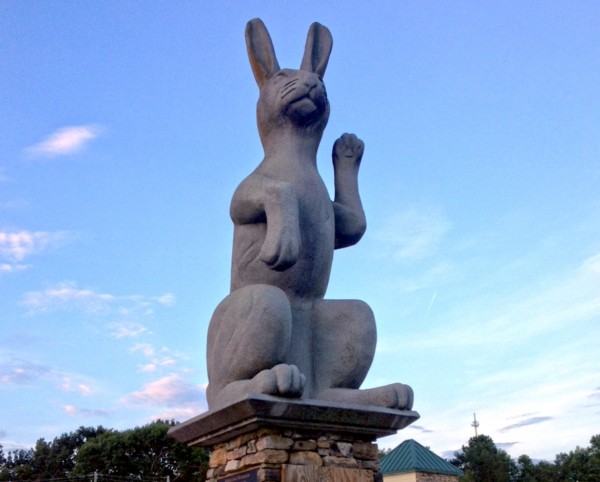 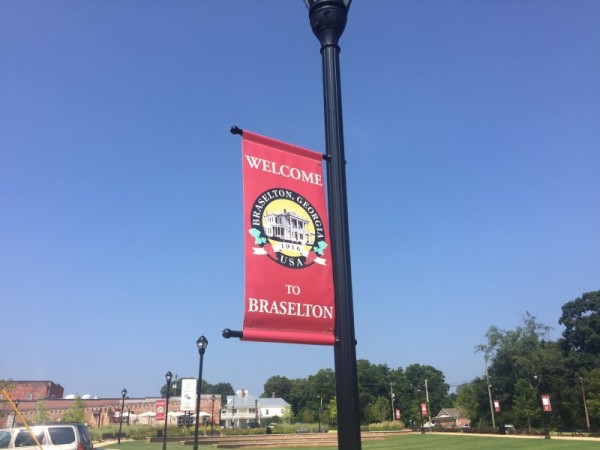 City spotlight: Braselton
Thinking "Braselton" usually followed with "Chataeu Elan" or "hospital" if I was working on a news story. But there's a lot more to the place than that, it turns out. At the very least, there are some great little antique shops and a few things on my AccessUnexpected "to visit" list.
By Alyson Shields
Privacy | User Agreement | Contact | Advertise With Us
2022 © Jacobs Media Corporation. All rights reserved. EEO Report. Website by Full Media
Login / My Access
close
Search