12:45PM ( 10 minutes ago ) News Alert
Country music legend Charlie Daniels has died at the age of 83 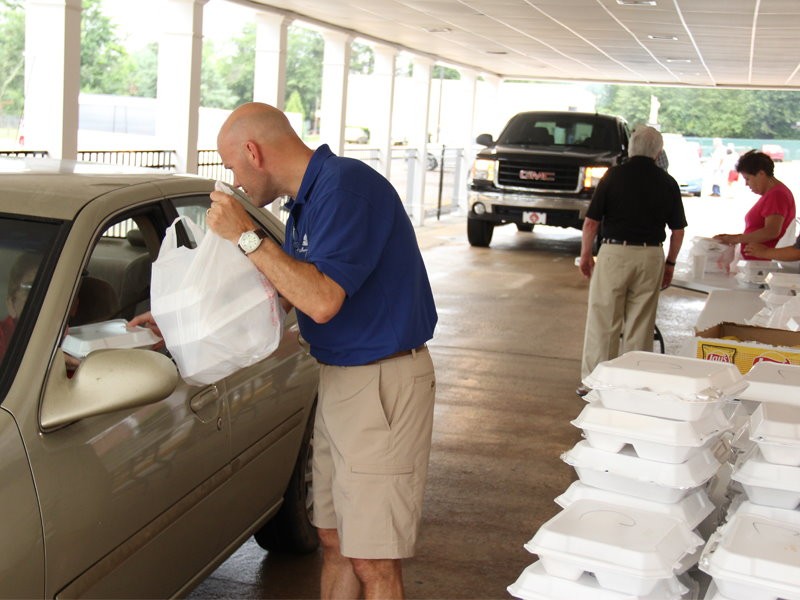 Even though the rain curtailed the activities at the Annual Public Safety Appreciation Day in Gainesville, volunteers at Memorial Park Funeral Home still cooked and distributed more than 2,500 meals to the public on Friday, July 3. (Photo by David Cook)

GAINESVILLE — It might not have been a picnic in the traditional sense of the word, but Memorial Park Funeral Home in Gainesville did not let the rain stop the annual Public Safety Appreciation Day at its campus on Memorial Park Road.

Volunteers served up more than 2,500 to-go boxes of barbecue chicken during the annual event.

Billy Hendrix, spokesman for the event, said company employees also delivered hundreds of meals to officers who were on duty on Friday and could not make it to their drive-through.

Memorial Park Funeral Home has hosted the event for more than two decades.