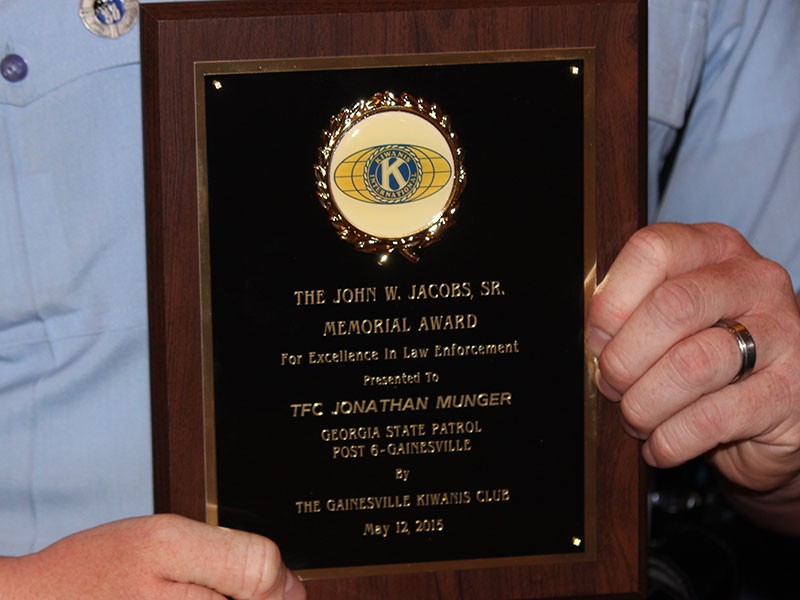 The John W. Jacobs Sr. Memorial Award for Excellence in Law Enforcement has been presented by the Gainesville Kiwanis Club for 18 years.
Jay Jacobs 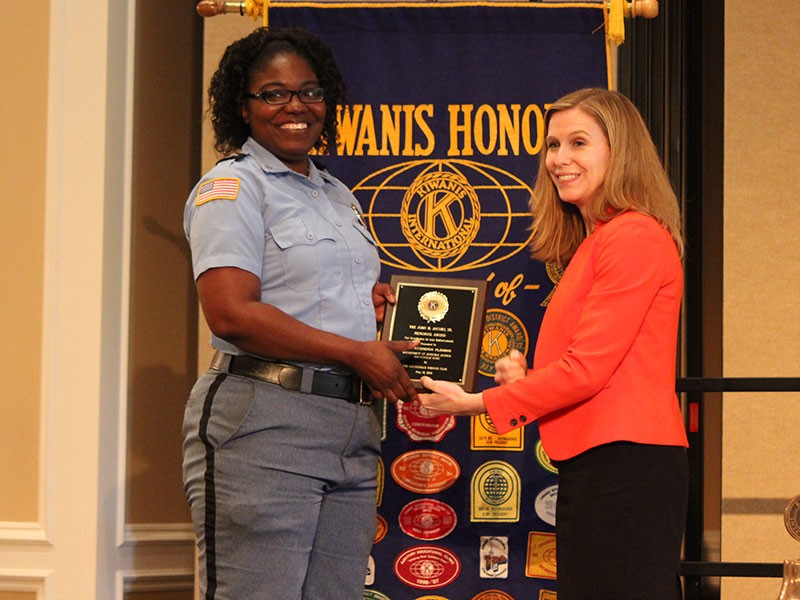 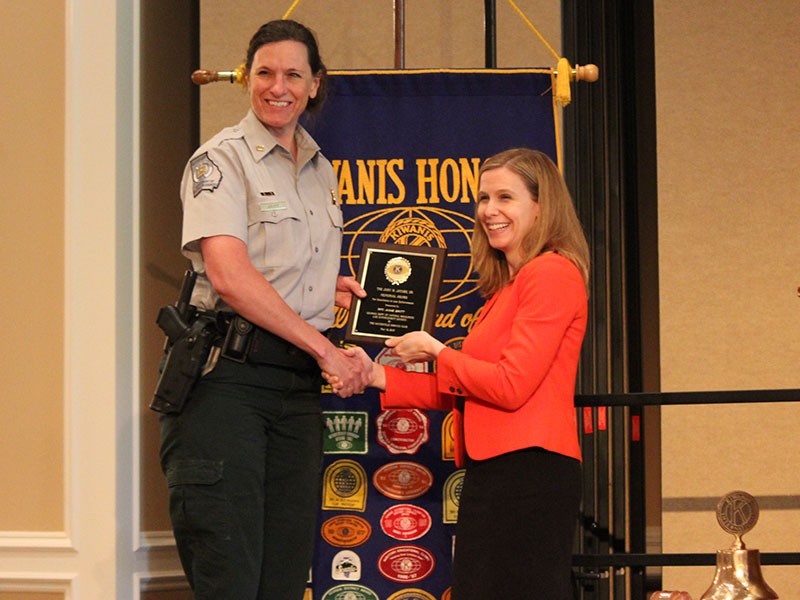 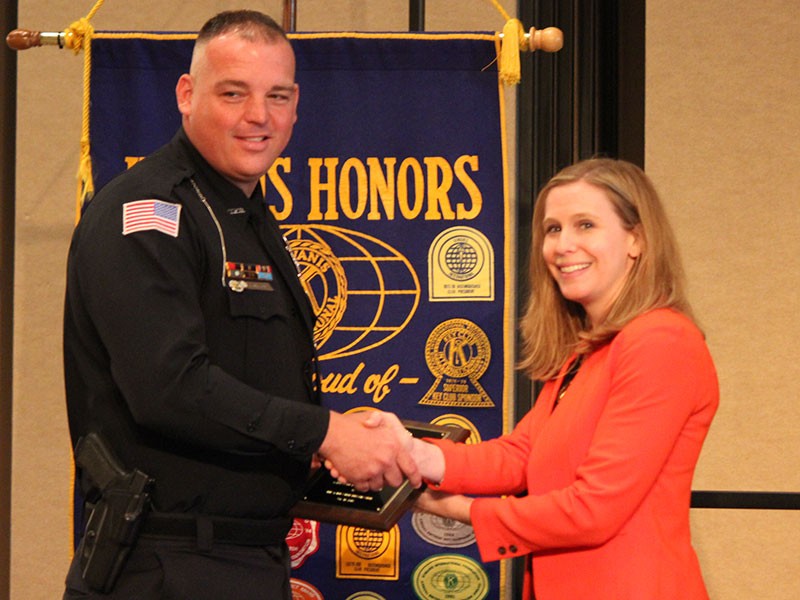 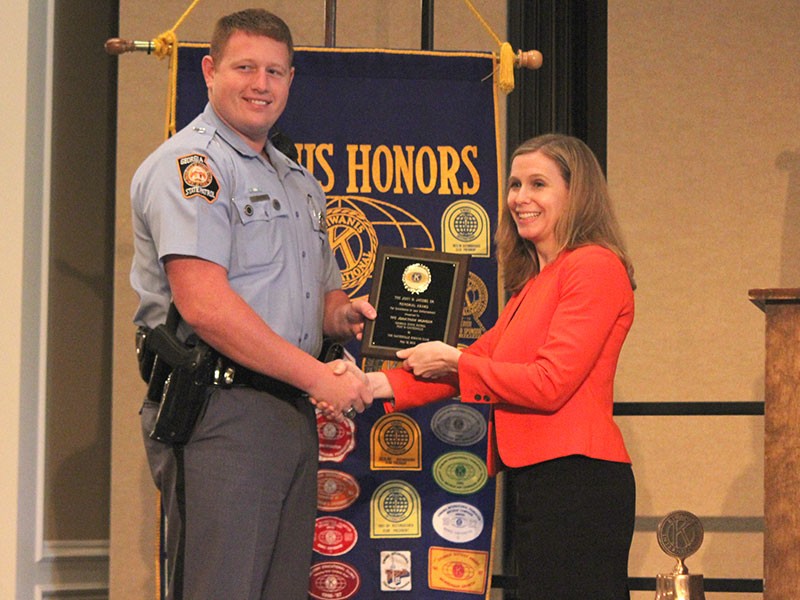 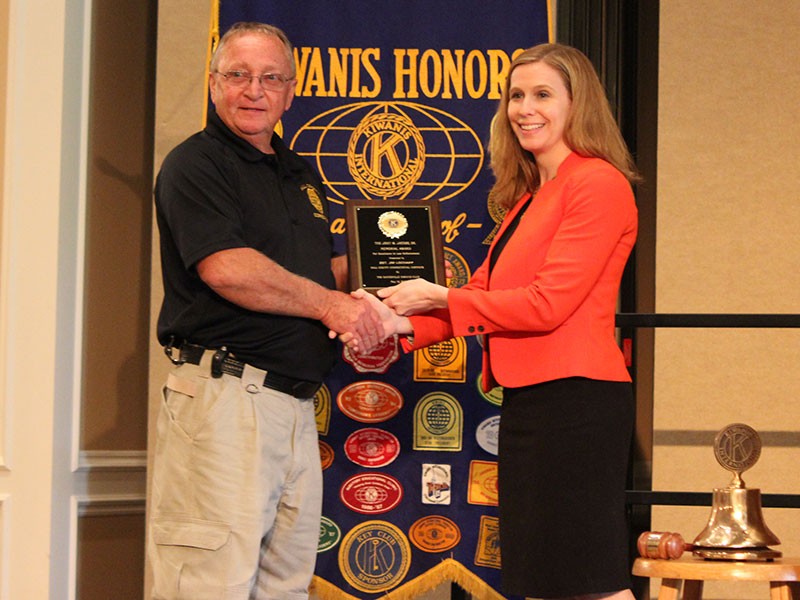 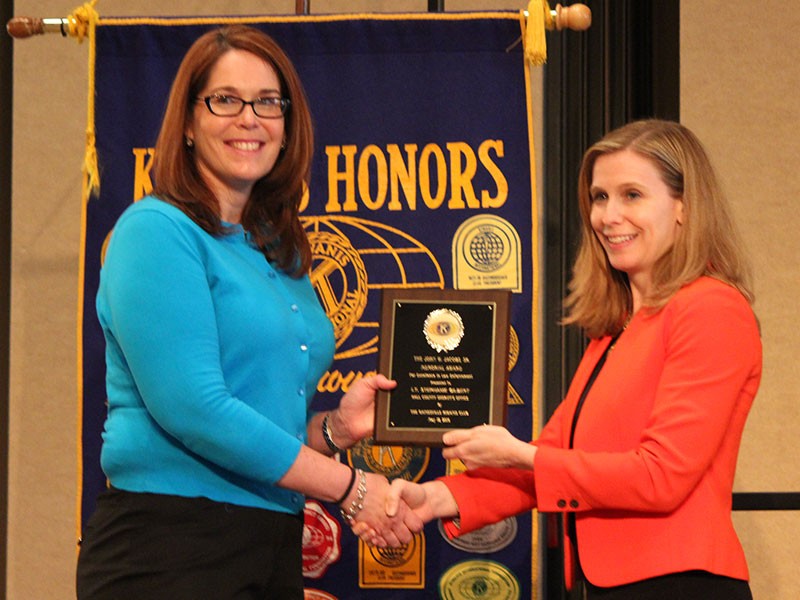 Six law enforcement officers from Hall County were honored Tuesday by the Gainesville Kiwanis Club as recipients of the John W. Jacobs Sr. Memorial Award for Excellence in Law Enforcement.

This was the 18th year the Kiwanis Club had given the awards.

During the luncheon ceremony, several speakers and recipients mentioned that 2015 is a difficult time to be a law enforcement officer. There have been a number of incidents, most notably in Ferguson, Ill. and Baltimore, where police officers have been involved in controversial shooting, and law enforcement have become targets of violence in other cities.

"Public safety officers put their lives on the line for us," said Avery Niles, commissioner of the Department of Juvenile Justice and keynote speaker at Tuesday's awards. "And not just their lives, but their whole careers. Look at what society is doing today to our law enforcement officers. They understand that the day may be coming where they will be put into a position where the ultimate sacrifice may be given. ... What they do is a form of servanthood. They have a servant's heart. They give all that they have and then some."

Niles said that 127 law enforcement officers were killed last year in the line of duty, including accidents en route to crime scenes, as well as violence. Already 44 have died in 2015.

"It seems like it's open season on law enforcement officers," Niles said.