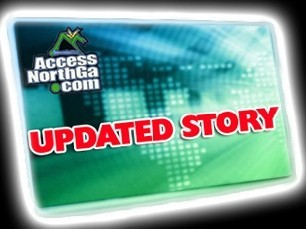 Related Articles
US allows 1st emergency use of a COVID-19 antibody drugTropical Storm Eta floods already drenched Florida citiesTrump books will continue after Trump leaves officeTesting timeline: What’s ahead for COVID-19 vaccines
Contact Editor
WASHINGTON (AP) -- House Republican leaders rallied around one of their own, Whip Steve Scalise, on Tuesday after he said he regrets speaking 12 years ago to a white supremacist organization and condemns the views of such groups.<br /> <br /> The supportive statements suggest party leaders think the flare-up will fade during the holidays, with a new Congress set to convene next week. Several Democrats criticized the Louisiana lawmaker but did not call for his resignation.<br /> <br /> Scalise said that as a state legislator in 2002, he spoke to many groups about a major tax issue. "One of the many groups that I spoke to regarding this critical legislation was a group whose views I wholeheartedly condemn," he said in a statement Tuesday. "It was a mistake I regret, and I emphatically oppose the divisive racial and religious views groups like these hold."<br /> <br /> Republican leaders defended Scalise within minutes.<br /> <br /> House Speaker John Boehner of Ohio said Scalise "made an error in judgment, and he was right to acknowledge it was wrong and inappropriate." Boehner said Scalise "has my full confidence as our Whip."<br /> <br /> House Majority Leader Kevin McCarthy of California said Scalise "acknowledged he made a mistake and has condemned the views that organization espouses. I've known him as a friend for many years and I know that he does not share the beliefs of that organization."<br /> <br /> Scalise also won a key endorsement Monday from Rep. Cedric Richmond, who will be Louisiana's only Democrat and only black in Congress when the new Congress convenes next week. Richmond told NOLA.com: "I don't think Steve Scalise has a racist bone in his body." He said he has worked closely with Scalise and "I am not going to let them use Steve as a scapegoat to score political points when I know him and know his family."<br /> <br /> Louisiana's Republican governor, Bobby Jindal, also defended the congressman.<br /> <br /> Scalise acknowledged speaking at a 2002 Louisiana convention of the European-American Unity and Rights Organization, which called itself EURO. Former Ku Klux Klan leader David Duke founded the group, which the Southern Poverty Law Center has classified as a hate group.<br /> <br /> In an interview Monday with The Times-Picayune of New Orleans and NOLA.com, Scalise said he had little staffing as a state legislator, and didn't always know details of groups he was invited to address. "I didn't know who all of these groups were, and I detest any kind of hate group," Scalise told the newspaper.<br /> <br /> His statement Tuesday did not deal with the issue of weak staffing or sketchy knowledge of his audiences in 2002. Scalise, who is Catholic, said "these groups hold views that are vehemently opposed to my own personal faith, and I reject that kind of hateful bigotry."<br /> <br /> Louisiana Republicans say Duke, who ran unsuccessfully for governor in 1991, did not attend the 2002 EURO convention, but addressed it at one point by phone.<br /> <br /> In his NOLA.com interview, Scalise said he knew about Duke, but indicated he didn't recognize Duke's connection to the group.<br /> <br /> "Everyone knew who he was," Scalise told NOLA.com. "I would not go to any group that he was a part of."<br /> <br /> Democrats were measured in their criticisms. For instance, House Democratic leader Nancy Pelosi's office issued a statement not from her but from her spokesman, Drew Hammill. It said Scalise's "involvement with a group classified by the Anti-Defamation League as anti-Semitic and the Southern Poverty Law Center as a hate group is deeply troubling for a top Republican leader in the House. "<br /> <br /> The Democratic Congressional Campaign Committee criticized Scalise in an earlier statement on Tuesday, saying he "chose to cheerlead for a group of KKK members and neo-Nazis at a white supremacist rally." The statement questioned why the GOP leadership had remained silent.<br /> <br /> Scalise, 49, ascended to his leadership post in June in the chain of events that followed then-Majority Leader Eric Cantor's surprise defeat in a Republican primary.<br /> <br /> Scalise won the whip race with the solid backing of House conservatives, particularly Southerners who wanted a greater leadership voice considering the region's role in giving Republicans their largest House majority since President Herbert Hoover's administration at the start of the Great Depression.
© Copyright 2021 AccessWDUN.com
All rights reserved. This material may not be published, broadcast, rewritten, or redistributed without permission.