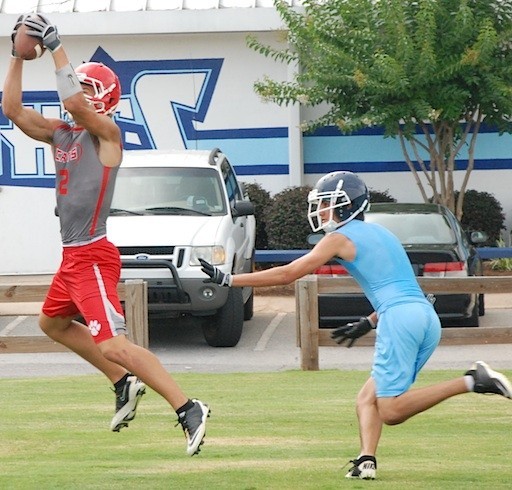 How about historically good?

If the Warriors (3-0, 1-0 Region 7-AAA) can defeat Blessed Trinity on Friday night in Cleveland, White County will snare its best start to a campaign since 1975.

"We had a lot of guys back with a lot of game experience, and we had some high expectations," said Warriors coach Bill Ballard -- who, along with Rabun County's Lee Shaw recently joined the 100 win club (more on that later). "The kids worked so hard in the offseason and prepared for this year, and it's showing."

Indeed, White County has rolled in its first three contests, outscoring foes by an average of 38-9. Much of that is due to a defense that returned nine starters from last year's state playoff team. But the offense has also carried more than its share of the load -- like last week, when the Warriors rushed for 472 yards in a 48-13 Region 7-AAA victory over Fannin County.

Ballard says much of that success is due to the gelling of an offensive line that replaced some key players from 2012, as well as a strong transition into a starting role for quarterback A.J. Vandiver.

"I'm proud of our offensive line; coach J. Wright has them prepared and ready every game," Ballard said. "And A.J. Vandiver has done a real good job taking over from a standout last season in (graduated starter) Will Brock."

Yet White County also knows its toughest tests are to come, starting on Friday with Blessed Trinity. And while the Titans are off to a 1-2 start, both losses came against ranked foes in Class AA No. 2 Lovett (14-3) and Class AAA No. 10 Hart County (28-16).

"It's certainly a measuring stick for us," Ballard said. "They have a great program. Last year they got us twice, and we would love to have a win over a private school and against a perennial playoff team."

The Titans edged White County 21-19 in Cleveland in the fourth game of the 2012 campaign -- and left the Warriors worse for wear with a number of injuries, including to starting running back/linebacker Dalton Whitfield -- before getting the better of White County again in the playoffs, 35-14. But Ballard is hopeful that his team's health could make a difference in 2013.

"Right now we're relatively healthy; and we like how we're playing," Ballard said. "Being a mountain school we still have some depth issues, so we hope we can get out of this one healthy and see how we stack up against a playoff caliber team."

Should the Warriors find a way past Blessed Trinity, history really would be on the table, as -- according to the Georgia High School Football Historians Association (GHSFHA.org) -- White County has never opened a campaign 5-0.

100 MORE THAN A MILESTONE: Lee Shaw remembers being a young varsity player at Rabun County and one day dreaming of leading the Wildcats as head coach.

Not only has that dream come true, it brought with it something pretty sweet last week when Shaw's Wildcats netted the coach his 100th career victory.

Shaw became the second area coach to reach the milestone this season -- White County's Bill Ballard also did so in his first game of 2013 -- and was thrilled to share the accomplishment with his players and assistants. More accurately, it was the Wildcat community celebrating a special occurrence.

"It really seemed special to my players and the community," Shaw said. "It's a great accomplishment, but I didn't think much about during the game (a 55-13 defeat of Towns County on Sept. 13). But after the game, they gave me a Gatorade shower and the game ball, and it was just really a sweet moment."

The occasion also signified Shaw's perseverance. For while the coach built a powerhouse at Flowery Branch -- winning all but 21 of his 100 with the Falcons -- he also started with a 13-37 record in five seasons at White County before taking over at the Branch in 2002, leading the Falcons from 6-24 in his first three years to 73-17 over the next seven -- including a state championship appearance in 2008.

"It could have been easy for me to give up on my dream after the way things started," Shaw said. "But you keep believing and keep working, and it paid off."

Indeed, and now the Wildcats (2-0) are squarely focused on moving to 3-0 -- though they know it won't come easy against a tenacious Commerce (2-1) that has bounced back from a 40-0 loss to Jefferson on opening night and defeated Rabun County 18-17 in 2012.

"Hopefully we learned some lessons from that game last year," Shaw said. "We feel like we're better now than this point last year, but you never know against a great program like Commerce. They know how to win."

By the way, Dawson County's Jeff Lee is also just two wins removed from his 100th win (according to GHSFHA.org), while Union County's Brian Allison is 13 games shy of the mark.

MILL CREEK READY FOR WAR VS. PEACHTREE RIDGE: While North Gwinnett is drawing many of the headlines amongst Region 7-AAAAAA teams, the Bulldogs will certainly have one ear open for scores from Hoschton on Friday.

That's because the No. 5 Hawks will play host No. 4 Peachtree Ridge in a game that is certain to let the Bulldogs know who their main competition will be for the 7-AAAAAA crown -- though Collins Hill will also have something to say about that, as the Eagles are also 3-0 just like Mill Creek and Peachtree Ridge.

The Hawks and Lions have played seven times, with Peachtree Ridge holding a 4-3 edge, though Mill Creek won last year's contest 20-10. The Hawks will be looking to break one streak in the rivalry -- Mill Creek has never won the contest when it has been played in Hoschton, winning all three games on the road in Suwanee.
© Copyright 2021 AccessWDUN.com
All rights reserved. This material may not be published, broadcast, rewritten, or redistributed without permission. 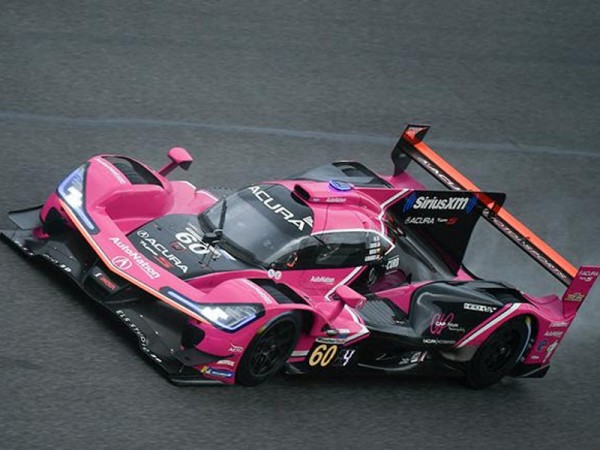