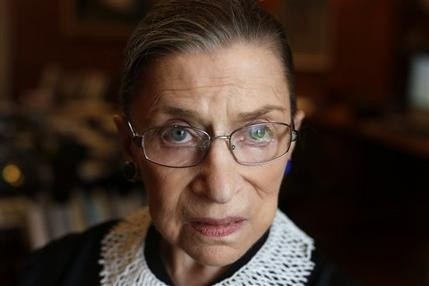 Associate Justice Ruth Bader Ginsburg poses for a photo in her chambers at the Supreme Court in Washington, Wednesday, July 24, 2013, before an interview with the Associated Press. Ginsburg said during the interview that it was easy to foresee that S
Related Articles
2 nurses: Her mom battled 1918 pandemic, she fights this oneTrump rejects Dems' request to testify at impeachment trial'Hug tent' provides safe embraces at Colorado elderly homeJeffrey Epstein fund abruptly halts payouts to victims
Contact Editor
WASHINGTON (AP) -- Justice Ruth Bader Ginsburg says she's not surprised that Southern states have pushed ahead with tough voter identification laws and other measures since the Supreme Court freed them from strict federal oversight of their elections.

Ginsburg said in an interview with The Associated Press that Texas' decision to implement its voter ID law hours after the court struck down a key provision of the Voting Rights Act last month was powerful evidence of an ongoing need to keep states with a history of voting discrimination from making changes in the way they hold elections without getting advance approval from Washington.

The Justice Department said Thursday it would try to bring Texas and other places back under the advance approval requirement through a part of the law that was not challenged.

"The notion that because the Voting Rights Act had been so tremendously effective we had to stop it didn't make any sense to me," Ginsburg said in a wide-ranging interview late Wednesday in her office at the court. "And one really could have predicted what was going to happen."

The 80-year-old justice dissented from the 5-4 decision on the voting law. Ginsburg said in her dissent that discarding the law was "like throwing away your umbrella in a rainstorm because you are not getting wet."

Just a month removed from the decision, she said, "I didn't want to be right, but sadly I am."

She spoke a day before Attorney General Eric Holder said the Obama administration will open a new front in the battle for voter protections in response to the court's decision.

Holder said the first move would be to ask a federal court in San Antonio to require Texas to obtain advance approval before putting in place future political redistricting or other voting changes.

"Even as Congress considers updates to the Voting Rights Act in light of the court's ruling, we plan, in the meantime, to fully utilize the law's remaining sections to ensure that the voting rights of all American citizens are protected," Holder said in a speech to the National Urban League in Philadelphia.

Ginsburg and the administration were on the losing side of the June 25 ruling in which the court effectively gutted what civil rights advocates have called the law's crown jewel, the advance approval requirement. It applied to 15 mainly Southern states.

The decision, written by Chief Justice John Roberts, said it was no longer fair to subject those jurisdictions to strict federal monitoring based on data that is at least 40 years old. The extraordinary intrusion on state power to conduct elections could only be justified by current conditions, Roberts said.

"There is no denying, however, that the conditions that originally justified these measures no longer characterize voting in the covered jurisdictions," he said.

Roberts relied heavily on another decision from 2009 in which the justices essentially left the law alone while warning Congress about serious problems with the data and urging lawmakers to do something about it. They didn't.

In that case, Ginsburg joined Roberts and every justice but Clarence Thomas to leave prior approval in place.

Ginsburg said she probably shouldn't have done that. "I think in the first voting rights case, there was a strong impetus to come down with a unanimous decision with the thought that maybe Congress would do something about it before we had to deal with it again," she said. "But I suppose with the benefit of hindsight, I might have taken a different view."

Notably, when the court in late June ruled narrowly in a challenge to the University of Texas' race-conscious admissions program, Ginsburg was the lone dissenter. Two other liberal justices joined with the conservatives in a decision that left in place affirmative action in college admissions but also called on federal judges to examine those plans more closely.

"Time will tell," she said, whether affirmative action will meet a fate similar to that of the Voting Rights Act. Justice Lewis Powell's opinion in the Bakke case in 1978 has been the blueprint for affirmative action plans ever since, she said. "And now it remains to be seen. We'll have to wait for the next case."

She also spoke about the court's 5-4 ruling, in which she was in the majority, to strike down part of the federal anti-gay marriage law that Congress passed in 1996. Ginsburg couldn't resist taking a dig at her good friend and ideological opposite Antonin Scalia, who voted to uphold that law and strike down the voting rights law.

"Scalia, who really takes after the court for taking over legislative turf in same-sex marriage, doesn't make a whimper in voting rights, which passed 98 to nothing in the Senate and 330 to something in the House. I didn't put that to him, but surely he's going to be asked the question, `How do you distinguish the two?'" she said.

As the court's oldest justice and with an early surgery for pancreatic cancer in 2009, Ginsburg is accustomed to questions about her health. She has broken a pair of ribs in consecutive springs but has not missed any time on the job. She exercises regularly and is traveling extensively this summer, including to Cooperstown, N.Y., in pursuit of her favorite pastime, opera.

She also did not shy from discussing, in her words, "when is she going to retire?"

"My answer is, as long as I can do the job full steam, I will," Ginsburg said. "At my age, you can't say, you have to go year by year."
© Copyright 2022 AccessWDUN.com
All rights reserved. This material may not be published, broadcast, rewritten, or redistributed without permission. 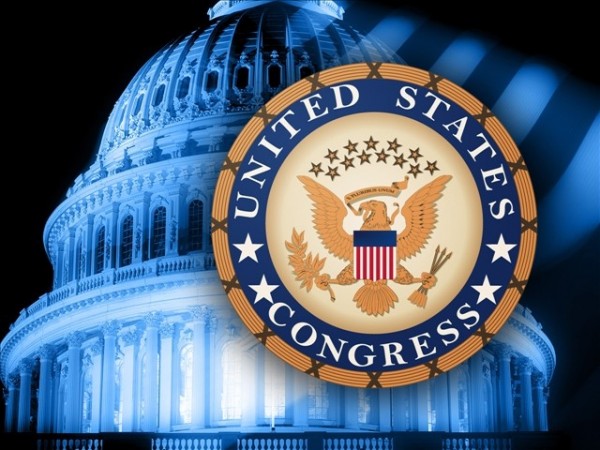 2 nurses: Her mom battled 1918 pandemic, she fights this one
Sigrid Stokes is carrying on a life-saving family tradition each time she administers COVID-19 vaccines to her fellow health care workers at at a Northern California’s hospital
By The Associated Press

Surprise tax forms reveal extent of unemployment fraud in US
Unemployment agencies across the country were bombarded with so many claims during the pandemic that many struggled to distinguish the correct from the criminal
By The Associated Press
Privacy | User Agreement | Contact | Advertise With Us
2022 © Jacobs Media Corporation. All rights reserved. EEO Report. Website by Full Media
Login / My Access
close
Search