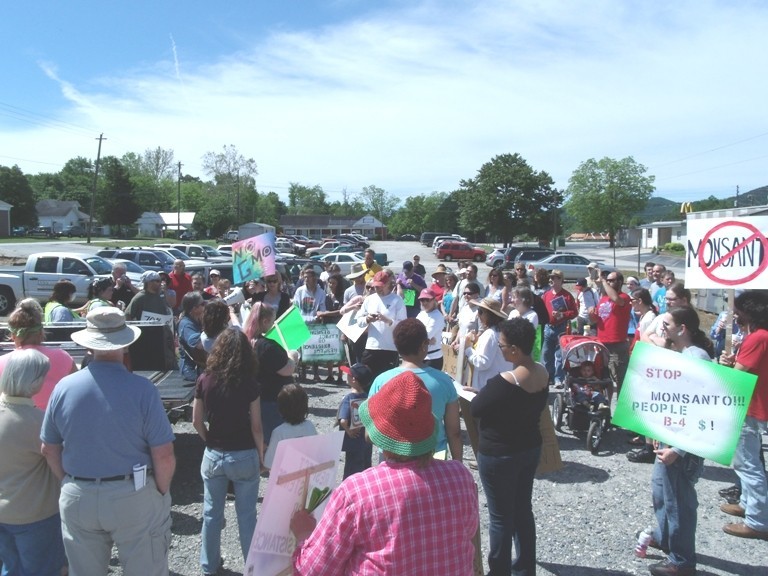 More than 80 people participated in a protest rally in Cleveland today. (Photo/Dean Dyer) 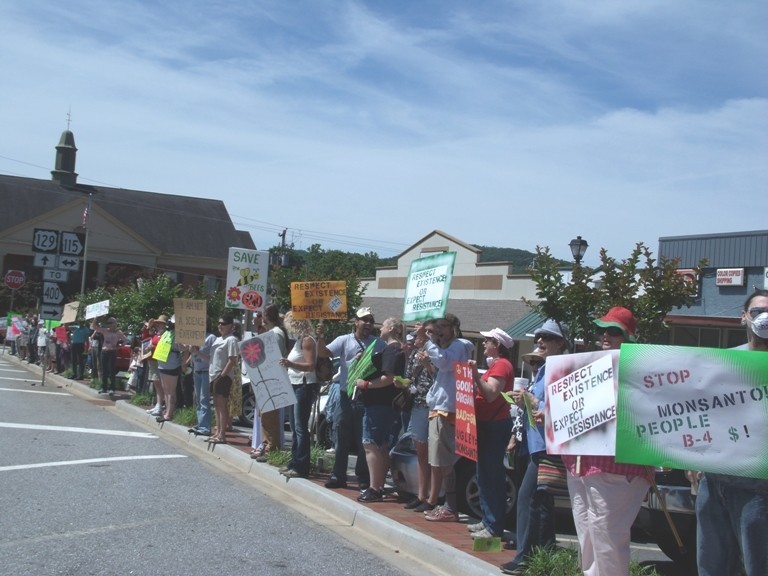 The event was the "March Against Monsanto," and protesters voiced their opposition to, among other things, genetically-modified plants and food products.

Co-organizer for the event in Cleveland Carol McLemore said the event was being held simultaneously in 55 countries around the word. Cleveland was one of five cities in Georgia holding protests. Marches and rallies were held across the U.S. and in dozens of other countries Saturday. (See separate story. Third link below.)

The protesters not only were voicing their opposition and educating the public about the dangers on the ground but participant Chris Elliott told the gathering prior the their march through downtown Cleveland, that there dangers way up in the air, as he pointed to jet vapor trails.

"Now they are finding out that there is aluminum, barium and other chemicals in that vapor trail up there, which is affecting our health," Elliott said. Elliott pointed to chemical giant Monsanto as tied to these hazards.

Following a short rally the marchers shared their message to motorists traveling around the square in downtown Cleveland and then marched the sidewalks spreading the word.

Monsanto Co., based in St. Louis, said Saturday that it respects people's rights to express their opinion on the topic, but maintains that its seeds improve agriculture by helping farmers produce more from their land while conserving resources such as water and energy.

(The Associated Press contributed to this report.)

No one hurt, but vehicle fire briefly shuts down highway
No one was hurt as a result of a vehicle fire that shut down a busy state highway north of Helen Sunday afternoon. 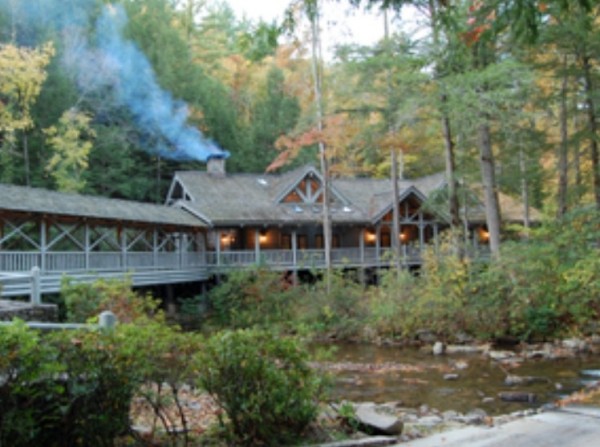 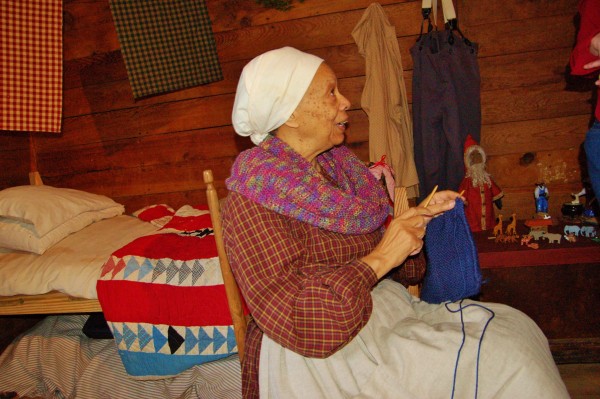 Remembering a simpler Christmas
Visitors to the Sautee Nacoochee Community Center recently were able to step back in time to enjoy a 19th Century Christmas.
White County News 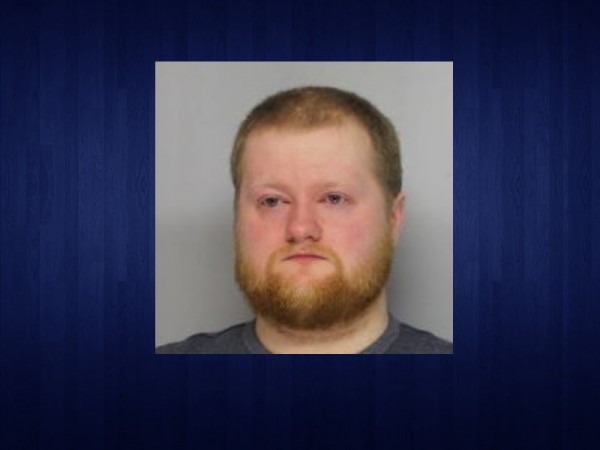 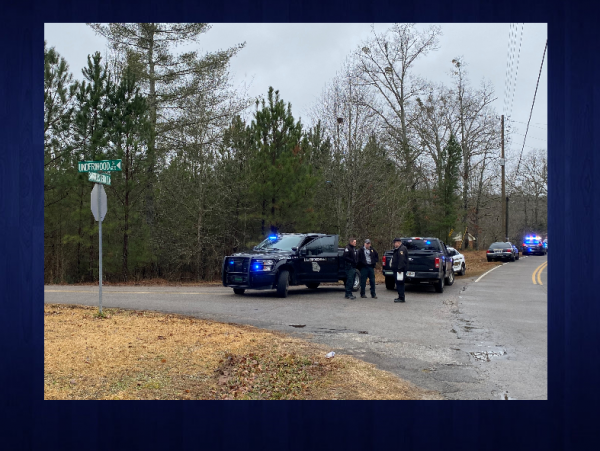 Man surrenders to Hall County deputies after nearly 5 hours of negotiations
After spending nearly five hours barricaded in a house in the Murrayville area, a man walked out of the residence and surrendered to Hall County Sheriff's Office deputies.
Updated
By AccessWDUN staff 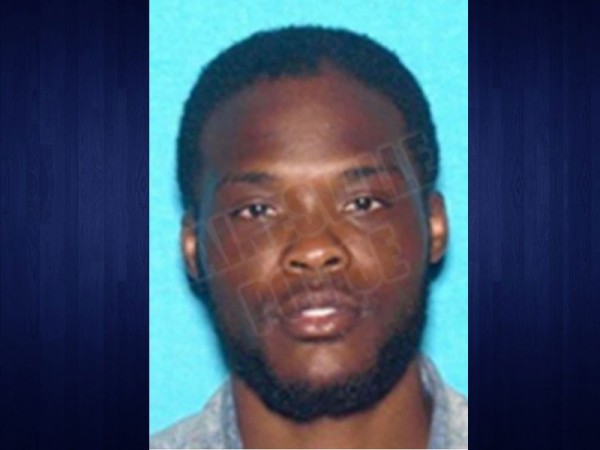 Trump lawyers decry impeachment case as political vengeance
Defense lawyers for Donald Trump have opened their impeachment defense by strenuously denying that he played any role in inciting the deadly riot at the U.S. Capitol
By The Associated Press
Privacy | User Agreement | Contact | Advertise With Us
2022 © Jacobs Media Corporation. All rights reserved. EEO Report. Website by Full Media
Login / My Access
close
Search