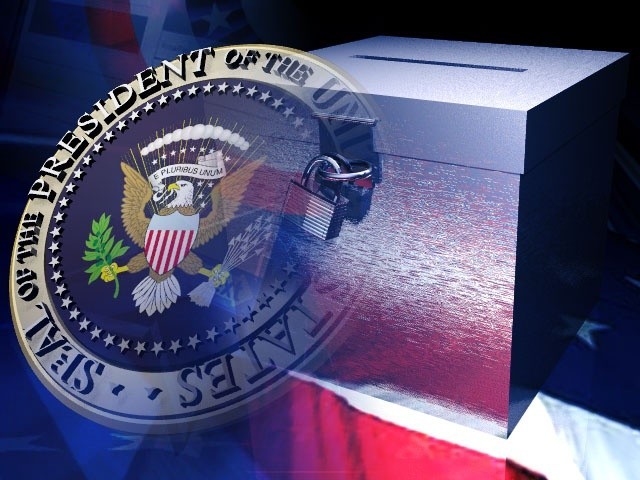 But on this day in August, one clip jumped out. There was Romney, in an undisclosed location, bluntly discussing a visit to a Chinese factory with substandard conditions.

"The hidden camera video - it was all blurred out at the beginning, and it was mysterious," Carter said. "It piqued my interest."

Something told him there might be more there than the brief clip posted on the YouTube channel "Anne Onymous." Although not affiliated with any campaign or super PAC, Carter had made it a personal mission to help get Democrats elected in 2012 - and to do his part to push back against Romney's relentless campaign-trail mockery of his grandfather.

So Carter, 35, of Atlanta, set out track down the source of the video. He sent a message to the YouTube user seeking details. No luck. But then, after sharing links to the video on Twitter, Carter realized he had a new follower with the same name as the YouTube account. He quickly shot off a direct message.

"They were wary at first," Carter said in an interview with The Associated Press. "But they did respond."

What followed was a delicate, concerted effort to convince the source - still unknown to the public - that Carter could be trusted, and that the world had to see the rest of what was surreptitiously recorded as Romney spoke in May to donors who had paid $50,000 a person to attend the private fundraiser.

In a string of Internet conversations, Carter showed the source evidence that he had helped David Corn, a journalist with the magazine Mother Jones, report a story about Global-Tech Appliances Inc., a Chinese firm that Romney's Bain Capital briefly invested in. Both Carter and the source suspected it was that firm's factory that Romney was speaking about in the video.

"That gave me credibility," Carter said. "They opened up to me a little bit."

Soon after, Carter persuaded the source to trust Corn with the full video - on the condition that he keep the source's identity a secret. Corn ran with it, using clues in the video to triangulate when and where it had been recorded.

Then on Monday and Tuesday, Corn posted the clips to his magazine's website, sparking a firestorm for the Romney campaign over remarks claiming that nearly half of Americans "believe they are victims" deserving government help and that the Palestinians have no interest in peace with Israel.

"James: This is extraordinary. Congratulations! Papa," the former president told his grandson Tuesday morning in an email obtained by the AP.

For Carter, whose Twitter profile notes he's looking for work, his success in unearthing the video was followed by a string of job offers Tuesday, from the Ohio Democratic Party to online news sites like The Huffington Post and ThinkProgress.

But the coup de grace for Carter is the irony that Romney has spent many months assailing the elder Carter's record on everything from foreign affairs to small business policy, hoping to saddle the incumbent president with the less popular vestiges of his Democratic predecessor.

"I've gotten a lot of Twitter messages from people supporting me and saying that it's poetic justice that it was a Carter that uncovered this, considering the way that the Romney campaign has been talking about my grandfather," Carter said. "I agree with that sentiment wholeheartedly."
© Copyright 2021 AccessWDUN.com
All rights reserved. This material may not be published, broadcast, rewritten, or redistributed without permission.

Biden, Harris offer solace, denounce racism in Atlanta visit
President Joe Biden and Vice President Kamala Harris are offering solace to Asian Americans and a reeling nation as they visit Atlanta just days after a white gunman killed eight people, most of them Asian American women
By The Associated Press

4 men linked to Proud Boys charged in plot to attack Capitol
Four men described by prosecutors as leaders of the far-right Proud Boys have been indicted on charges that they planned and carried out a coordinated attack on the U.S. Capitol to stop Congress from certifying President Joe Biden’s electoral victory
By The Associated Press

Judge won't move trial in Floyd's death; 13th juror picked
A judge says he won’t delay or move the trial of a former Minneapolis police officer charged in George Floyd’s death but he’ll allow limited evidence from a 2019 arrest
By The Associated Press

State: Water may be unsafe at Texas site for migrant teens
Texas’ environmental regulator has barred most uses of the water at an oilfield camp converted into a holding center for immigrant teenagers
By The Associated Press
Privacy | User Agreement | Contact | Advertise With Us
2021 © Jacobs Media Corporation. All rights reserved. EEO Report. Website by Full Media
Login / My Access
close
Search