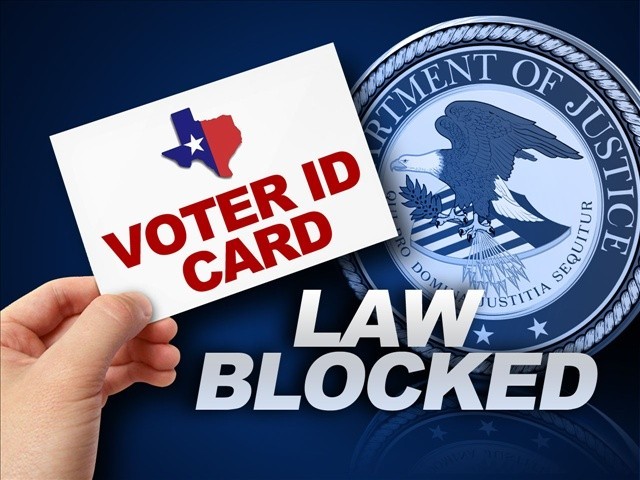 Related Articles
Donations pour in for families of Atlanta shooting victimsJury selection in 3rd week for ex-cop's trial in Floyd deathCharles Lewis, former DC chief at AP and Hearst, has diedSlain spa workers and customers mourned by families
Contact Editor
WASHINGTON - A federal court on Thursday rejected a Texas law that would require voters to present photo IDs to election officials before being allowed to cast ballots in November.

A three-judge panel in Washington unanimously ruled that the law imposes "strict, unforgiving burdens on the poor" and noted that racial minorities in Texas are more likely to live in poverty.

Republicans around the country are aggressively seeking similar requirements in the name of stamping out voter fraud. Democrats, with support from a number of studies, say fraud at the polls is largely non-existent and that Republicans are simply trying to disenfranchise minorities, poor people and college students - all groups that tend to back Democrats.

Thursday's ruling almost certainly prevents the Texas law from going into effect for the November election, but state Attorney General Greg Abbott said he will appeal to the U.S. Supreme Court "where we are confident we will prevail."

In the Texas case, the Justice Department called several lawmakers, all of them Democrats, who said they detected a clear racial motive in the push for the voter ID law. Lawyers for Texas argued that the state was simply tightening its laws. Texas called experts who demonstrated that voter ID laws had a minimal effect on turnout. Republican lawmakers testified that the legislation was the result of a popular demand for more election protections.

"In a matter of two days, the state of Texas has had its dirty laundry aired out across the national stage," said Democratic state Rep. Trey Martinez Fisher, chairman of the Mexican American Legislative Conference. "This deals with the despicable issues of discrimination, voter suppression, these are things that we're not proud of."

Tatel, writing for the panel, called the Texas law "the most stringent in the nation." He said it would impose a heavier burden on voters than a similar law in Indiana, previously upheld by the Supreme Court, and one in Georgia, which the Justice Department allowed to take effect without objection.

The decision comes the same week that South Carolina's strict photo ID law is on trial in front of another three-judge panel in the same federal courthouse. A court ruling in the South Carolina case is expected before the November election.

During an appearance in Houston in July, Attorney General Eric Holder said Texas' photo ID requirement amounts to a poll tax, a term that harkens back to the days after Reconstruction when blacks across the South were stripped of their right to vote. The attorney general told the NAACP that many Texas voters seeking to cast ballots would struggle to pay for the documents they might need to obtain the required photo ID.

Last December, South Carolina's voter ID requirement became the first such law to be rejected by the Justice Department in nearly 20 years. Republican presidential candidate Mitt Romney said the attorney general made a "very serious error" by blocking it. Romney said the requirement is easy to meet and will stem voter fraud.

"We don't want people voting multiple times" and "you can get a photo ID free from your state. You can get it at the time you register to vote," Romney said.

Across much of the South, the Voting Rights Act of 1965 is viewed as an overly intrusive burden on the states - a relic once used by the Justice Department's civil rights division to remedy discriminatory practices that no longer exist. Under Section 5 of the act, Texas, South Carolina and all or parts of 14 other states must obtain clearance from the Justice Department's civil rights division or a federal court before carrying out changes in elections. The states are mostly in the South and all have a history of discriminating against blacks, American Indians, Asian-Americans, Alaskan Natives or Hispanics.

This year, Pennsylvania enacted its own law and voting-rights groups who filed suit in an effort to stop it are appealing to the state Supreme Court. A hearing is scheduled for Sept. 13 in Philadelphia. The Republican administration of Gov. Tom Corbett says a U.S. Justice Department inquiry into the state's tough new voter identification law is politically motivated. The department is requesting the state's voter registration list, plus any database of registered voters who lack a valid photo ID that the law requires voters to show before their ballots can be counted.

In Wisconsin, a county judge ruled in July that the state's new photo ID law impairs the right to vote. In an appeal, Wisconsin Attorney General J.B. Van Hollen, a Republican, is arguing that the ID law doesn't impose an undue burden because voters can get free state ID cards.

Election administrators and academics who monitor the issue said in-person fraud is rare because someone would have to impersonate a registered voter and risk arrest. A report by the Brennan Center for Justice determined that new voting restrictions could suppress the votes of more than 5 million young, minority, low-income and disabled voters.
© Copyright 2022 AccessWDUN.com
All rights reserved. This material may not be published, broadcast, rewritten, or redistributed without permission.

Slain spa workers and customers mourned by families
Mothers, grandmothers and a brother
By The Associated Press