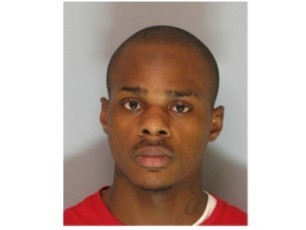 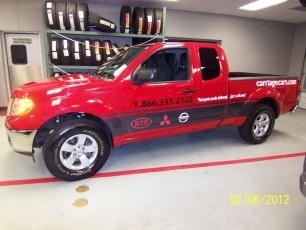 Mark Antonio Taylor II, 21, of Gainesville made a first court appearance in Hall County Magistrate Court at 11:00 a.m. Monday, according to a court spokeswoman, and he was ordered held without bond.

Taylor faces a number of charges, including murder, in connection with the death of Charles Weaver, 42, who worked in the parts department at Carriage Mitsubishi on Brown's Bridge Road.

Weaver's body was found just before 8:00 a.m. Friday by another employee of the dealership.

Taylor remained on the run until Sunday morning, when he was traced to an apartment complex on Constitution Avenue in southeast Atlanta. He was arrested by Atlanta SWAT officers.

Gainesville Police Cpl. Kevin Holbrook said at the time of Taylor's arrest that it does not appear that the suspect knew his victim, although a specific motive has not been released in the case.

Taylor will appear in court again on January 25 for a committal hearing, according to court officers.