Arrest made in dealership murder case 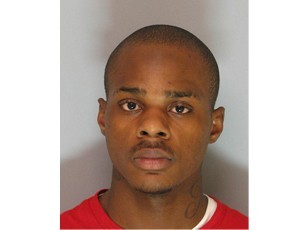 During the crime, a 2011 Nissan Frontier with distinctive graphics belonging to Carriage Auto Group was stolen from the scene. The police department reached out to its media partners in an effort to bring public attention to the vehicle, with hopes that the public could help locate the vehicle. The effort by the police department and the media paid off on Saturday afternoon.

An individual had unknowingly spotted the vehicle early on Saturday; this person later saw a newscast describing the vehicle and the events that led up to the theft of the vehicle. The individual contacted Atlanta Police Department as the vehicle was located in the City of Atlanta.

As a result of the investigation, Gainesville Police Department charged 21-year-old Mark Antonio Taylor II with the shooting death of Charles Weaver and related charges. Taylor is currently in custody and being held at the Hall County Jail.

Taylor is charged with murder, armed robbery, theft by taking of a motor vehicle, and possession of a firearm during the commission of a crime.

Police say Weaver's death is is believed to have been a random crime, saying there is no indication that the victim or the Carriage Auto Group was specifically targeted.

There were a number of agencies involved in the investigation, including he Georgia Bureau of Investigation, Georgia State Patrol, Atlanta Police Department and the Hall County District Attorney's Office.

Holbrook says this is a prime example of multi-agency operability, as many agencies worked together to solve this case and bring closure to the victim's family, friends, and co-workers.
© Copyright 2022 AccessWDUN.com
All rights reserved. This material may not be published, broadcast, rewritten, or redistributed without permission.