Obama back from Hawaii, Congress bickers on cliff Adding to the woes confronting the middle class was a pending spike of $2-per-gallon or more in milk prices if lawmakers failed to pass farm legislation by year's end.

White House aides disputed reports that Obama was sending lawmakers a scaled-down plan to avoid the "fiscal cliff," and gave no indication whether he would invite congressional leaders to a White House meeting either later Thursday or possibly on Friday.

A little more than four days from the deadline, there was no legislation pending in either the House or the Senate to stave off tax increases and spending cuts that economists say could send the economy into a recession. Far from conciliatory, the rhetoric was confrontational and at times unusually personal.

Senate Majority Leader Harry Reid, D-Nev., accused House Speaker John Boehner of running a dictatorship, citing his refusal to call a vote on legislation to keep taxes steady for most while letting them rise at upper incomes. The bill "would pass overwhelmingly," Reid predicted, and said the Ohio Republican won't change his mind because he fears it might cost him re-election as speaker when the new Congress convenes next week.

Boehner seems "to care more about keeping his speakership than keeping the nation on a firm financial footing," he said in remarks on the Senate floor.

Brendan Buck, a spokesman for Boehner, responded in a similar vein. "Harry Reid should talk less and legislate more if he wants to avert the fiscal cliff. The House has already passed legislation to do so," he said, referring to a measure that extends existing cuts at all income levels.

Addressing the GOP rank and file by conference call, Boehner said the next move is up to the Senate, which has yet to act on House-passed bills to retain expiring tax cuts at all income levels as well as replace across-the-board spending cuts with targeted savings aimed largely at social programs.

"The House will take this action on whatever the Senate can pass - but the Senate must act," he said, according to a participant in the call.

At the same time, Boehner told Republican lawmakers the House would convene on Sunday evening.

The risk of higher milk prices stems from the possibility that existing farm programs will expire at year's end, and neither chamber of Congress has scheduled a vote on even a temporary extension to prevent a spike. There have been unverified estimates that the cost to consumers of a gallon of milk could double without action by Congress.

The president flew home from Hawaii overnight after speaking with top congressional leaders.

Before leaving the White House last Friday, the president had called on lawmakers to pass scaled-down legislation that prevents tax increases for the middle class, raises rates at upper incomes and renews expiring unemployment benefits for the long-term jobless. He said he still supports a more sweeping measure to include spending cuts to reduce deficits, but said they could wait until the new year.

That capped an unpredictable week in which Boehner pivoted away from comprehensive deficit reduction talks with Obama to an aborted attempt to push legislation through the House that retained existing tax levels except above $1 million. Anti-tax Republicans rebelled at raising rates on million-dollar earners, and Boehner backpedaled and canceled the planned vote.

Without congressional action, current tax rates will expire on Dec. 31, resulting in a $536 billion tax increase over a decade that would touch nearly all Americans. In addition, the military and other federal departments would have to begin absorbing about $110 billion in spending cuts.

Failure to avoid the "fiscal cliff" doesn't necessarily mean tax increases and spending cuts would become permanent, since the new Congress could pass legislation cancelling them retroactively after it begins its work next year.

But gridlock through the end of the year would mark a sour beginning to a two-year extension of divided government that resulted from last month's elections in which Obama won a new term and Republicans retained their majority in the House.

The tax issue in particular has been Obama's first test of muscle after his re-election in November. He ran for a new term calling for higher taxes on the wealthy, and postelection public polls show continued support for his position.

Boehner's decision to support higher rates on million-dollar earners marked a significant break with long-standing GOP orthodoxy, but the resistance among his rank and file so far has trumped him as well as any mandate the president claims.
© Copyright 2022 AccessWDUN.com
All rights reserved. This material may not be published, broadcast, rewritten, or redistributed without permission. 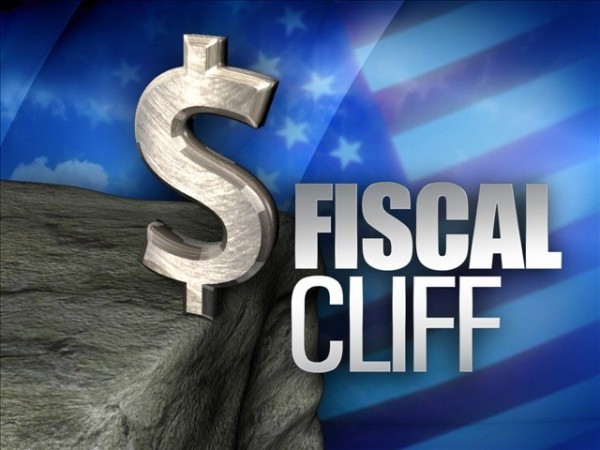 NY Gov. Cuomo acknowledges behavior seen as 'flirtation'
New York Gov_ Andrew Cuomo has acknowledged for the first time that some of his behavior with women had been “misinterpreted as unwanted flirtation.”
By The Associated Press