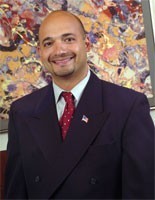 "The purpose of today's action is to defend access to the polls for all voters," stated Jerry Gonzalez, Executive Director of GALEO.
Contact Editor
ATLANTA - The Georgia Association of Latino Elected Officials (GALEO) has filed filed legal papers opposing an attempt by the State of Georgia to implement new voter registration procedures it says discriminate against minority voters. MALDEF (the Mexican American Legal Defense and Educational Fund) represents GALEO in the legal effort.

The case, filed by the State of Georgia June 22, seeks permission from the U.S. District Court in Washington, D.C.,to impose voter registration procedures GALEO says the U.S. Justice Department has concluded are flawed and discriminatory. The state seeks ``preclearance'' of its federally-required voter verification process that includes checking that voter registration applicants are U.S. citizens, according to Secretary of State Brian Kemp. GALEO has requested to intervene in the case to defend voting rights of Georgia Latinos and the constitutionality of the Voting Rights Act.

"This lawsuit seeks to strip away vital protections for minority voters," explained Nina Perales, MALDEF Southwest Regional Counsel and lead lawyer for GALEO in the intervention. "MALDEF will continue to oppose discriminatory voter registration procedures, and also defend the Voting Rights Act, a law that has provided the Latino community with greater access to the political process."

"The purpose of today's action is to defend access to the polls for all voters," stated Jerry Gonzalez, Executive Director of GALEO. "The State of Georgia has had a historical pattern of discriminatory practices against minorities, which has blocked access to the voting booths. As such, Georgia is subject to Section 5 of the Voting Rights Act. In this particular case, the State of Georgia has failed to demonstrate that the proposed voter verification procedures do not discriminate against minority communities," added Gonzalez.

"We do not believe Georgia has lived up to its legal obligations to protect and to ensure equitable access to all voters, including minority voters. In addition, we believe these proposed changes demonstrate the need to uphold the constitutionality of Section 5 of the Voting Rights Act in order to protect access to the polls. GALEO intends to work in a bi-partisan fashion to ensure Georgia can look at best-practices policy alternatives to protect voter access," continued Gonzalez.