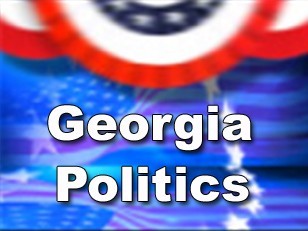 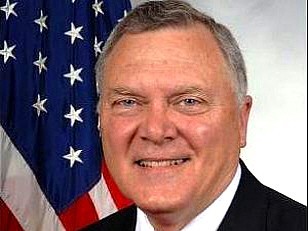 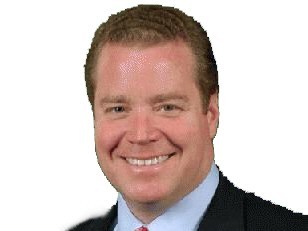 Contact Editor
ATLANTA - Two leading Republican candidates for governor in Georgia have already turned to hefty lines of bank credit to help pump up their campaign finances months before the primary in July.

State Insurance Commissioner John Oxendine and U.S. Rep. Nathan Deal have each secured $250,000 lines of credit from local banks whose officials have ties to the candidates. The two candidates are among the top fundraisers in the GOP race to succeed Gov. Sonny Perdue, who cannot seek a third term.

Officials with the banks extending the credit are generous campaign contributors who have poured thousands of dollars into the campaigns, an Associated Press review of campaign documents showed.

Deal was provided a line of credit from the Chattahoochee Bank of Georgia. The chairman of the bank's board is Jim Walters, a contributor to Deal and to Deal's son. Walters also leases space to the elder Deal's campaign in Gainesville. Walters and one of his companies have contributed $24,400 to Deal's gubernatorial campaign and another $1,000 to the campaign of Deal's son, Jason, for Superior Court.

Deal campaign spokesman Harris Blackwood said the line of credit was taken by Deal's campaign - not the congressman. Blackwood declined to say what specifically had been used to secure the line, saying only that the campaign had provided the bank with a look at its financial statements and the bank agreed to provide the money.

Bill Bozarth, head of Common Cause Georgia, said that raises a red flag because the campaign would appear to have few real assets.

"It's like saying you're getting a loan because you're Nathan Deal," he said.
Blackwood said the loan was needed for startup expenses and so that the campaign would have steady access to cash to pay the bills.

"There is nothing improper," Blackwood said.

The Deal campaign has paid Walters Management - owned by the bank chairman - about $3,761 a month in rent for campaign space since July, campaign records show. Walters said that was fair market rent for the space.
He said the loan was "made in the ordinary course of business" and called Deal "a straight shooter."

Meanwhile The Brand Banking Co., which Oxendine tapped for cash, was until six months ago regulated by Oxendine's office because it offered insurance products. Brand Banking Chief Executive Officer Bartow Morgan donated $12,500 to Oxendine in June 2009 while the bank was apparently still in the insurance business.

A public watchdog said the Oxendine loan raised concerns because he turned to a bank that his office once oversaw.

"It's unseemly," Bozarth said. "Clearly, they wouldn't be investing that kind of money if they weren't convinced they would get something should John Oxendine be elected governor."

"Commissioner John Oxendine is committed to this race and is willing to invest his own house and his own personal assets in order to get his message out across Georgia," Oxendine campaign manager Tim Echols told The AP.

Oxendine has led fundraising among Republican candidates. He has taken in about $2.7 million in the race without the loan and has $2.2 million cash on hand. Still, Echols said the line of credit, which Oxendine took on Dec. 23, 2009, would help with cash flow to make sure the campaign has the money when it's needed.

Oxendine's office said the bank is no longer involved in insurance and provided a letter from David Britt which said he purchased Brand Britt Insurance Co. on June 30, 2009.

Oxendine earns about $117,000 a year. On his financial disclosure form, Oxendine puts the value of his Gwinnett County property at more than $200,000. Echols said the home is paid off in full.

Political experts said loans like the ones Deal and Oxendine obtained can be more about strategy than real need.

Larry Noble, former general counsel for the Federal Election Commission, said money equals viability. "The more money you have, the stronger you look as a candidate and then the more money you can raise. And that increases the likelihood that the bank will be repaid," Noble said.

Rick Thompson, former chairman of the state Ethics Commission, said he agreed.
"The economy has made fundraising harder. But this is also partly a strategy, so they can say to constituents, 'Hey, I'm not only asking you for money but I am putting mine in as well,'" Thompson said.
© Copyright 2021 AccessWDUN.com
All rights reserved. This material may not be published, broadcast, rewritten, or redistributed without permission.