Buford runs over, through, around Tigers 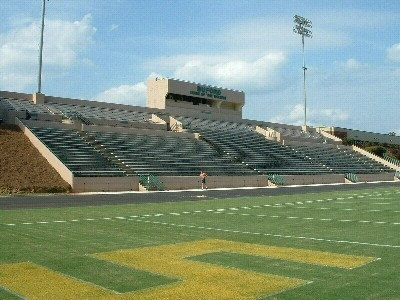 Contact Editor
BUFORD - All season Buford football coach Jess Simpson said his team was no where near perfect. Friday in the first round of the Class AA playoffs the Wolves came pretty close.

Buford exploded for four first quarter touchdowns en route to a 56-6 pummeling of Washington-Wilkes at Tom Riden Stadium. The Wolves (11-0) next will play host to Darlington, which beat Callaway 45-28.

Buford opened up the game with a 55-yard rushing touchdown by Cody Getz they would later add four more touchdowns in the first quarter and three more in the second quarter going into the half with a 56-0 lead.

The Wolves scored on eight of their 10 drives and had 20 carries for 192 yards with six rushing touchdowns. Twoey Hosch completed all four of his passes for 71 yards and two touchdowns.

The Buford defense held the Tigers to just 87 total yards of offense. The only score for Washington-Wilkes came on the final drive of the game on a 12-yard run by Deon Jackson.
© Copyright 2021 AccessWDUN.com
All rights reserved. This material may not be published, broadcast, rewritten, or redistributed without permission.