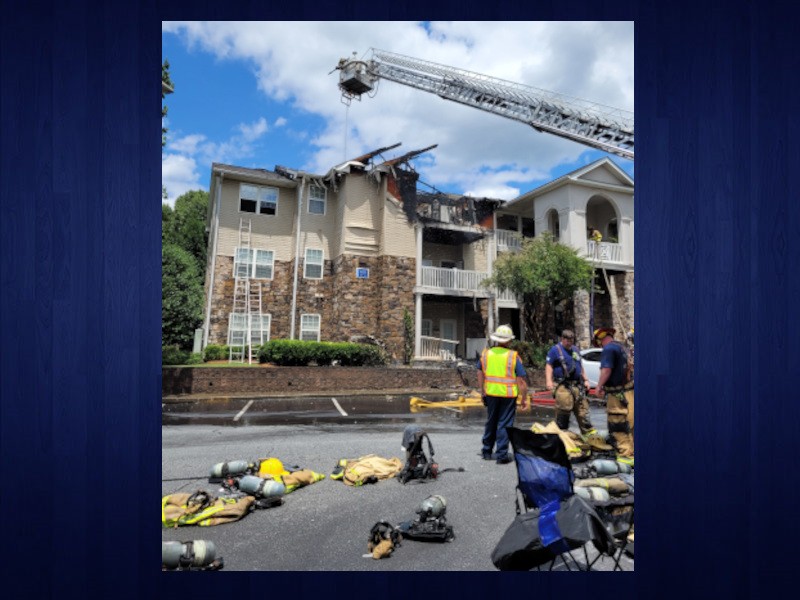 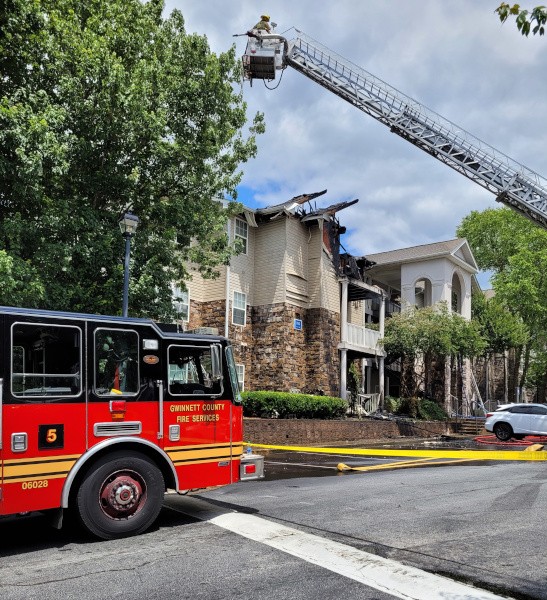 20 people were displaced after an apartment in Duluth caught fire Monday afternoon.

According to a press release from Gwinnett County Fire & Emergency Services, crews first responded at 12:52 p.m. to a report of a fire at The Portico Apartments, located at 5171 Preston Park Drive NW.

The 911 caller reported seeing flames and stated that the fire was spreading fast, according to the release.

When crews arrived at 12:58 p.m., they found heavy smoke and flames showing from the third-floor balcony of a corner apartment unit, as well as flames burning in the attic.

The building had already been evacuated before the arrival of fire crews, and no injuries were reported.

To put out the fire, crews deployed fire attack hose lines and raised the aerial ladder to knock down the flames. The fire was brought under control by 1:37 p.m.

Occupants were home in the third-floor corner apartment and discovered the balcony on fire after smelling smoke inside the unit.

The fire caused heavy damage to two apartments, the attic and the roof on the left side of the breezeway. Five adjoining apartment units have smoke, heat and water damage because of the fire.

The cause of the fire is currently unknown, but Gwinnett Fire Battalion Chief Tommy Rutledge said investigators were unable to rule out the possibility that "smoking materials" may have been responible for what was later determined to be an accidental ignition.

Management at the complex is helping the displaced residents and the American Red Cross has been contacted.