Buford battled the defending Class 7A state champion, Milton, down to the wire and held on to win 26-23 in an instant-classic. Meanwhile, Flowery Branch took care of business in Athens with a 38-0 shutout win over Class 6A Clarke Central at the iconic Billy Henderson Stadium.

Two punishing ground attacks went toe-to-toe in Hartwell with Hart County pulling away to beat Commerce 40-20 while North Hall's bid to knock off Class 7A Cherokee for a second consecutive season came up short in a 24-7 loss in Canton.

In some area border wars, Habersham Central got is first win of the season holding off White County 42-28; Union County routed Towns County 60-7 in Blairsville, and Cherokee Bluff denied Johnson three straight wins and picked up its first-ever victory in a blowout 37-7 win at nearby Bears Stadium.

East Jackson improved to 2-0 for the first time since 2009 with a 30-7 win over Oglethorpe County; Gainesville found its passing game and rebounded from a loss last week to beat Class 7A Lambert 55-7 in Suwanee, and West Hall's tough start continued with a 62-7 loss Jefferson on the road. Jackson County used its defense to get its second shutout win of the season beating Lumpkin County 31-0 in Jefferson.

East Hall's offense was striking fast in the first half and held off a furious charge from Woodland, Cartersville in the second to pick up its first win of the season, 34-28, at home. Lanier Christian Academy knocked off Holy Spirit Prep, 36-13, at home. 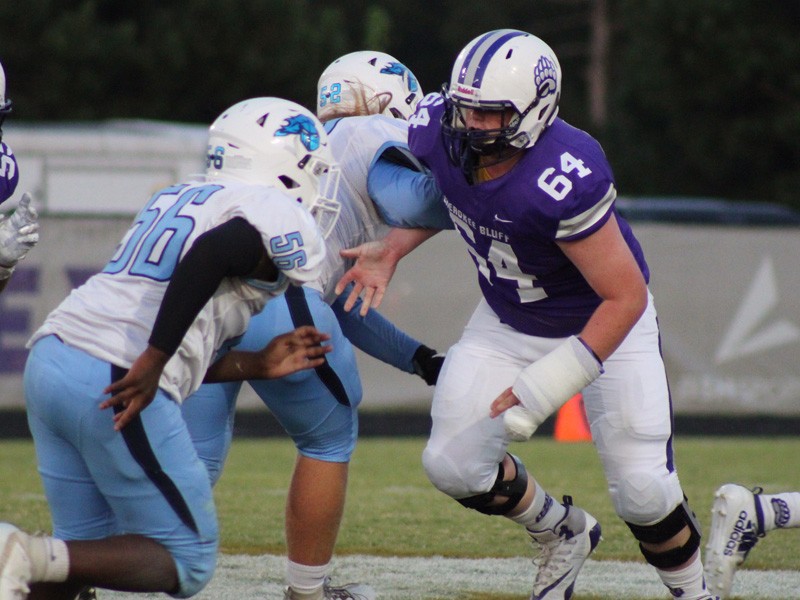