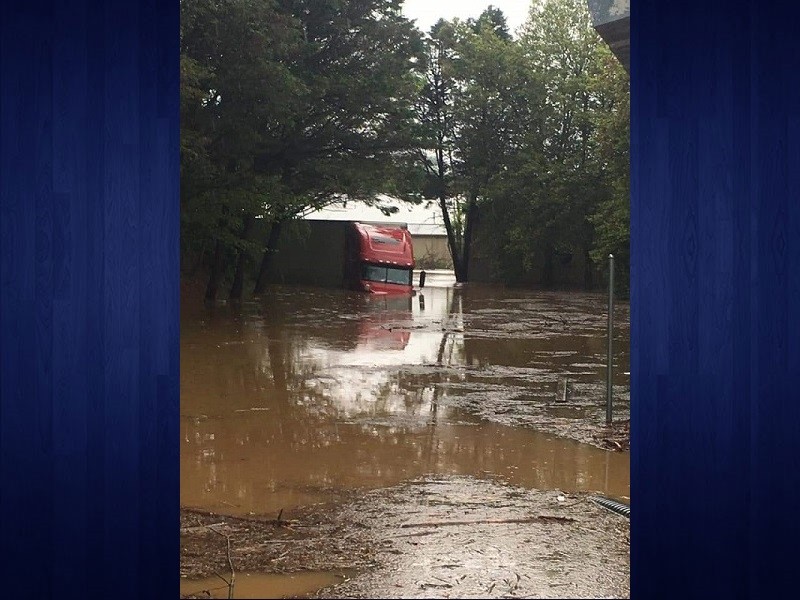 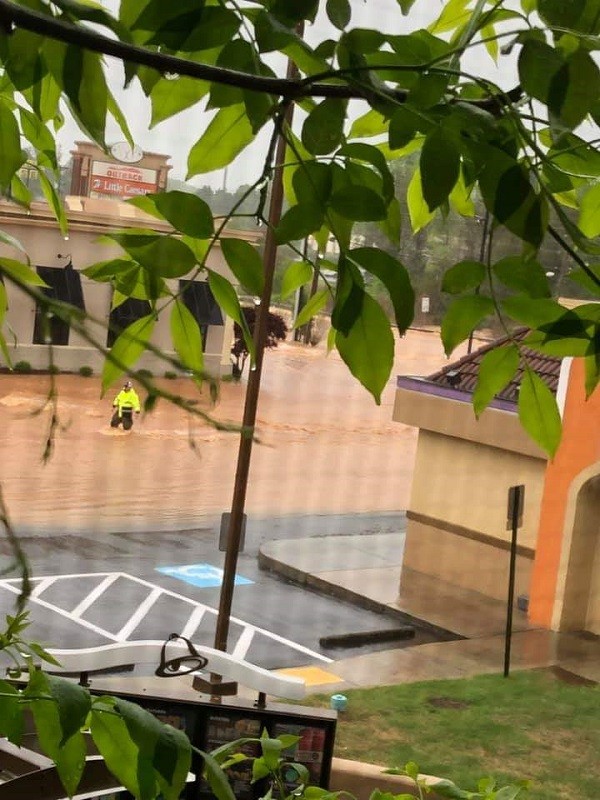 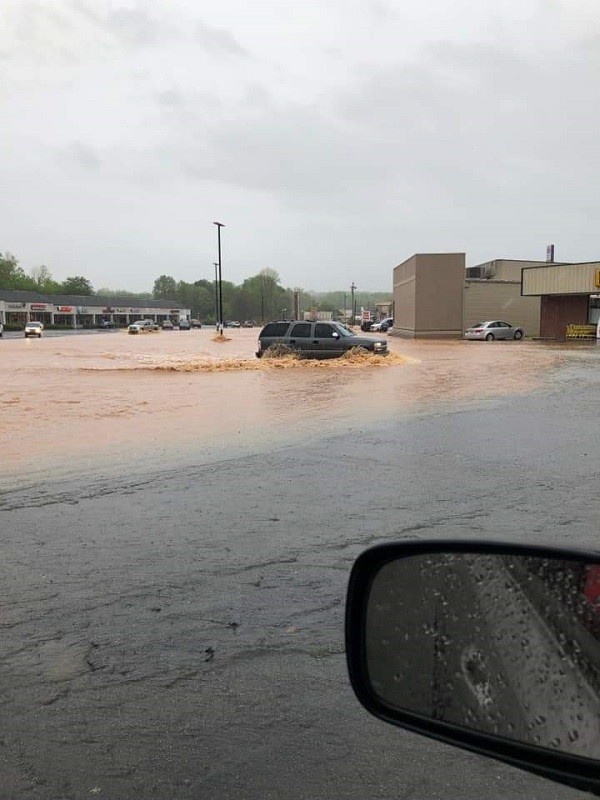 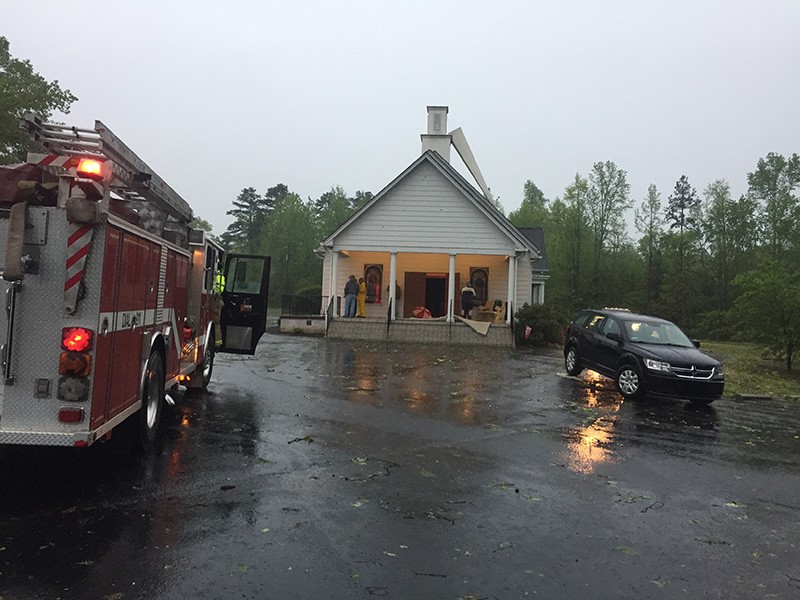 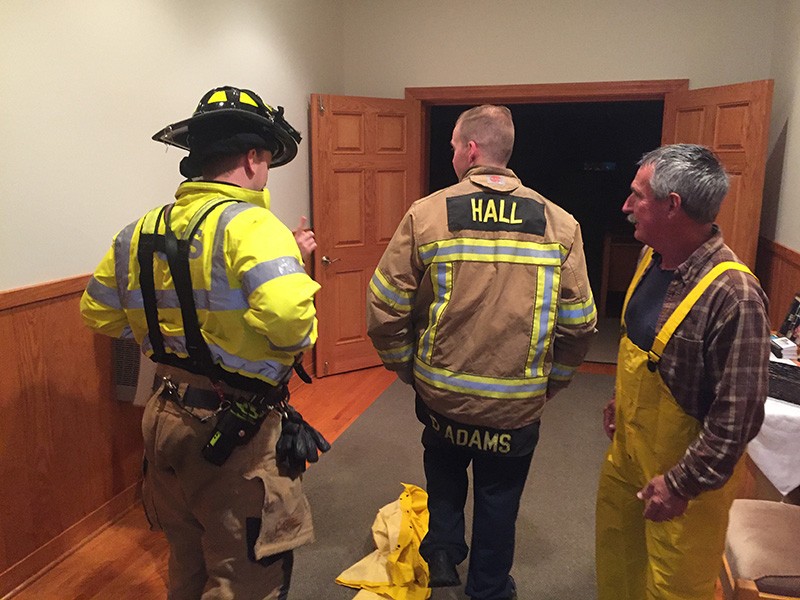 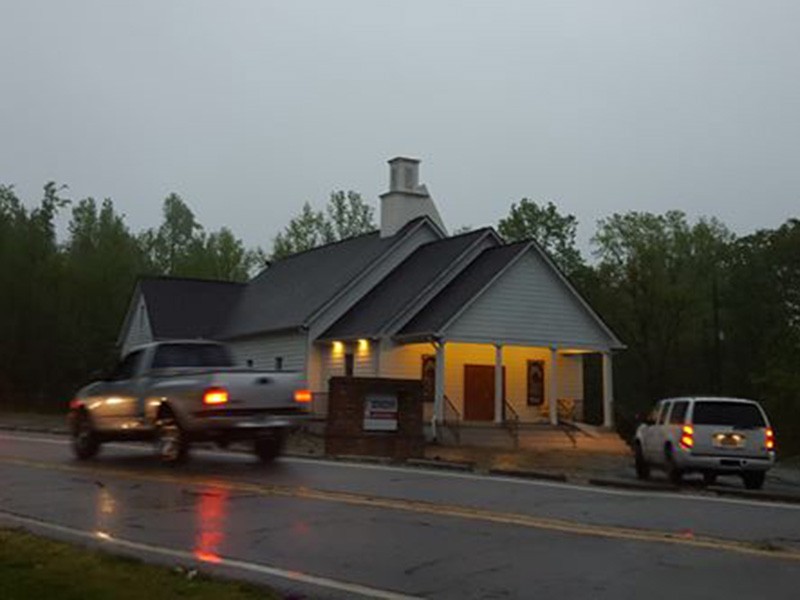 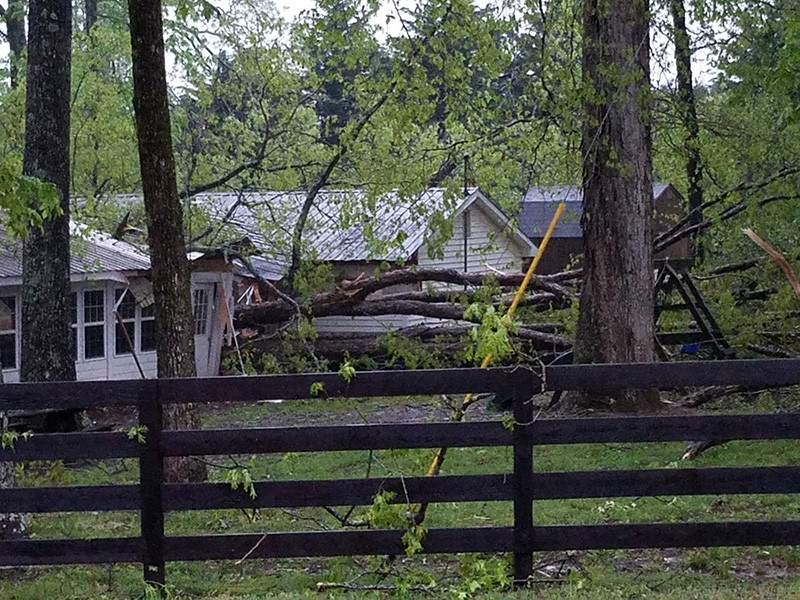 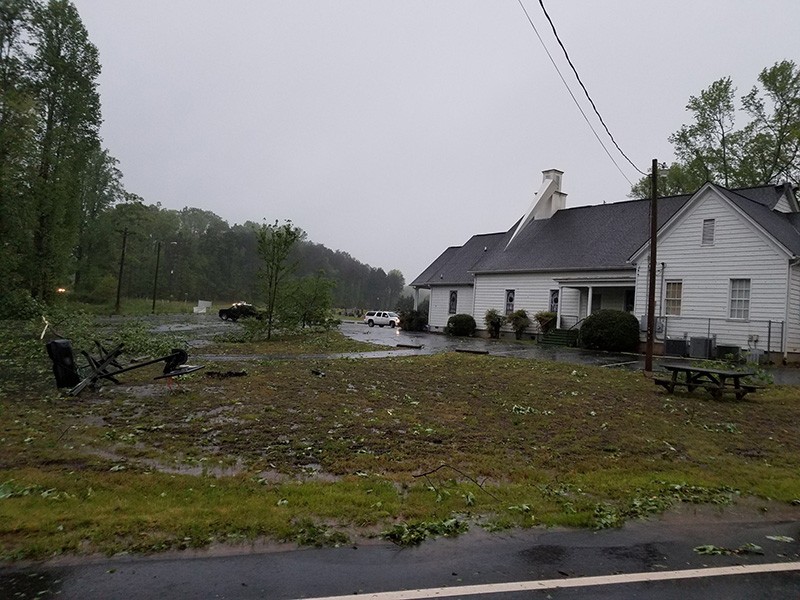 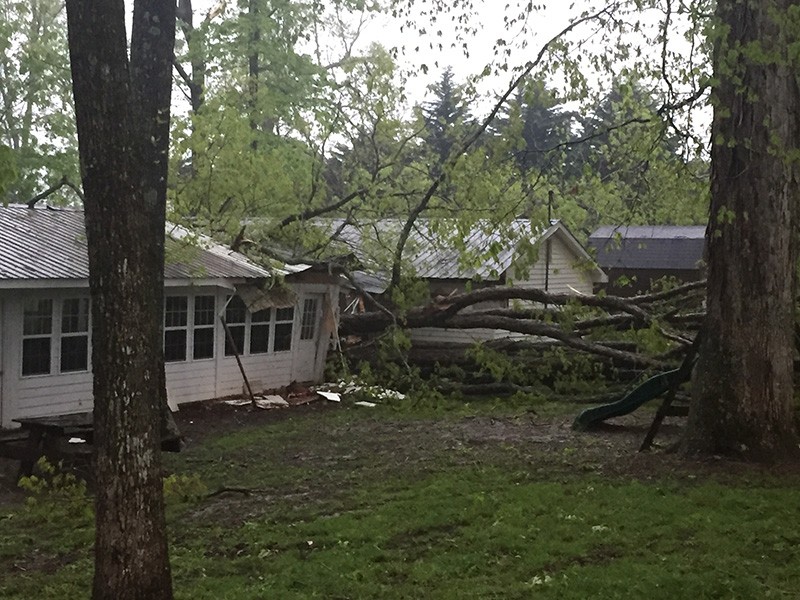 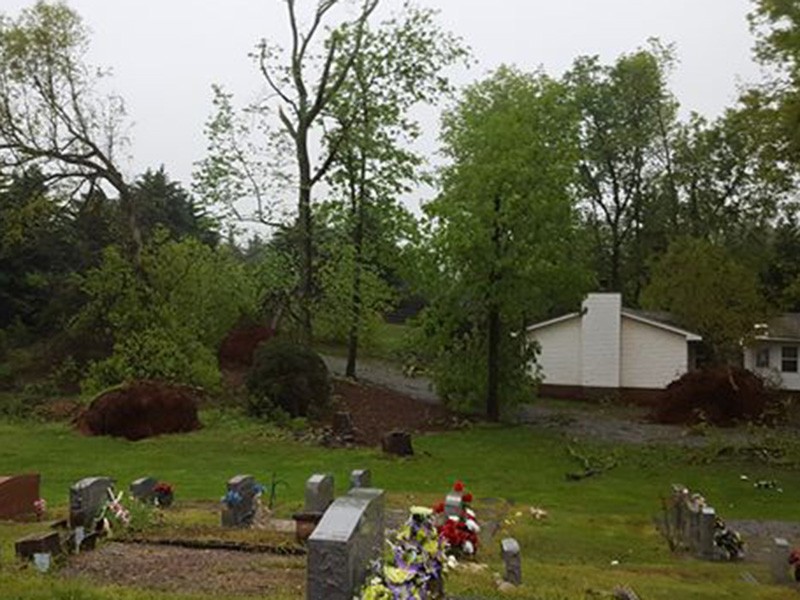 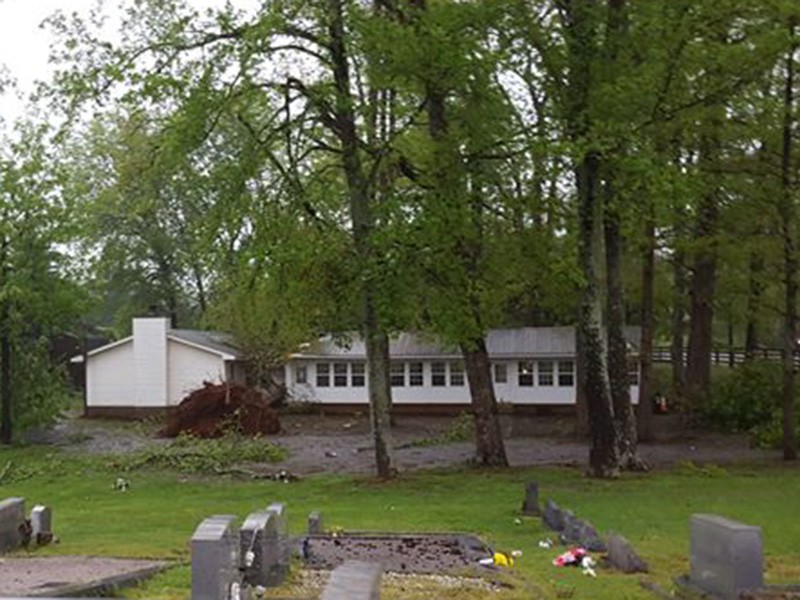 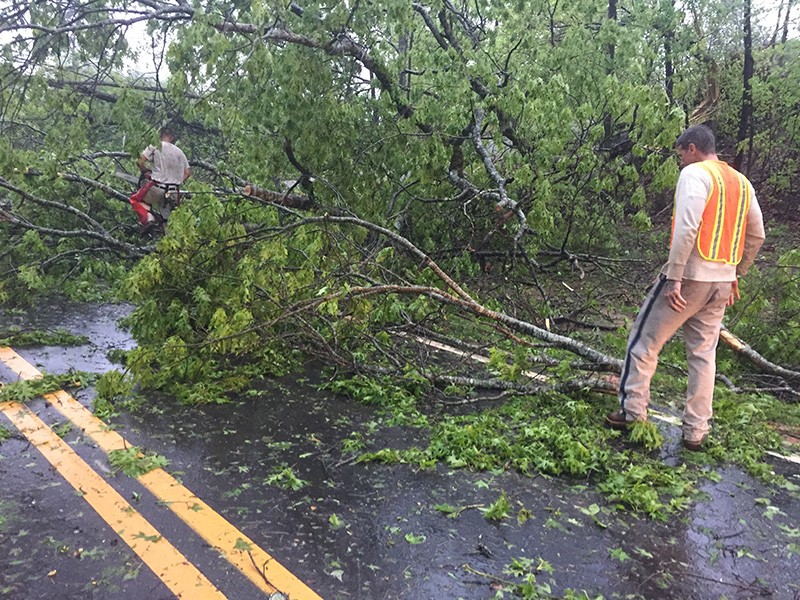 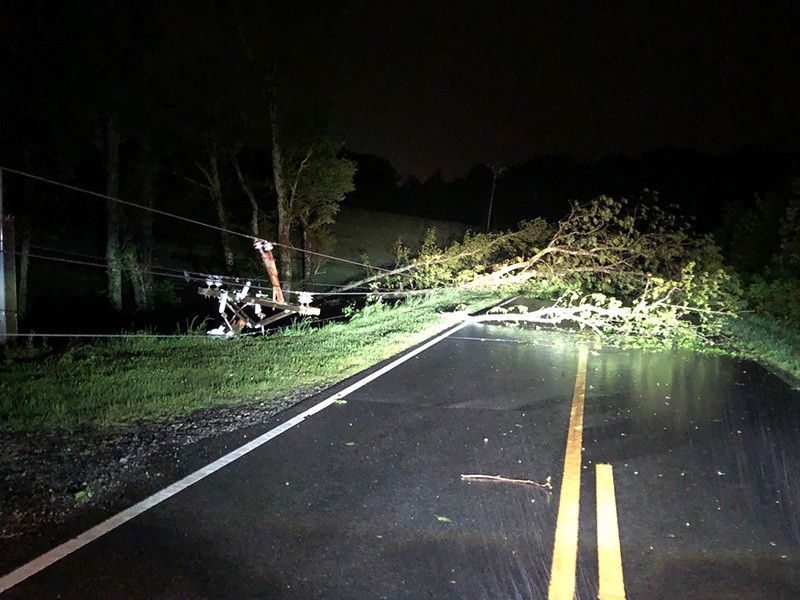 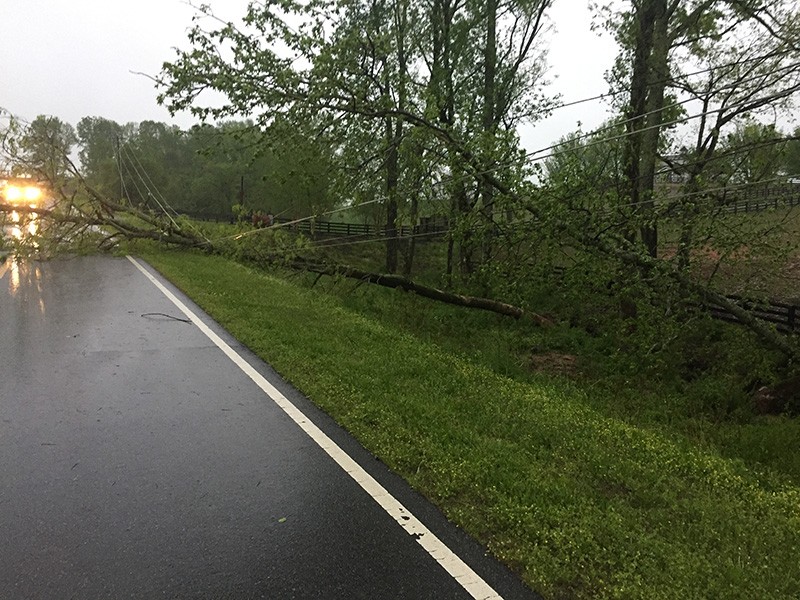 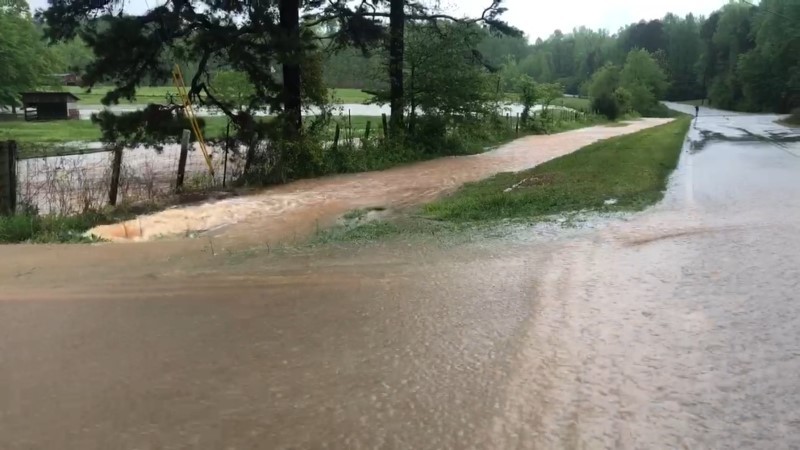 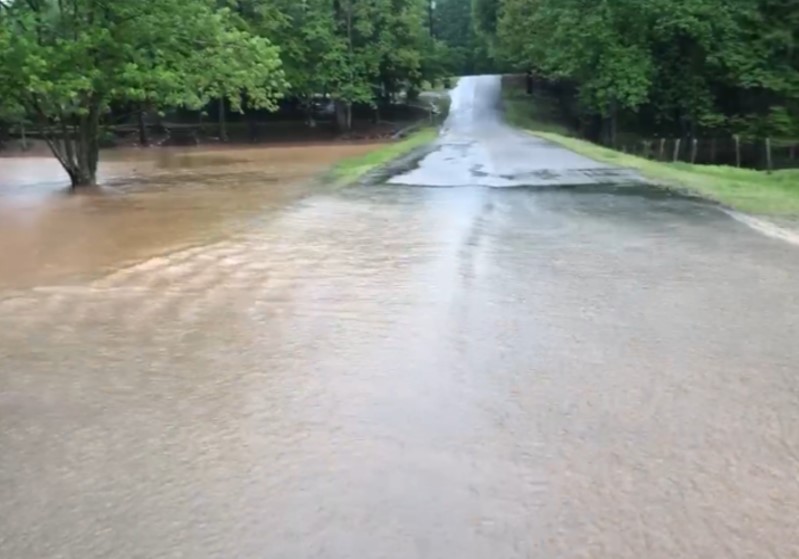 (Click the images at left for a photo gallery.)

Dewberry Baptist Church, located at Clarks Bridge Road and Glades Farm Road in North Hall County, suffered damage from the storms. The steeple on the church was knocked off, and the fellowship building across Clarks Bridge Road was damaged when a tree fell on it.

"I don't know if it was a tornado or straight-line winds, but the steeple is off the church, and we've got a building across the street that a tree has done completely through from one side to the other," Richard Clark, the church's head deacon, said. Clark said there appeared to be no damage inside the main church building. Hall County firefighters were helping the church remove the damaged steeple.

Crews from Hall County are performing damage assessments in the North Hall area, and power companies are working to restore outages, Ramsey said.

In Dahlonega, power was out on portions of the University of North Georgia campus, though it has since been restored. Officials announced that the Health and Natural Sciences Building will reopen at noon.

At 8:30 a.m., these roads are still being affected by crashes, flooding or downed trees: Nopone Road east of Cleveland Highway in Hall County; Buford Drive at Braselton Highway in Gwinnett County and Shiloh Road at Mars Hill Road in Forsyth County.

In White and Stephens counties, localized flooding was reported, but those incidents appeared to be isolated to specific properties.

Portions of Hall, Banks, Barrow and Jackson counties were under a Flash Flood Warning, and some motorist were reporting water across the roads.

Banks and Jackson counties were hit hard around 8 a.m. A tornado warning was issued for those areas, but it was not known immediately if a tornado had touched down.

in Gainesville, flooding was reported on Athens Highway near Roy Parks Road.

Traffic signals throughout the region were being affected by power outages. Officials urge motorists to treat any intersection with malfunctioning traffic signals as a four-way stop.

This story will be updated as new developments warrant.