DACULA — Buford escaped the Dacula Tip-off Tournament championship game with a 50-49 win over Wesleyan on Tuesday.

Buford coach Gene Durden took time out after his team forced a turnover to set up what turned out to be the game-winning play. Tate Walters hit the go-ahead layup off a pass from Ashiya Willis. The shot sealed the game.

Walters finished with a team-high 13 points, while Blair Willis and Sara Viti scored 12 each -- all 3-pointers.

The Wolves will play host to Rabun Gap on Dec. 5 at Buford Arena. Game time is set for 6 p.m.

Freshman Kirklyn Porter scored 17 points to lead the Tigers past Brookwood in the consolation game of the Raider Thanksgiving Classic at Raider Arena on Tuesday.

Marlie Townley finished with 14 points and Mariah Benson chipped in 13.

The Tigers outpaced Brookwood 44-31 through the first 24 minutes but had to hold off Brookwood in the final period to win the game.

Maddie Anglin added 12 points and Sophia D'Oliverira had 9 points for the Tigers.

Sadie Roach scored 19 points in Gainesville's loss to South Forsyth in the Chicken City Classic Showcase at home on Tuesday.

The War Eagles took a 9-4 lead after the first and a 31-21 lead at the half. In the second half, South Forsyth stretched its lead 53-38 after the third and held Gainesville to eight points while scoring 15 in the fourth quarter.

Gainesville had eight players in the scoring column.

The Red Elephants will travel to Woodstock on Dec. 7 in the Wesleyan Showcase.

Eliza Snyder scored 24 points and pulled 9 rebounds in the Lions' win over East Hall in the consolation game of the Piedmont Hardwood Classic in Demorest.

Jackie Allen finished with 21, Joelle Snyder had 10 and Maddy Towles tossed in 6 points. 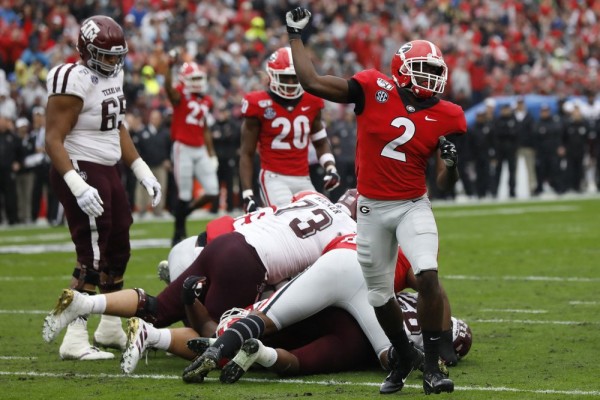 Dogs remain 4th in CFP rankings as Ohio St jumps to No. 1
Georgia held on at No. 4 while Ohio State jumped LSU to No. 1 in the College Football Playoff rankings with two weeks left to go before selection Sunday...
Sports

Girls basketball: Johnson gets 1st win of season; Dawson County rallies in NForsyth tourney
A balanced Dawson County offensive attack eventually wore down Madison County Saturday as the Tigers rallied in the second half for a 69-55 victory in the North Forsyth Tip-off Tournament...
By AccessWDUN Staff