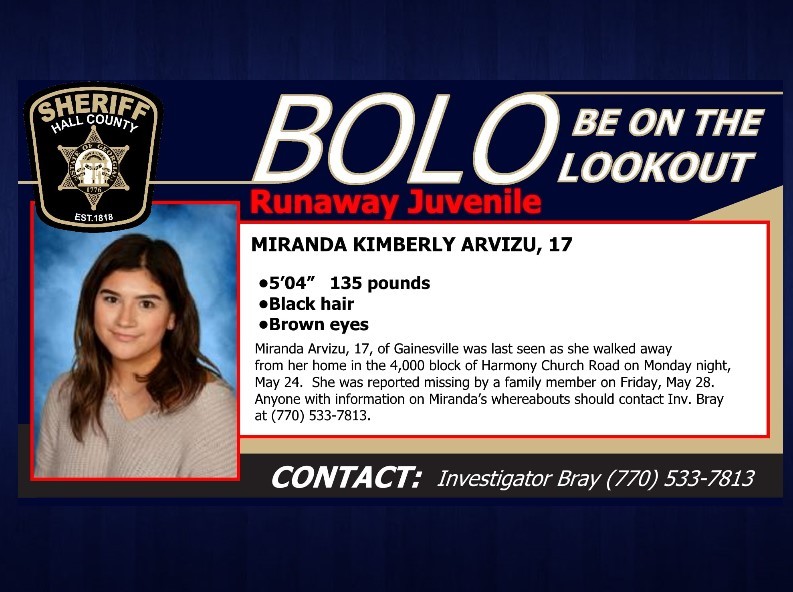 ORIGINAL STORY: Authorities are asking for help to find a Gainesville teenager who has been missing for over two weeks. According to the Hall County Sheriff's Office, Miranda Kimberly Arvizu, age 17, was last seen walking away from her home on Harmony Church Road on Monday, May 24.

The teen is described as 5’04” tall, weighing 135 pounds. She has black hair and brown eyes. Anyone with information on her whereabouts should contact Investigator Bray at 770-533-7813.