GDOT accepting comments on Phase III of I-85 widening in Jackson, Banks counties 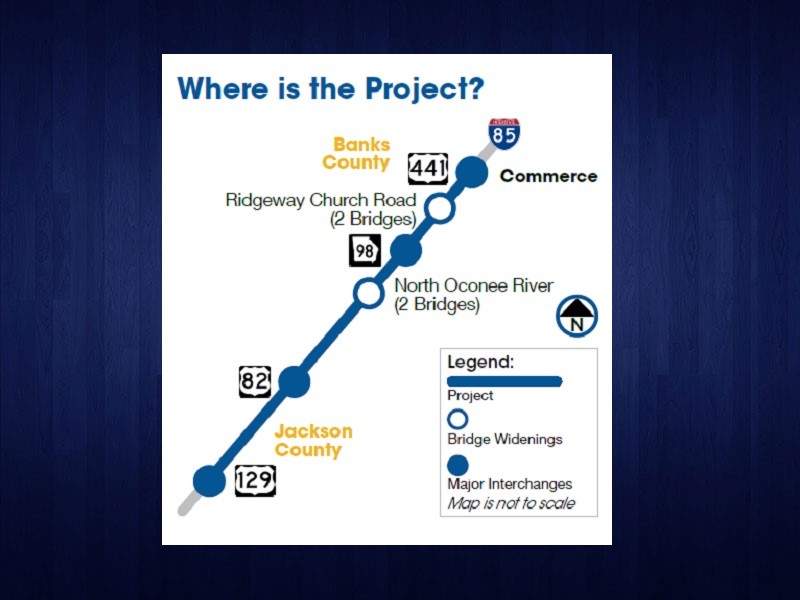 This Georgia Department of Transportation graphic shows the planned 13-mile Interstate 85 widening from U.S. 129 in Jackson County to just north of U.S. 441/Ga. 15 in Banks County. 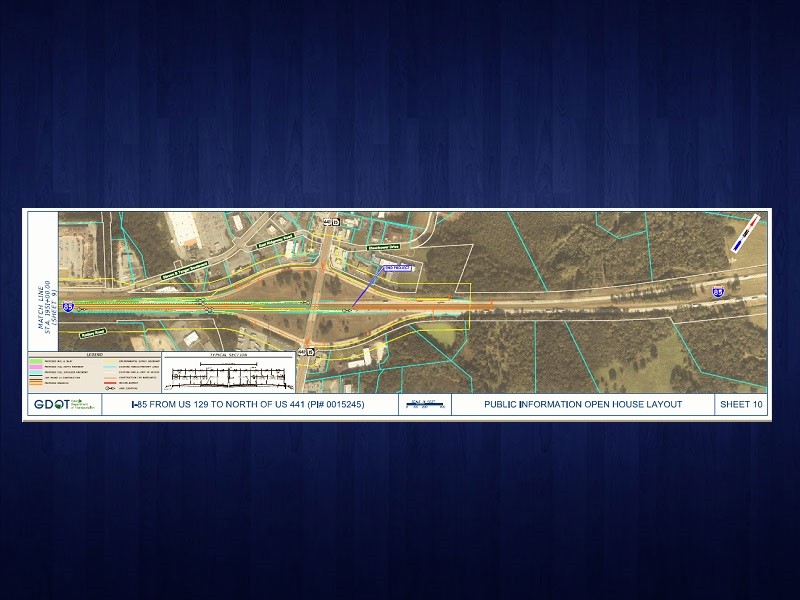 The Georgia Department of Transportation plans to continue a widening project on Interstate 85 through Jackson and Banks counties and is seeking public comments through March 9 on the project.

An online public information open house is replacing the traditional in-person presentation with a virtual one.

Information about the project, including planned bridge replacements along I-85 at North Oconee River and Ridgeway Church Road, can be found at https://i-85-widening-015245-gdot.hub.arcgis.com/.

“Georgia DOT has released the project’s concept design,” said Georgia DOT Project Manager Kathe Ahmed. “The department is offering virtual engagement opportunities for the public to submit comment on the project to keep critical transportation infrastructure improvements on track. We encourage members of the public to participate in the public comment period as we strive to improve the movement of freight and enhance mobility.”

The third phase of the proposal calls for adding an additional 12-foot lane in each direction along the 13-mile stretch from U.S. 129 to an area north of U.S. 441/Ga. 15, relieving congestion and increasing capacity along the busy corridor.

GDOT officials said the project would have the following benefits for motorists:

Currently, the existing corridor includes two general purpose interstate lanes in each direction with a 64-foot depressed grass median separating southbound and northbound travel. The grass median would be replaced with asphalt pavement to accommodate the proposed lanes, shoulders, and concrete median barrier.

The remaining eight bridges on I-85 Widening, Phase III are overpass structures that would be retained and would not involve any work.

Detours are not anticipated for the project. Construction to the outside of the existing pavement would be limited and would only include minor construction within existing right-of-way, such as the replacement of guardrail to meet current GDOT standards.

What is the timeline?

The environmental process took place in 2020-2021, with the public information open house phase taking place in the first quarter of 2021.

Design-build team selection will take place in the second quarter of 2021, with construction beginning in 2022 and substantial completion occurring in 2023-2024.

How can the public provide input?

What would happen after this phase?

Planned future phases of I-85 widening would widen the highway to the north, extending to the South Carolina state line.