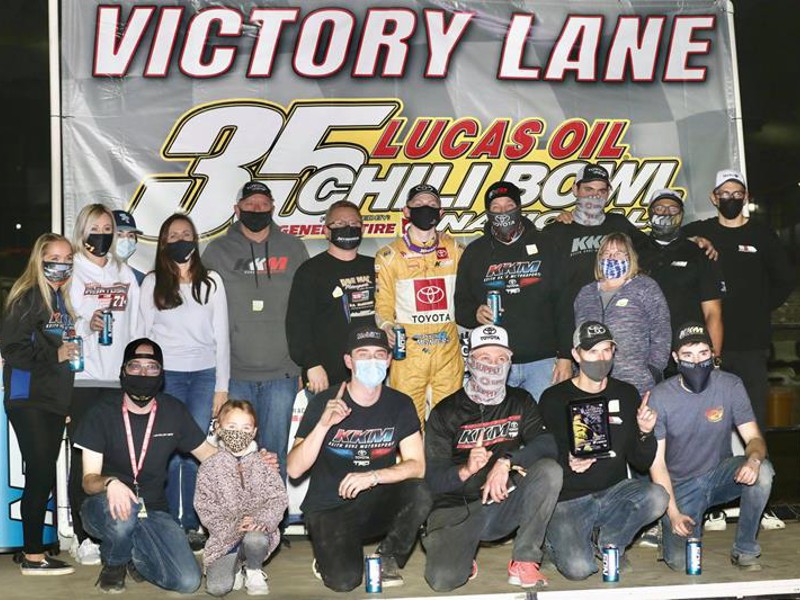 It marked the second opening night win for the Bixby, Oklahoma native in as many years.

“I really didn’t think I was going to be able to do it again, but you just have to believe, and as the night went on, I started to believe more and more that I could do it and just told myself to be patient and be consistent, and that’s what it took to win tonight,” said McIntosh, who drove the Keith Kunz Motorsports-Curb-Agajanian No. 71k to the win.

The A-Feature victory was the 30th for car owner Keith Kunz at the Tulsa Expo Raceway.

The 18-year-old battled early on with Ryan Bernal, with McIntosh gaining the edge on lap 4. Tyler Courtney would move up to second, and worked to try to challenge the leader.

McIntosh was able to hold Courtney at bay through a series of restarts, and went on to score the victory by a 1.446-second margin over Courtney. Both are now locked into Saturday night’s A-Feature.

Blake Hahn came home in third, with Chris Windom in fourth and David Gravel in fifth.