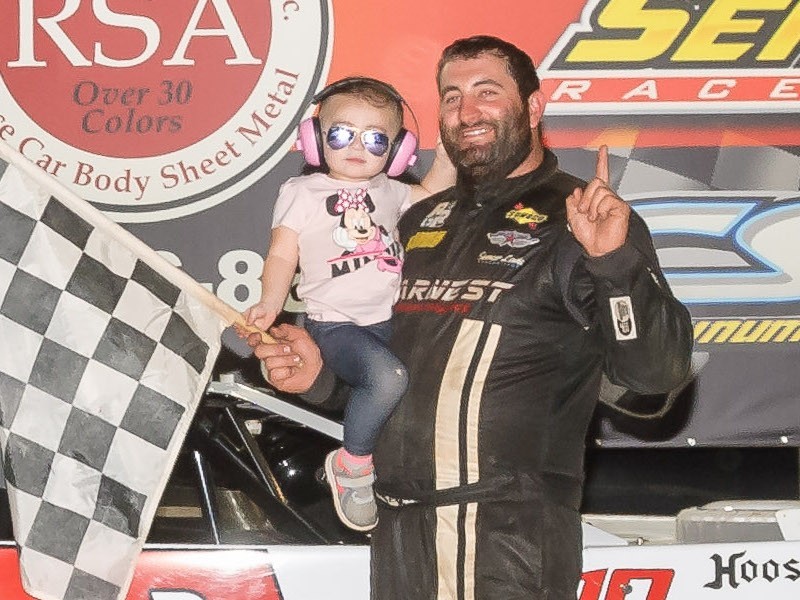 SENOIA, Ga. - No matter if it’s on asphalt or on dirt, Bubba Pollard is a tough driver to beat.

He added to his dirt track win column on Saturday night, as the hometown hero scored the Crate Late Model victory at Georgia’s Senoia Raceway.

Pollard, who calls Senoia home, was fastest in qualifying, then lapped all but one car in the feature en route to the win.

Dylan Knowles, who has been his Senoia rival this season, finished second, the only other car on the lead lap.

So far in 2020, Pollard and Knowles have split the four feature races they have both competed in on the season. Pollard has two wins now with the other coming in early May while Knowles has won two with his wins coming in mid-May.

In other action, Landon Bagby netted his first career win in the Limited Late Model feature, leading flag-to-flag on his way to the victory. Chaz Haskins followed in second, with Marty Lunsford in third, Thomas Mewborn in fourth and Dennis Hale in fifth.

It was another flag-to-flag victory in the Late Model Sportsman feature, as Cory Compton scored the victory. Morgan Alexander finished second, with Lee Gray in third, Matthew Knight in fourth and Bobby Arnold in fifth.

Connor Younginer bypassed Mike Weed with two laps to go in the Charger feature, and went on to record hi second win of the season. Weed finished in second, followed by Andrew Moody in third, Jamie Godbee in fourth and Johnny Stinchcomb in fifth.

William Blair was the winner in the Bomber feature, with Dustin Smith, Blant Duke, David Jackson, and Craig Boozer rounding out the top five.

James Swanger scoed the victory in the Hobby feature. Tim Harmon came home in second, with Landon DeGraff in third, Blake Harmon in fourth and Michael Thomas in fifth.

In the Hot Shots feature, it was Rick Ricks taking the victory, followed by Cory Wilson in second, Tommy Smith in third, Shannon Stephens in fourth and Eli Bradley in fifth.