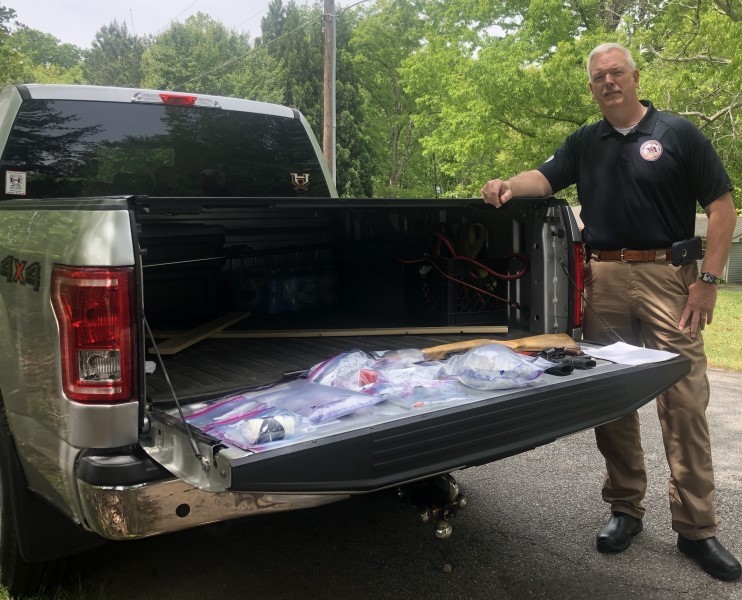 Habersham County Sheriff Joey Terrell is shown with drugs and firearms confiscated during a raid at an Alto residence. (Photo: ARDEO)
Contact Editor

North Georgia drug agents confiscated about $20,000 worth of heroin during a Wednesday raid on a home in Habersham County.

According to ARDEO Special Agent in Charge Trent Hillsman, agents found more than 160 grams of heroin during the raid. Hillsman said that is 40 times the trafficking amount in the state of Georgia. Estimated street value of the heroin was placed at $20,000. In addition, agents found scales, cutting agents and packaging materials, approximately one ounce of methamphetamine, various quantities of Schedule II and III narcotics (prescription pills) and drug paraphernalia. Agents also located four firearms during the search.

Habersham County Sheriff Joey Terrell, who was present at the raid, said he anticipated more arrests in the case as the investigation continues.