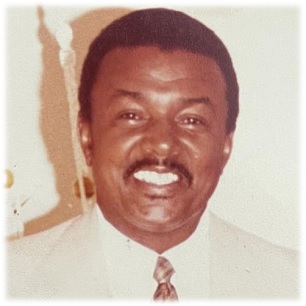 Rev. John W. Evans, Jr. was born May 28, 1932, in Monroe, Ga. to the late, John W. Evans, Sr. and Trummie Evans. From their union 15 children were born, Rev. Evans being the second born. After the terrible tornado of 1936, the Evans family moved to Gainesville and immediately became connected to the Gainesville community through church, fellowship, and service. In 1941, Antioch Baptist Church was founded by Rev. Evans, Sr. and the Evans clan became the founding family of this great church. Rev. Evans walked in his father’s footsteps through ministry soon as his father’s sudden death in 1966. Their family was rooted in Jesus Christ and was exemplified in their daily walks.

As a child, Rev. Evans attended Northwestern School, Fair Street Elementary and Beulah Rucker Industrial School. He graduated from Beulah Rucker in 1949. After completion, he began working at JD Jewels Chicken Company, then enlisted in the Army (1950). After serving our country, Rev. Evans came back to Gainesville and married his sweetheart, Marion B. Evans on December 19, 1954, and they had 5 children. They were married 65 years until her death in February 2019. During his working years in Gainesville, Rev. Evans worked at New Holland Mills for 20 years, then retired from Cottrell Inc. in the late 90’s.

In 1967, Rev. John W. Evans, Jr. accepted his call into the ministry. He was licensed by Rev. R.E. Cooper, who was the pastor of Antioch after Rev. Evans, Sr. passed. “Rev. Evans” as he’s known as around Gainesville and surrounding areas is a true bible machine, being very smart and quick when it comes to the word of God. He is known for his charismatic personality and being a jokester. Normally, whenever he sees anyone who he truly “knows,” he will joke and say, “WHO ARE YOU?? WHO ARE YOUR FOLKS? ARE YOU FROM THE BIG CITY OF ATLANTA?” He will also remind you that he’s 89 years old, was married to the same woman for 65 years, never been to jail, his children never smelled liquor on his breath, and he can still *inserts a JUMP.*