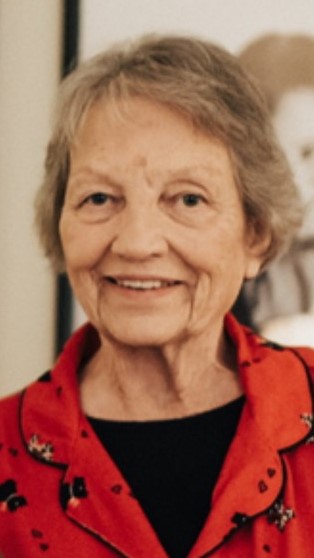 Phyllis Mundy Carter, 84 of Lula, Georgia, passed away peacefully on October 9, 2021, surrounded by her loving children. Phyllis was born on November 19, 1936, in Raleigh, North Carolina, to the late Lloyd and Ruby Mundy. She was preceded in death by William (Billy) Richard Carter, her loving husband of 25 years and her son, Scott Thomas Carter.

Phyllis and Billy married in November 1955. First and foremost she loved the Lord and attended Lakewood Baptist Church for many years. She was a dedicated mother to her six children. She treasured her children and was always busy shuttling everyone to activities and practices during their childhoods. Early in their marriage, the family moved to Florida where Phyllis developed a lasting love for the beach.

In 1977, she and her family moved to Daytona Beach, Florida to open Carter’s Mattress Company. After her husband’s death in January 1981, she returned to Gainesville where she began a long career with Northeast Georgia Medical Center where she made many lifelong friends.

The family will receive friends and family at Little-Davenport Funeral Home, Gainesville, Georgia on Wednesday, October 13, between 4-6 pm. A celebration of Phyllis’ life will be held Friday, October 15, 2021, at 10 am at Fairview Cemetery in Buchanan, Virginia. Phyllis will be laid to rest beside her husband, Billy, son, Scott, and her mother and father.