Despite tornado warnings popping up in a number of North Georgia counties since early morning, emergency officials have reported no injuries resulting from the storms.

Rainfall totals could reach anywhere from 2 to 6 inches before the system moves out of the area Friday morning, according to the National Weather Services.

Some prep basketball tournaments have been postponed because of dangerous driving conditions. 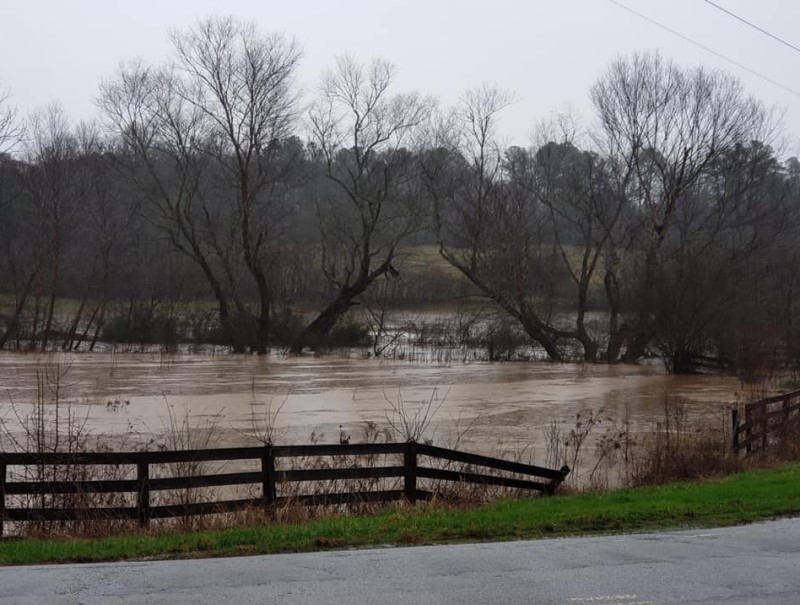 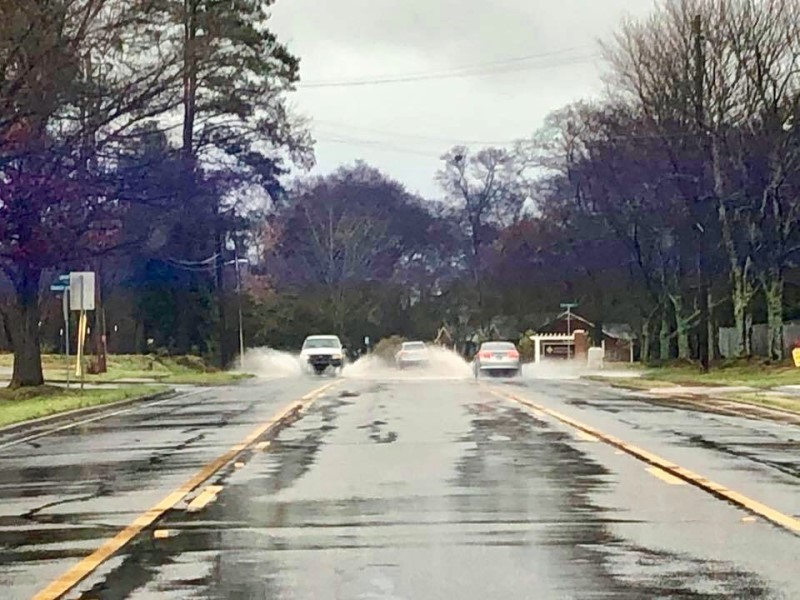 Vehicles splash through standing water in the roadway in the Royston area. (Photo: Royston Police Department) 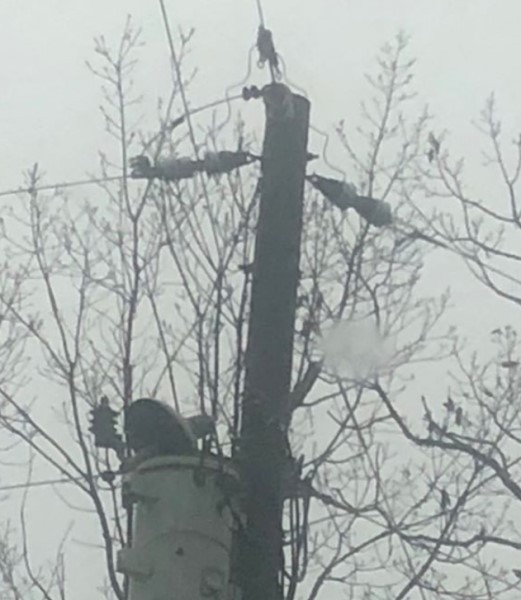 Habersham County EMC was responding to a power outage Thursday morning in an area of US 129 when crews spotted this blown transformer on a power pole. 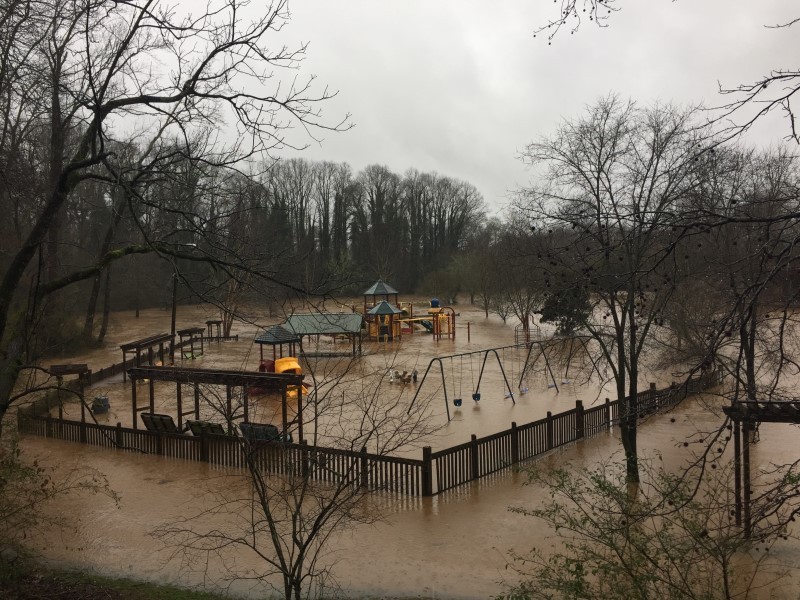 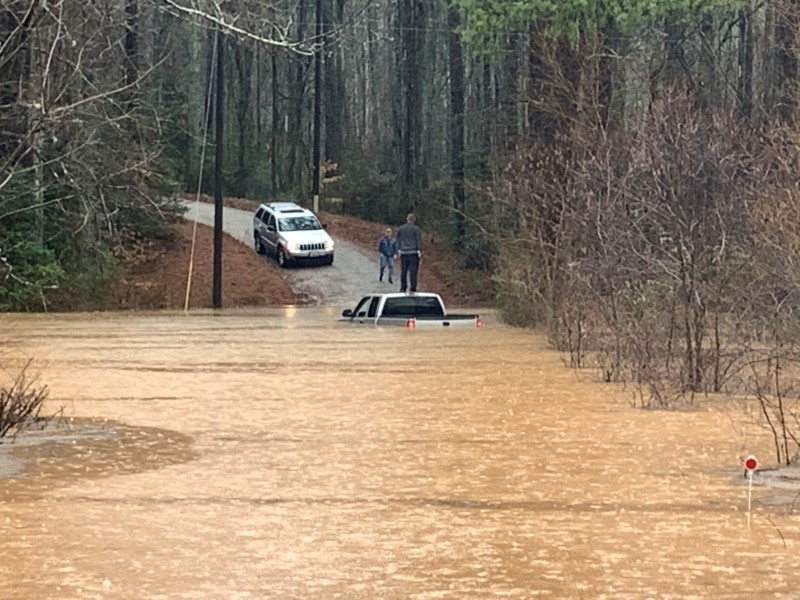 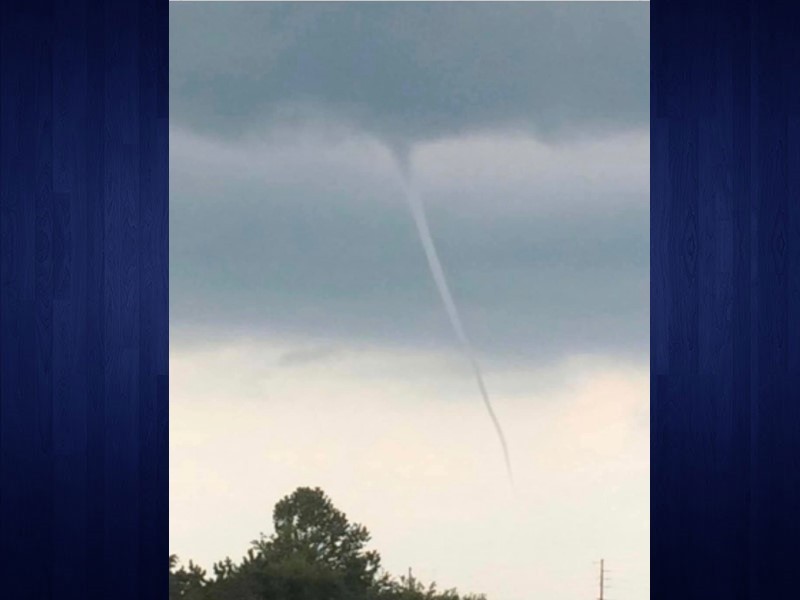 Tornado warnings popped up across North Georgia Thursday morning. This funnel cloud was seen in the sky over Watkinsville. So far, no touchdowns have been reported. (Photo submitted: Anthony Dye) 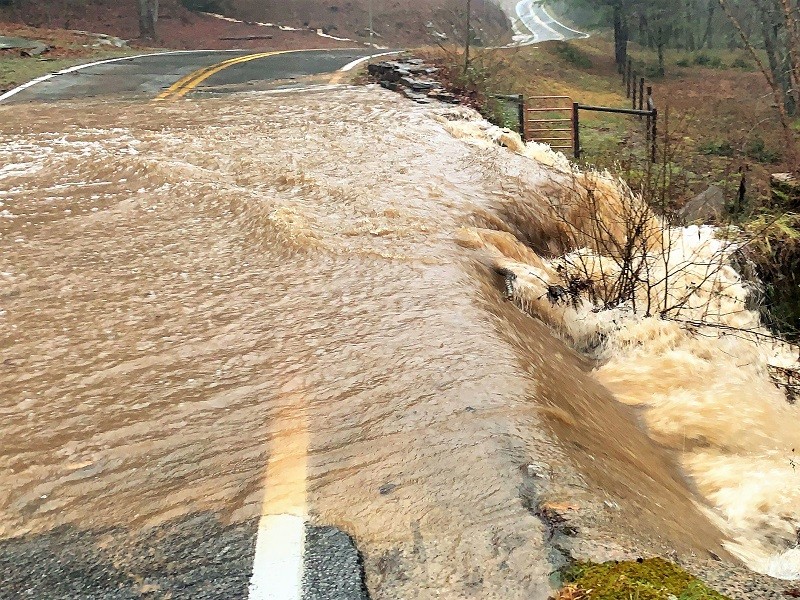 Water rushes through The Dip on Ga. 197 North in Batesville. (Photo: Brittany Perry) 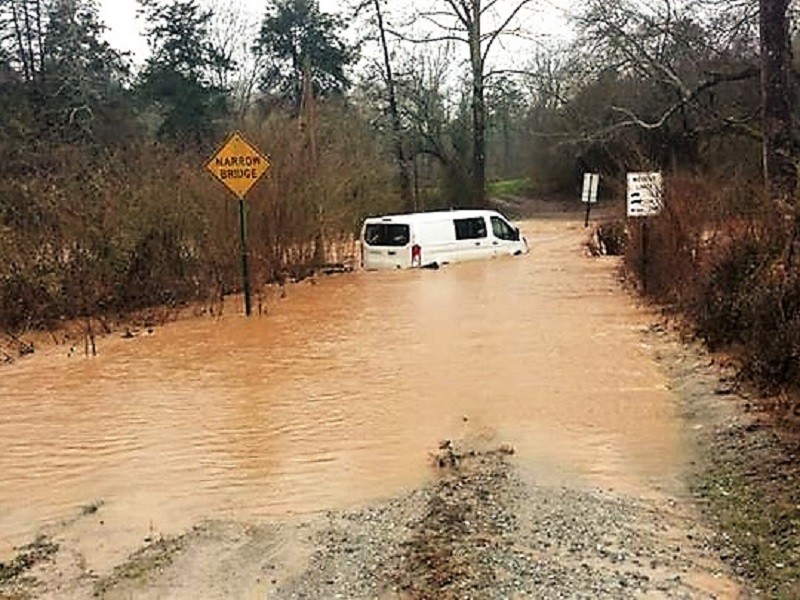 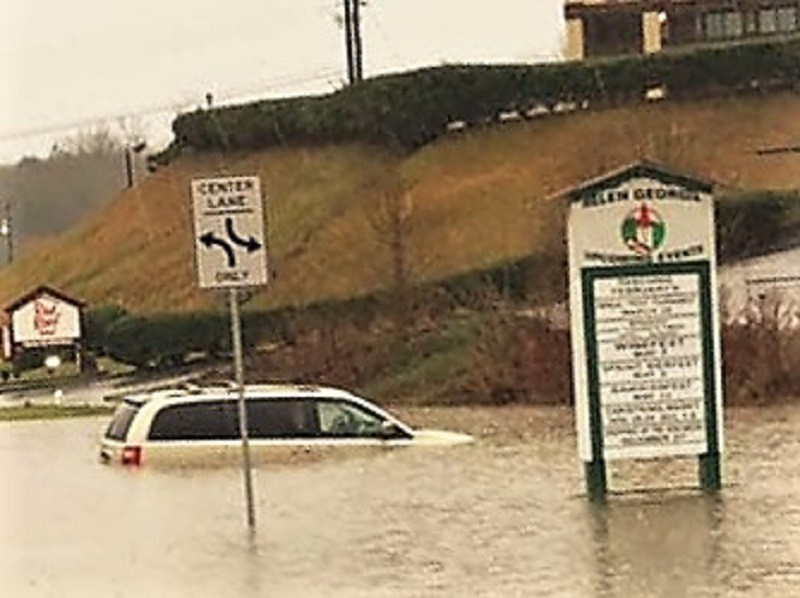 Water rises on a van stranded in the flooded parking lot of a convenience store on South Main Street in Helen. 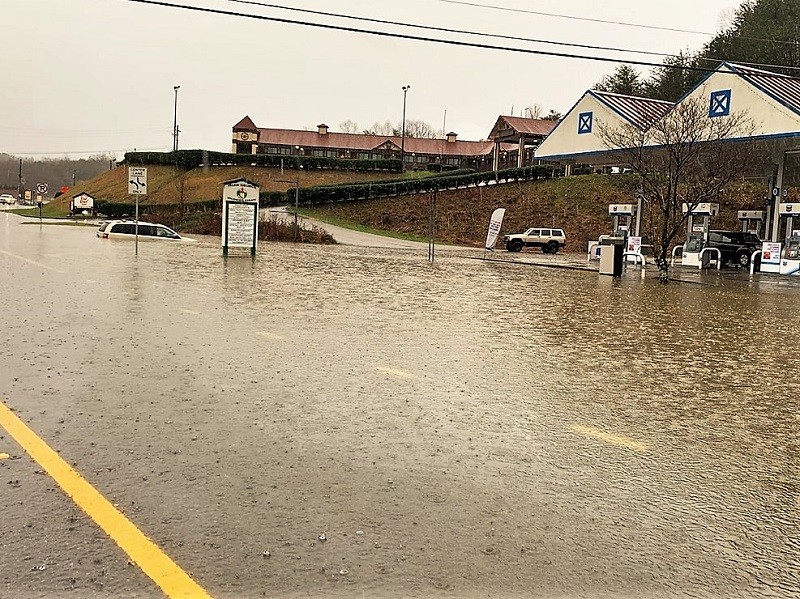 Water rises on a van that attempted to access the parking lot of a flooded convenience store on South Main Street in Helen. 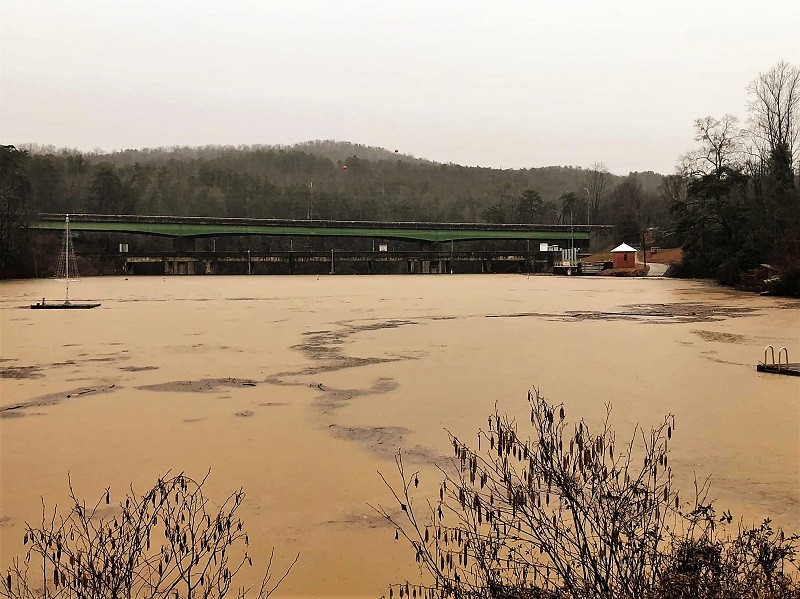 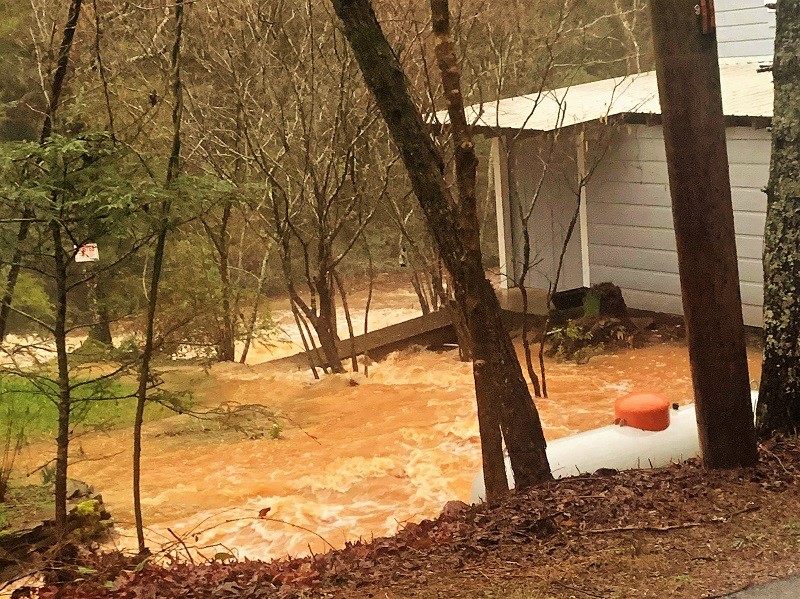 Water fills the yard of Mark of the Potter on Ga. 197 in Batesville. (Photo: Brittany Perry) 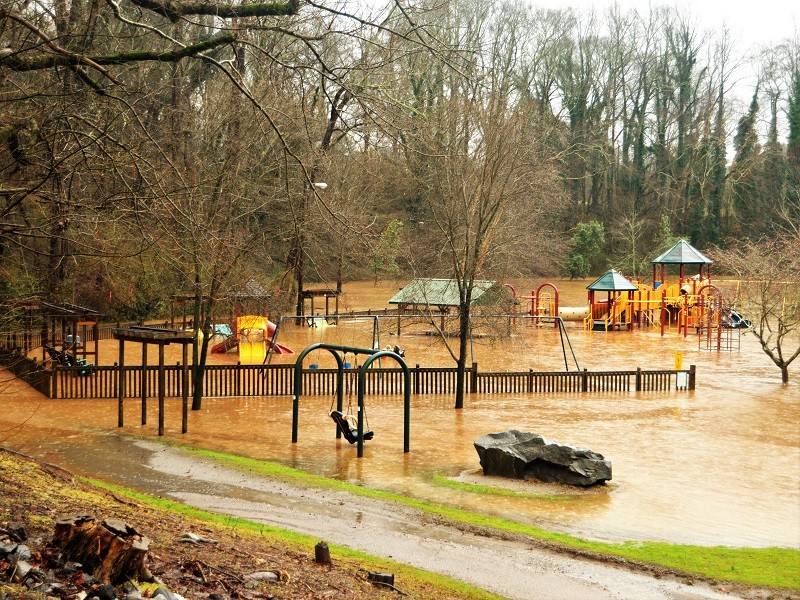 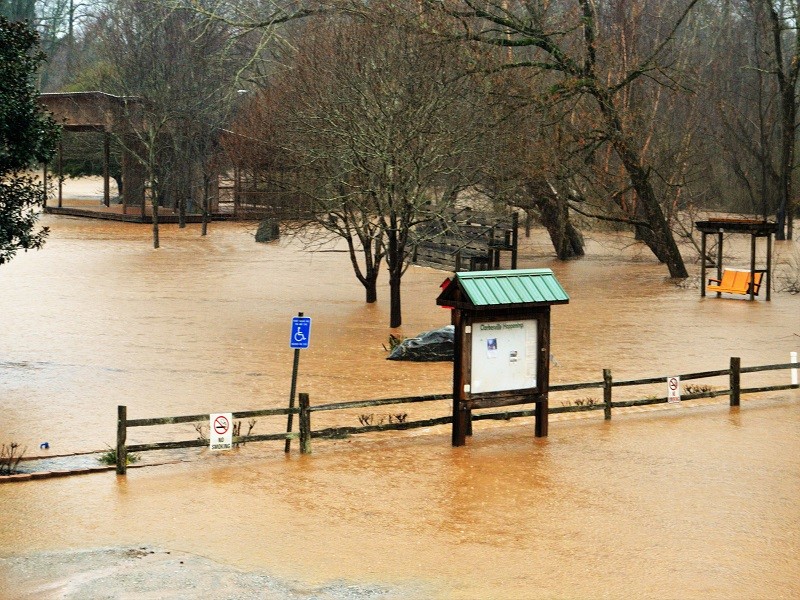 Soon after new swings were placed in Pitts Park in Clarkesville, the waters of the Soque River again have spilled into the park. (Photo: Rob Moore) 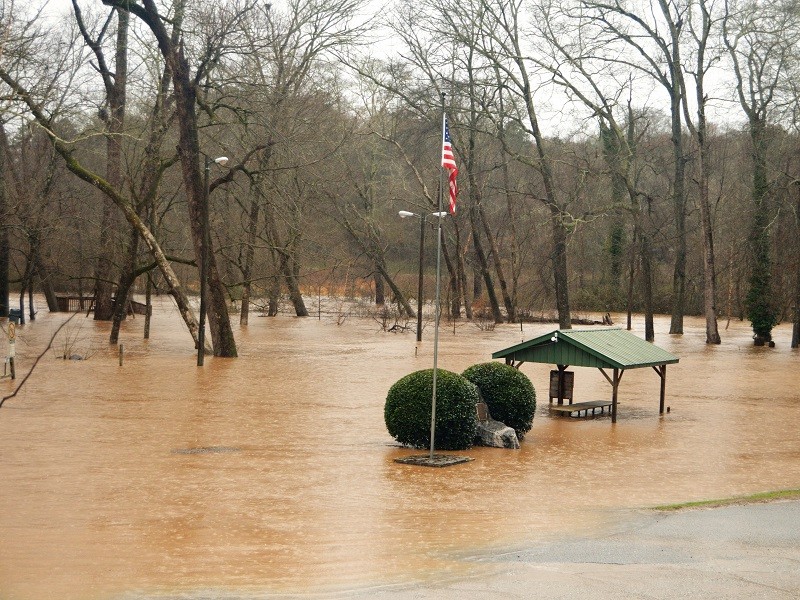 The waters of the Soque River spill into Pitts Park in Clarkesville. (Photo: Rob Moore) 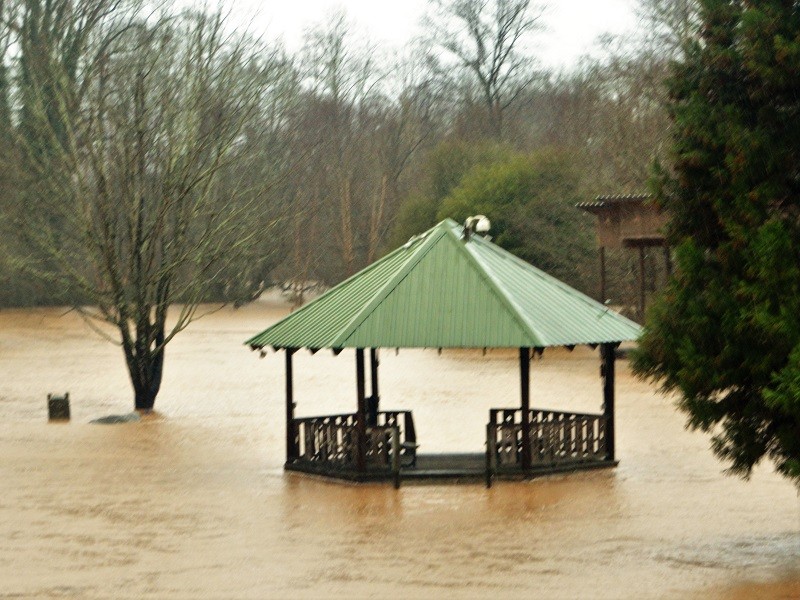 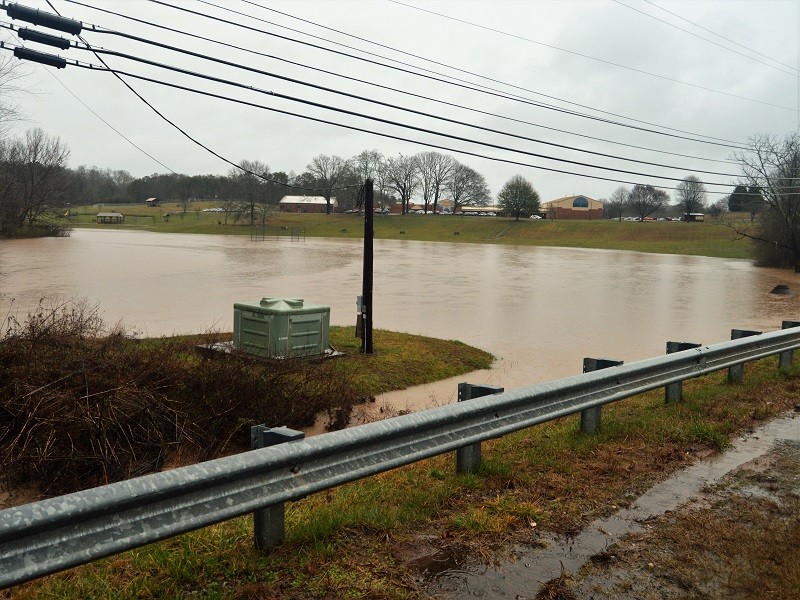 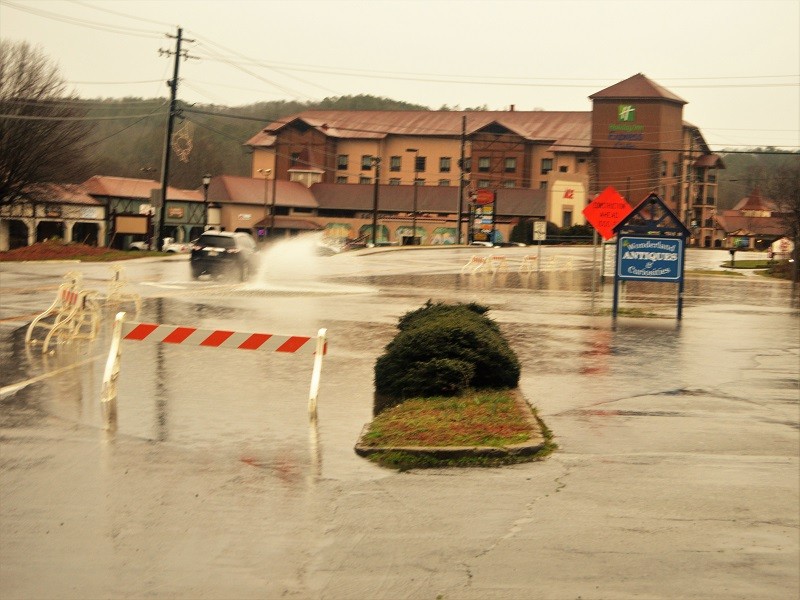 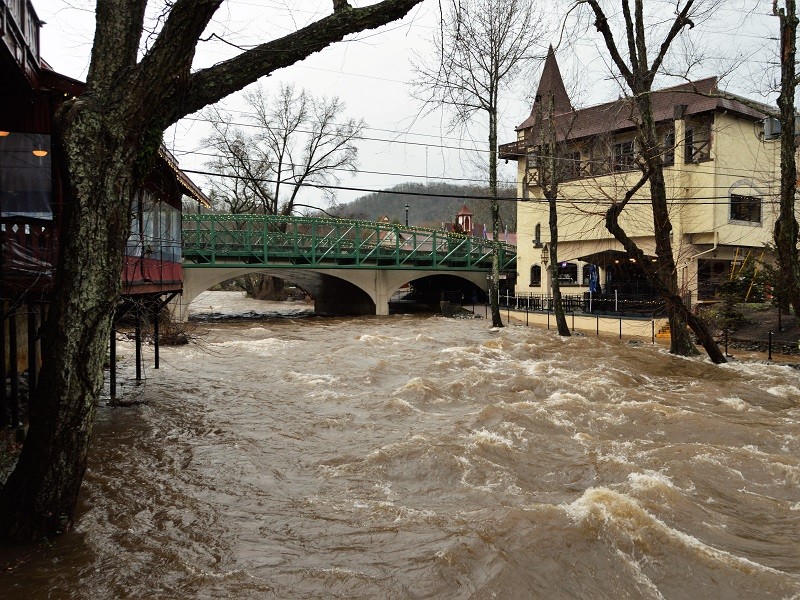 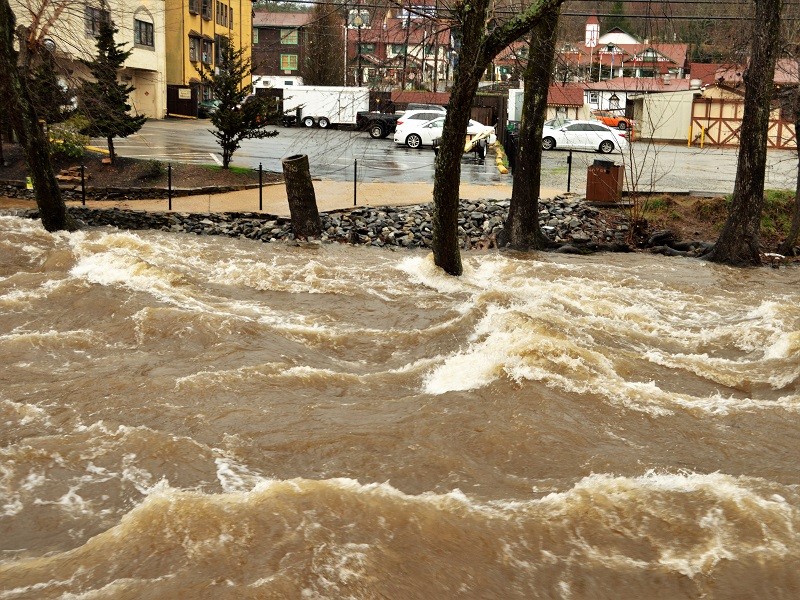 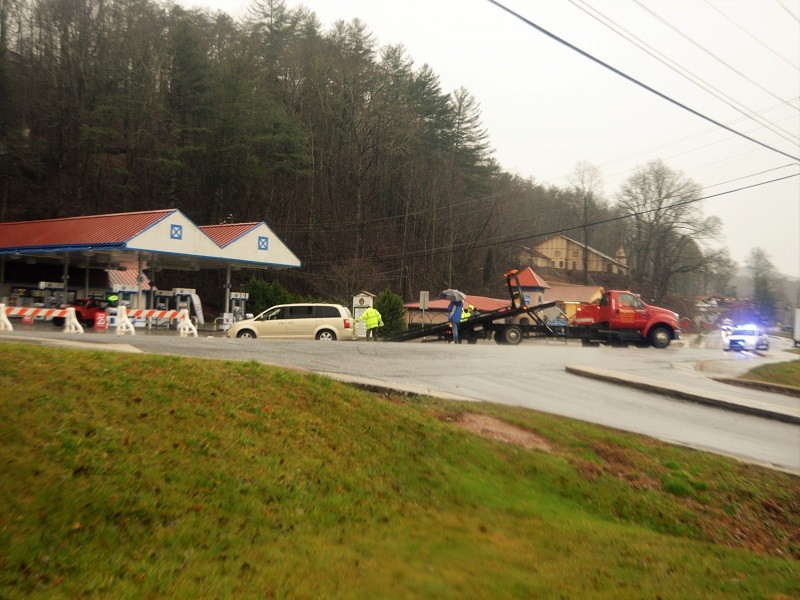 Towing operators prepare to load a van after removing it from the flooded parking lot of a convenience store on South Main Street in Helen. One lane of South Main Street (Ga. 75) remained closed most of Thursday. (Photo: Rob Moore) 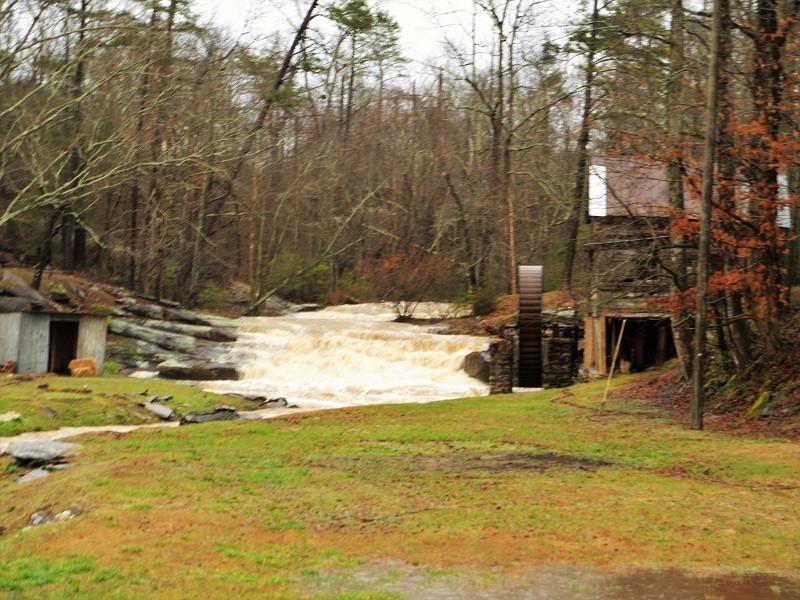 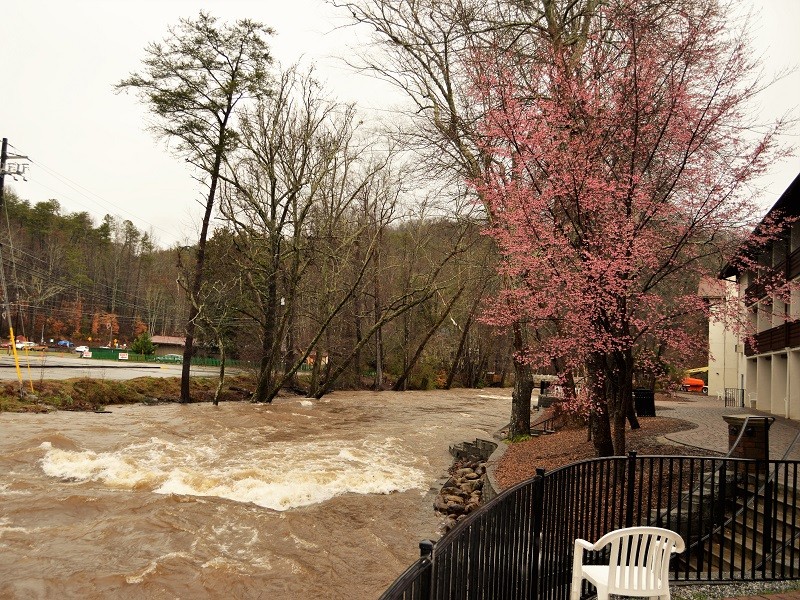 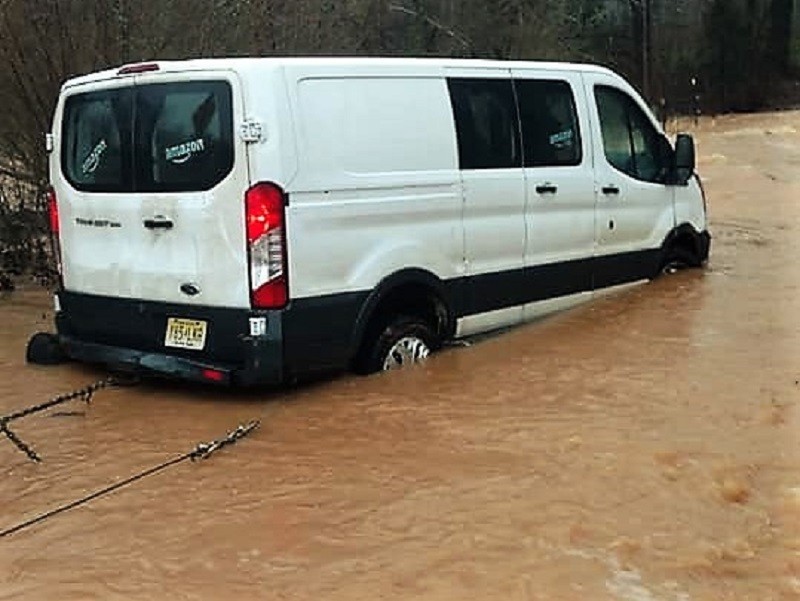 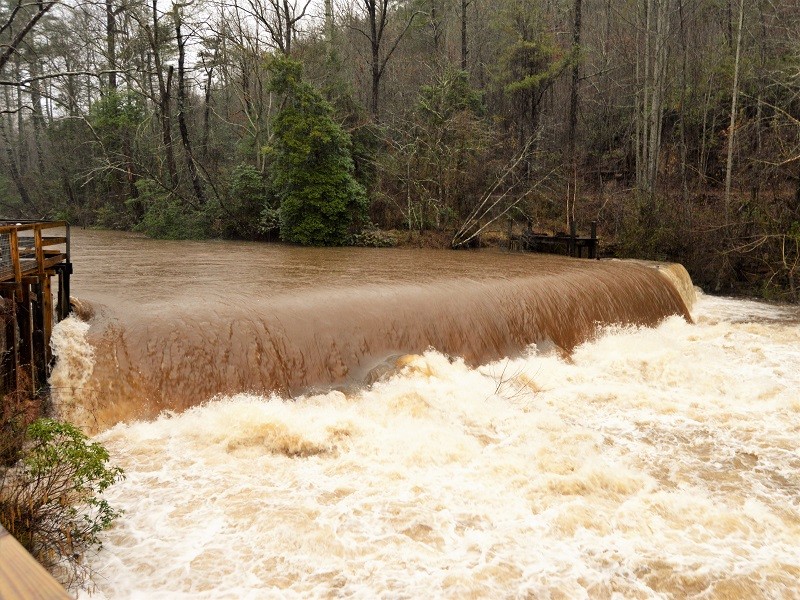