The Post-It note Christmas leaves behind

People often say they wish every day could be like Christmas. I guess that’s why they’re in such a hurry to toss out the tree and take down the decorations five minutes after the gifts are open. But what do you expect from folks who start decorating on Labor Day? No doubt they are sick of it by the time December 25th rolls around.

Don’t get me wrong. I’m not advocating for keeping the decorations up in to the new year. But while taking a stroll through the neighborhood on Christmas afternoon, I noticed a tree already on the roadside. Gone from making merry to making mulch in just a few minutes. Talk about the circle of life!

I like to bask in the Christmas glow for a few days after December 25th. Things slow down. There aren’t presents to buy or parties to plan. You can take time to take it all in. Of course, the time comes for the trappings of Christmas must go into the closet and attic to hibernate for another year. That way the strands of lights that were so neatly packed away will have time to tangle themselves resulting in a total loss of religion when you try to trim the next year’s tree.

As a kid, we always took down the tree on New Year’s Day. Mom said it was bad luck to leave it up any longer. Considering the tree had the brittle consistency of a bristle brush and was so dry it could burst into flame if you even got into a heated conversation while standing near it, she had a point. Likely it was also a way to keep the kids busy while the grown-ups got over ringing in the new year the night before.

Decorating and de-decorating (is that even a word?) the tree evokes similar emotions and conversations. Nearly every ornament has a story, a history, that connects me with the ghost of Christmas Past, to borrow a character from Mr. Dickens. When we would trim the tree, mom shared stories of certain ornaments she and dad got just after they married in 1946. I still have many of them today.

We each had our favorites that only we could hang. For my dad it was a sailor ornament; a commemoration to his time in the Navy during World War II. For my mother, it was all the ones that looked like fruit along with one that looked like a coo-coo clock. I think it was acquired sometime in the 50’s and we still have it. We no longer hang the sailor or the clock as they have become delicate over time. However, the sailor is in a shadow box on display and the coo-coo clock is in my wife’s home office on her desk.

Mine is an angel ornament. The angel is in a plastic case with a mirrored back. She is suspended in the case by a thin wire, so it looks like she is floating. Being of plastic, it is still sturdy enough to find a place of honor on our tree each year. As for my brother, he just liked slinging tinsel once the tree was finished. Back then the stuff was made of metal of some sort, likely tin as the name implies or aluminum. You could take a strand and roll it up into a little ball perfect for throwing at a sibling when they least expected. Not as messy as a spit wad and easier to aim.

In taking down this year’s tree, the stories rolled across my mind as we packed each ornament in tissue and tucked it into its wee little bed. And it struck me: we don’t decorate our tree with mere glass bobbles in interesting shapes and festive colors. We decorate it with memories. The ornaments serve as a bridge across time linking one generation to the next just like the Christmas story itself.

I’ve also taken a different view of one of the frustrations of Christmas clean up. No matter how hard you try, you just can’t get rid of the needles that the tree sheds. It’s the tree’s way of saying “you cut me down so I’m going to poop on your floor”. It used to really bug me to find a needle or two during the year. They just seem to pop up in random places at the oddest times.

I have a theory about that. I think that Elf on the Shelf pops in during the year to check on things and leaves a little calling card. He’s trying to bait me into blowing my top and winding up on the naughty list…again. But now it doesn’t bother me that much.

We are so quick to whisk the Christmas decorations away; we sometimes pack up the joy and anticipation that makes the season so wonderful. Christmas is about the Light coming into the world. But we are often so thorough at boxing up the manger scene, we sometimies unplug the Light and wrap it up as well.

That’s why the odd Christmas tree needle doesn’t bother me as it once did. I see it as a little reminder of Christmas. It’ like a post-it note saying “don’t worry the Light is still shining”. And that’s something I can use any day, not just December 25th. 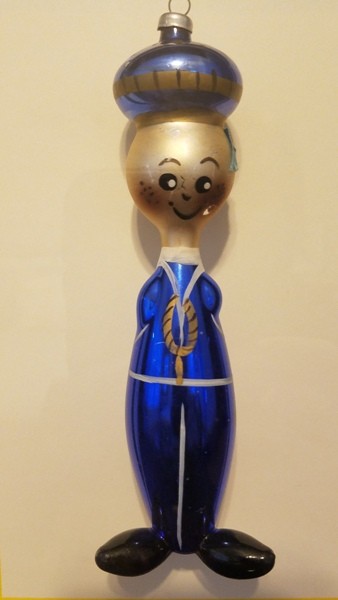