MONTEREY, Calif. - It wasn’t easy for differing reasons, but Will Power and Alex Palou both ended up winners Sunday after the season-ending NTT IndyCar Series race at WeatherTech Raceway Laguna Seca.

Power survived varying tire strategies and challenges from rivals to finish third in the No. 12 Team Penske Chevrolet and clinch his second series championship, adding to his 2014 title. The championship came just one day after Power set the series career record with his 68th pole, breaking a tie with fellow legend Mario Andretti.

“Man, I had to drive the thing today,” Power said. “It was on the edge, very loose. Man, what a relief. What a relief to get that done.”

Power, 41, from Australia, won just one race this season, but this was his series-leading 12th top-five finish in 17 races – three more than any other driver. Power and Scott Dixon also were the only drivers to finish every lap this season.

That consistency was part of a mental shift this season by Power to take what the car offered each race and not overdrive into mistakes. The newfound, Zen-like focus proved pivotal.

“From the beginning (of the season), it was just playing the long game, not necessarily going for the big wins and all that,” Power said.

This was the 17th series championship by a Team Penske driver, extending the team’s record. Power beat teammate Josef Newgarden to the crown by just 16 points.

Palou ended his reign as series champion with his first victory of the season in the No. 10 Chip Ganassi Racing Honda, dominating the race and beating Newgarden to the checkered flag by 30.3812 seconds, the largest margin of victory this season by more than 24 seconds.

Palou delivered a victory after a fraught summer marked by a still-unresolved contractual dispute for his driving services next season between Chip Ganassi Racing and McLaren Racing.

The win came despite a six-spot grid penalty for an unapproved engine change after qualifying Saturday, dropping Palou from fifth to 11th on the starting grid.

“We struggled a bit (at) some races, especially the last couple of races,” Palou said. “But today was awesome. Strategy was on point. It’s good to finish a season with a win. We had some power there and good fuel mileage.”

Palou first took the lead on lap 16 and proved to be the dominant driver almost immediately. He led 67 of the 95 laps in a race slowed by just three caution periods.

Palou’s gap over second-place Power was 8.6287 seconds on lap 50, but Palou rocketed away during the second half of the race as rivals managed varying tire and pit strategies. Palou used the Firestone alternate tires only from laps 20 to 38 and then blitzed the field for the rest of the way on Firestone primary tires on the slick, highly abrasive surface of the 11-turn, 2.238-mile circuit.

By lap 62, Palou’s gap over Power was 20 seconds. It was checkout time.

“We struggled a bit during the whole weekend, and I don’t know what happened today,” said Palou, who won three races last year en route to the title. “But everything clicked. Super happy to win a race this year.”

Newgarden started the day second in the standings, 21 points behind Power, who earned a bonus point for the pole award on Saturday. He faced long odds for capturing his third championship due to starting 25th in the 26-car field after spinning off track during the first round of qualifying.

But Newgarden never relented in his tenacious long shot bid to overhaul teammate Power. He started the race on Firestone primary tires – the opposite approach of title rivals Power, Dixon and Marcus Ericsson – and also made one more pit stop than Power in an attempt to use fresher tires and a full-bore fuel mixture to gain track position.

Newgarden passed Pato O’Ward for fourth on lap 43 in the Corkscrew and then repeated that move one lap later for third place, passing of Felix Rosenqvist.

Power was next on the hit list. Newgarden sailed past his teammate on lap 46 at the top of the Corkscrew for second place. But Power didn’t panic, again focusing on the long view while doing title arithmetic in his brain at 175 mph.

“I just knew I had to absolutely get the most out of those stints and not lose any more positions,” Power said.

Newgarden had no chance to catch Palou, who already was in a different stratosphere, up by seven seconds just four laps after a lap 41 restart. The top three cars held station for the rest of the race, sealing the title for Power.

“Even yesterday, with the heartache there, we came back, we fought, and we nearly got there,” Newgarden said. “I’m proud of the effort. We’re going to come back stronger next year.

“But I’m proud of this team. Huge congrats to Will and the entire team.”

Dixon placed third in the standings, 39 points behind Power, after his 12th-place finish. Scott McLaughlin ended up fourth in points in just his second season of open-wheel racing after his sixth-place finish.

Christian Lundgaard earned series Rookie of the Year honors with his fifth-place finish. Lundgaard ended with an 18-point gap over David Malukas, who finished on Sunday. 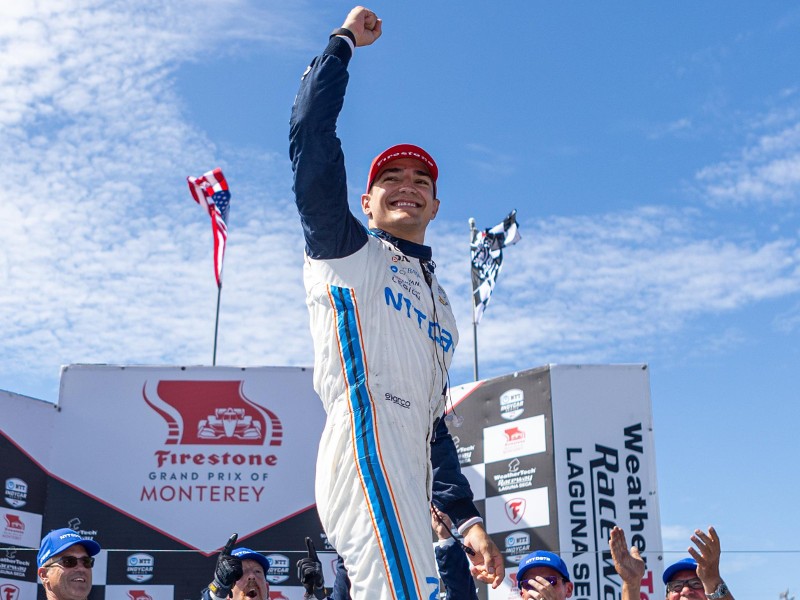 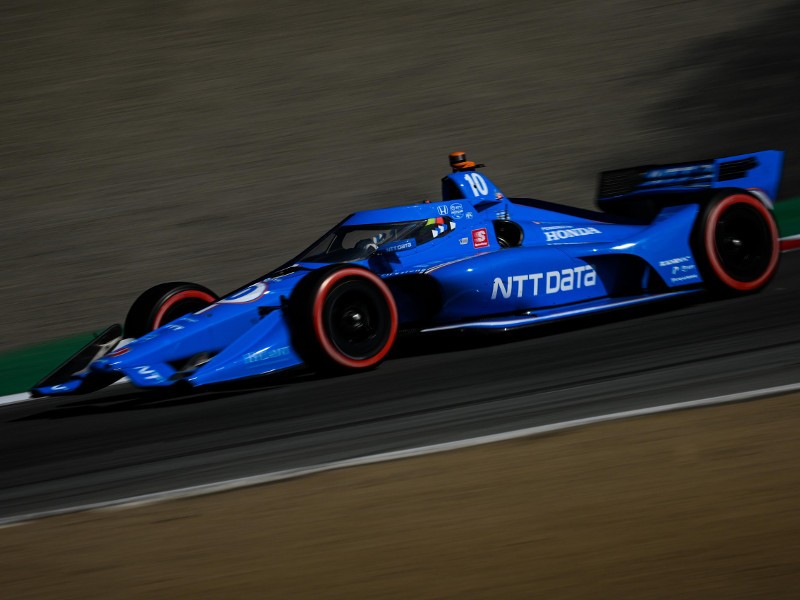 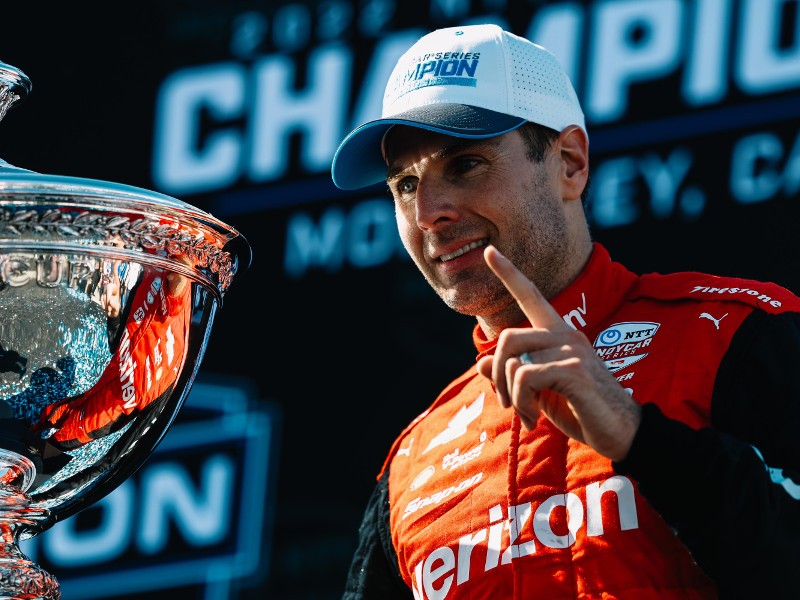