DARLINGTON, S.C. – At the end of a thrilling three-car battle that wasn’t decided until the last corner of the last lap Saturday at Darlington Raceway, Noah Gragson stole a win from Sheldon Creed and a hard charging Kyle Larson to score his fourth victory of the NASCAR Xfinity Series season.

After passing Gragson for second place on lap 144 of 147, Larson got a strong run on Creed, then the leader, coming to the white flag. Larson steered his No. 17 Chevrolet to the inside of Creed’s Camaro, and the drivers raced side-by-side through the first two corners.

Creed brushed the outside wall, and Larson got loose beneath him, allowing Gragson to gain ground. Creed cut down his right front tire and buried his car into turn 3, hitting the outside wall in a shower of sparks.

Gragson found room to the inside, slapped the outside wall near the exit of turn 4 as Creed rode the fence and powered ahead in the last 200 yards to claim his second victory in the last three races at the Lady in Black and the ninth of his career.

The late-race pyrotechnics took place under the lights after a rain delay that stopped the proceedings for 2 hours, 37 minutes, 22 seconds.

“All you fans, was that cool — did we put on a show for you guys?” Gragson shouted to the crowd from victory lane. “Sheldon Creed was really fast… I watched, during that rain delay, him running the top in (turns) 1 and 2, and I knew there was a lot of speed there.

“So I went up there (after a restart on lap 134), and I found something, and Sheldon pinched me off, and the 17 (Larson) got by me when it was like three (laps) to go, and I was like, ‘Oh, they’re going to get into each other — they’re racing too hard.’ (Sheldon’s) got nothing to lose, He’s racing his tail off, and Kyle’s going for a win.”

Gragson’s vision of the immediate future proved prophetic, as the two cars ahead of him made contact.

“I was trying to hold on,” Creed said. “I had a really fast car. It was just a little too free to run their speed there at the end. They could run up the hill in (turns) 1 and 2 and then really get a good run down the backstretch. I had to stay really low to keep the rear of the car underneath me.

“I was hoping they were going to get to racing behind me. When Kyle got next to me, my only opportunity was to side-draft as hard as I could. We got that wall, and I felt the right-front start to go down (as I was) going down the backstretch.”

Creed held onto second place, crossing the finish line .794 seconds behind the race winner. In the last-lap chaos, Larson slipped to fifth behind Justin Allgaier and A.J. Allmendinger.

“It was a lot of fun,” said Larson, who will begin defense of his NASCAR Cup Series title in Sunday’s Cook Out Southern 500, the first of 10 Playoff races in NASCAR’s top division. “I was just trying to be patient as I caught them two… I was able to get by Noah, and I saw Sheldon was really loose in front of me, so I was just trying to stay patient behind him.

“Coming to white, I didn’t want to get inside him on the frontstretch, because I knew what would happen, but I had such a good run off of (turn) 4 that I had to make a move. He sat on my door and got me really loose. I had to chase him up the track…

“He was racing really hard for his first win. It was just a lot of fun from all of our seats. Crazy to be a part of a finish like that.”

A victory would have put Creed into the Xfinity Series Playoffs. Instead, he leaves Darlington 13th in the standings, 16 points behind 12th-place Ryan Sieg. There are two races left before the 12-driver Xfinity Playoff field is set.

Gragson led four times for 82 laps and dominated the action before the rain delay. 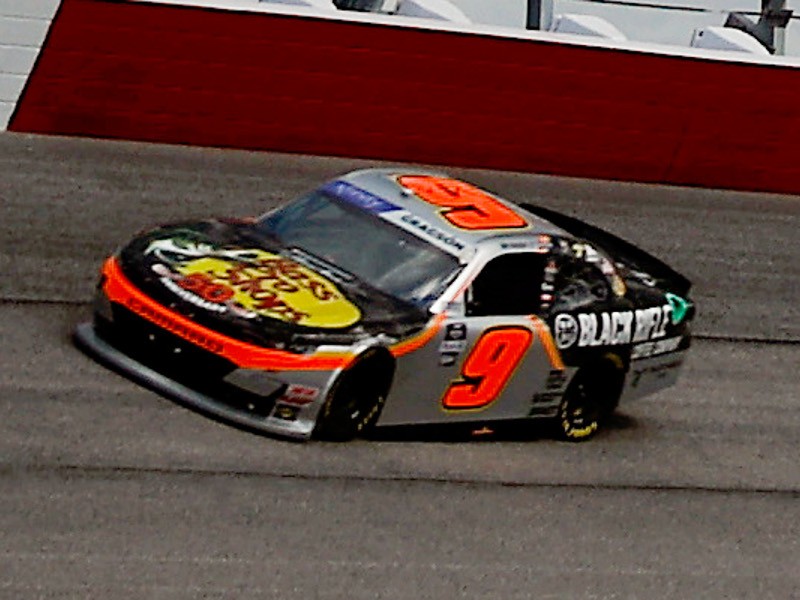 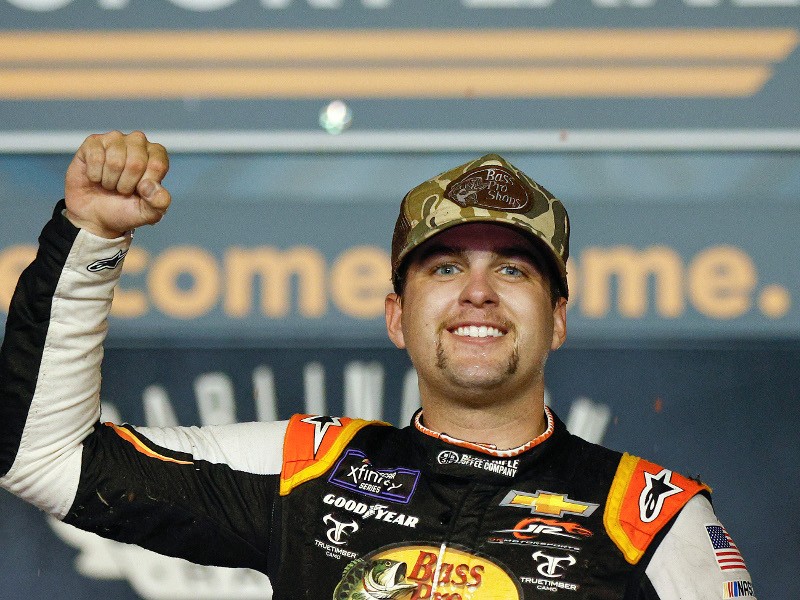