IndyCar on Wednesday fined Andretti Autosport $25,000 because the team used a water bottle to make weight in the car Alexander Rossi drove to end his 49-race losing streak.

Rossi's car failed inspection following Saturday's win on the road course at Indianapolis Motor Speedway when it was discovered to be underweight. IndyCar said the water bottle was used instead of ballast and the car failed to meet the minimum weight requirement.

“From a sporting perspective, the car met minimum requirements,” said IndyCar President Jay Frye. “From a technical perspective, the way they achieved the weight is not allowed. To meet minimum weight, the drink bottle and its contents were used as car ballast, which is not permitted and why the team is being fined and penalized.”

Rossi was also docked 20 points in the standings but ranked eighth in the standings before the penalty. He's long out of IndyCar's title race. Rossi is leaving Andretti at the end of the season to drive for Arrow McLaren SP.

“We regret the mistake and appreciate IndyCar's understanding that the No. 27 was compliant during the race,” the team said in a statement, adding it looked forward to moving on to this weekend's racing in Nashville.

His win Saturday ended a three-year losing streak that dated to Road America in Wisconsin in 2019 and spanned 1,133 days. The victory also helped him leave his No. 27 team on a positive note; almost 70% of Rossi's team has been with him for his seven seasons driving for Andretti.

Rossi, from California, won the 100th running of the Indianapolis 500 as a rookie in 2016. He'd returned to the United States that season after his time chasing a seat in Formula One came to an end. Rossi's five races in the 2015 season make him the last American driver to compete in an F1 weekend. 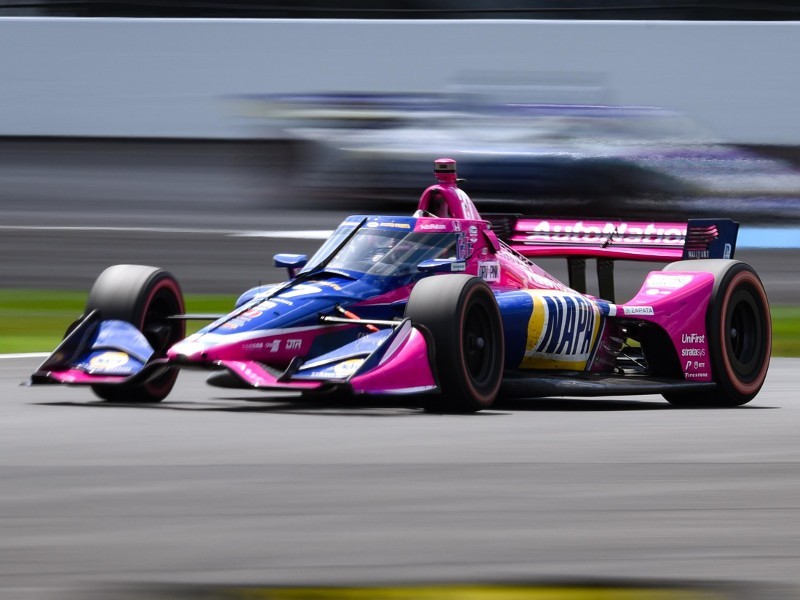