The Georgia Bureau of Investigation released Wednesday afternoon the name of a suspect who was shot and killed by police after a mother and daughter were found dead Tuesday evening at a Buford home.

The GBI said Thang Duc Doan, 51, of Buford, was shot and killed by law enforcement after deputies found him wielding a knife at a home on Long Creek Drive.

The incident began when Hall County Sheriff's Office personnel conducted a welfare check on the home earlier Tuesday afternoon. A concerned relative went to the home to locate his family members after they were unable to contact anyone at the home. Doan was at the home and told the family members the relatives weren't there. However, Doan had what appeared to be blood on his clothing.

The relative gave the information to the Hall County Sheriff's Office, which secured a search warrant for the home.

Hall County Sheriff's Office deputies entered the home at about 11:00 p.m. when they found Doan holding the knife. He was shot by law enforcement and died. Deputies then found Kim Oanh T Nguyen, 42, and her daughter, Lam-Ahn Tran, 18, dead.

All three were taken to the GBI Medical Examiner's Office for autopsy.

The GBI will conduct an independent investigation. Once the investigation is complete, it will be given to the Northeastern Judicial Circuit District Attorney for review.

A mother and daughter were discovered murdered late Tuesday night in their Buford home. Hall County Sheriff’s Office (HCSO) deputies made the discovery while performing a welfare check and possible missing persons case at the house in the 3200 block of Long Creek Drive, which is in a subdivision off Friendship Road.

According to BJ Williams, spokeswoman for the Sheriff’s Office, when HCSO attempted to execute a search warrant around 11 p.m., they encountered a man at the house. The man made aggressive movements towards the deputies with a knife. “As a result, he was shot and killed by deputies,” says Williams. “After that happened, and that particular scene was secured, our deputies were able to get into the home and that's when they found the bodies of the mother and daughter.” No deputies were injured in the encounter with the suspect.

The victims have been identified as Kim Nguyen, 42, and Lam-Anh Tran, 18. Authorities have not said how the two women died. They have also not released the name of the suspect.

The bodies of the victims will be taken to the GBI crime lab for an autopsy. 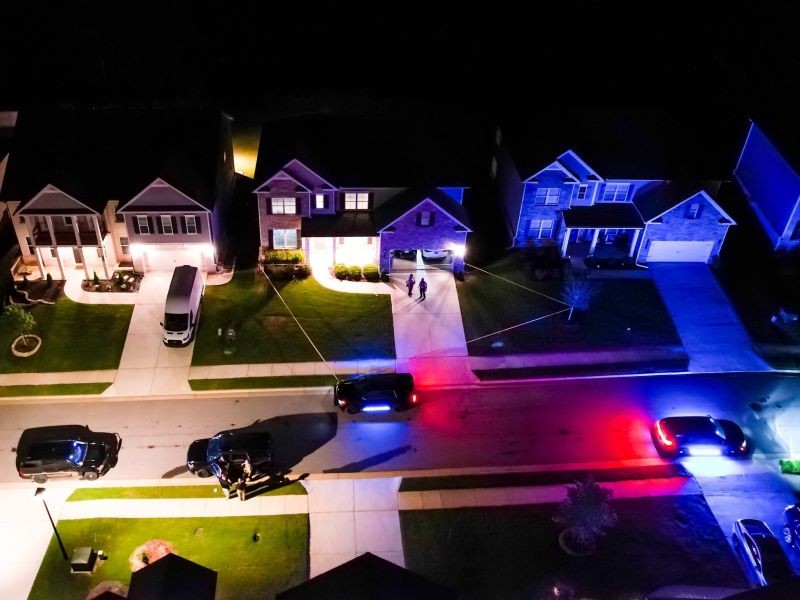