The Chickamauga, Georgia racer took advantage of leader Dakotah Knuckles’ misfortune with a lapped car to inherit the point on lap 41. From there, McDowell led the rest of the way to record the victory and a $10,053 payday.

Mack McCarter came home in second, with Ricky Weiss in third, David Payne in fourth, and Forrest Trent in fifth.

A total of four caution periods slowed the action at the high-banked Tazewell, Tennessee oval. Series point leader Cory Hedgecock slowed to draw the first yellow flag on lap 19 with a flat left rear tire. Dakotah Knuckles, who led laps 10-40, was then out front working on lap 41 when he tangled with another competitor in heavy lapped traffic and ultimately spun to a stop. The third caution came on lap 46 when a multicar pileup blocked the track in turn four. McDowell stopped to avoid the incident, but was not part of the caution and therefore kept his spot in front of the field. The fourth and final yellow then waved on lap 51 when third running Eli Beets, who paced the field for the first nine circuits, spun on the backstretch after contact with another competitor.

Hedgecock came home with an 11th place finish, giving the Loudon, Tennessee driver the 2022 series championship, along with an extra $10,053. 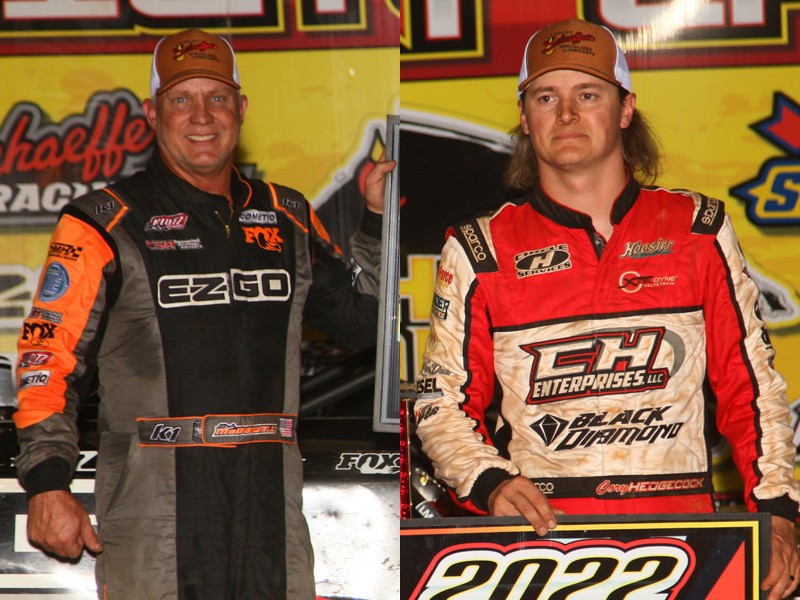