There’s no place like Kansas for defending winner Kyle Busch

Kansas Speedway used to be a jinx track for Kyle Busch.

That was before the driver of the No. 18 Joe Gibbs Racing Toyota got a handle on the 1.5-mile intermediate speedway, a trend he hopes will continue in Sunday’s AdventHealth 400.

In his first 14 of 28 starts at Kansas, Busch recorded two top 10s and no top fives. Then he flipped the script. His last 14 races there include 11 top 10s, nine top fives and two victories — a complete turnaround.

And on Sunday, Busch will be defending his win from last spring’s race at the Wyandotte County track.

“It’s a place where we’ve really picked it up, and now we have two wins there,” said Busch, who comes to Kansas sixth in the NASCAR Cup Series standings, with a victory on the Bristol Motor Speedway dirt track.

“We seemed to have gotten a setup or a hold of that place, and I feel like our cars keep getting better over the last few races. I’m hoping we can continue our strong runs and have a shot to win there again with our M&M’S Crunchy Cookie Toyota.”

The way Busch sees it, the exposed, wind-swept nature of the track also presents complications.

“I think the wind is usually a factor there,” Busch said. “Sometimes it comes from the south, sometimes from the west — it’s like being in the Wizard of Oz. Kind of crazy to get there each year and try to figure out what’s best.

“But the wind also plays into our setups. We talk about how you have to set up the race car according to which way the wind is blowing and what we have to do from that aspect. It definitely adds a different challenge to what we all do.”

The path to victory lane won’t be easy. Joey Logano is tied with Denny Hamlin and Kevin Harvick for most wins at Kansas with three, and Logano found speed in his win last week at 1.366-mile Darlington Raceway.

Then there’s the Hendrick Motorsports contingent. With Alex Bowman winning at Las Vegas and William Byron taking the checkered flag at Atlanta, Hendrick drivers will be looking to extend their perfect record on 1.5-mile speedways. Reigning series champion Kyle Larson won the most recent race at Kansas last fall.

“While most of these tracks this year we’ve had to relearn because of the Next Gen car, I think I’m a bit more confident heading to Kansas this weekend,” said Byron, who was leading last Sunday at Darlington before Logano knocked him out of the way on the white-flag lap. “Not all mile-and-a-half tracks are the same, but I feel like Kansas and Las Vegas are the most similar to each other.

“We raced at Vegas earlier this year and ran really well. The only real difference is I feel like Kansas is a more temperature-sensitive race track and has less grip. We’ve run well at Kansas over the last couple years, so I think with the notebook we’ve built so far and our past experiences there, we should have a good shot at the win this weekend.”

Matt Crafton Has An Experience Advantage At Kansas — And Then Some

First, he’s the only former Kansas winner in the field for the 24th renewal at the track. Second, he’s the only driver to have competed in all of the previous 23 Kansas races, dating to 2001.

During that long string of races, the 45-year-old veteran has accumulated three victories, seven top fives and 13 top 10s at the track.

Clearly, Crafton will have an experience advantage over every other driver in the field, but that’s not to say he won’t have stiff competition for the win. After a frustrating start to the season, John Hunter Nemechek picked up his first victory of the year last Friday at Darlington.

Niece Motorsports’ Carson Hocevar, seeking his maiden win in the series, has finished second in the last two races, at Bristol and Darlington.

“We have a lot to look forward to at Kansas this week,” said Hocevar, 19, who was born nearly two years after Crafton made his first Kansas start. “Producing consecutive second-place finishes is big, for not only myself but Niece Motorsports and the No. 42 team, too.

“It’s really good to show the improvements we’ve made and to have a lot of points in the bank that we did not have three weeks ago. The ability to show our speed at three completely different race tracks over the past month is encouraging, and I have a lot of confidence in our intermediate program.” 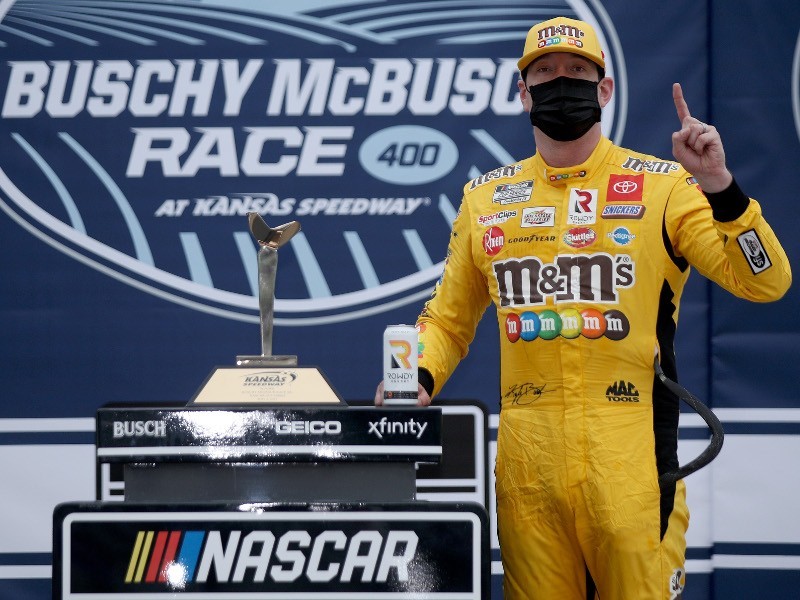