Gov. Brian Kemp signed the state's $30.2 billion 2023 budget into law on Thursday and billed the measure as a further step toward recovery from the economic impacts of the pandemic.

"The budget I will sign today will build on that good work and the fiscal year ahead," Kemp said. "House Bill 911 funds our priorities and sets our state on a strong footing for continued recovery and growth not just over this year but for the years to come."

Among the highlights, the spending plan restores more than $300 million in austerity cuts made to the education system due to the coronavirus pandemic.

That amount fulfills a campaign promise made by Kemp during the 2018 campaign to raise teachers' salaries by $5,000.

The emphasis on pay raises for many state employees comes as Georgia sees a significant turnover in many departments, especially juvenile justice. Officials there have reported a personnel turnover rate of more than 90%.

Lawmakers also allocated a record amount of money for mental health resources, more than $180 million to be specific. This was something Georgia House Speaker David Ralston was pleased to boast about.

"This is a good budget, one which invests strategically in the needs of a growing thriving state," Ralston said. "While at the same time, keeping state government lean and returning every dollar possible to the taxpayer."

The bill signing ceremony was on the University of North Georgia's Blue Ridge campus. This was fitting because the budget allocates $13 million to expand the campus.

Beyond the pay raises for University System of Georgia employees, the plan also ends institutional fees at the state's public universities. UNG President Bonita Jacobs said, "it is at the end of the day all about students and not just enrolling students, but graduating them." 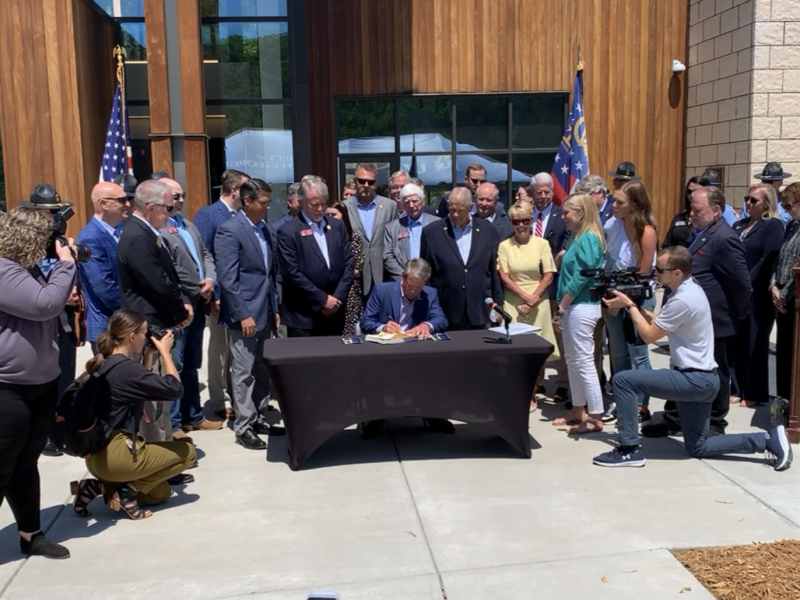