NASHVILLE, Tenn. - Sammy Smith is right at home in the Music City.

The victory was his third in four races in East Series competition this season and his second-straight at the historic Nashville oval. It also allowed him strengthen his lead in the East Series standings to nine points ahead of title rival Taylor Gray.

Smith started second and chased 17-year-old Jake Finch for the first 44 laps of the race. Finch took the lead at the start of the race after earning his first General Tire Pole Award earlier in the day.

The pass for the lead came on the 45th circuit when Smith moved to Finch’s inside to take the lead at the start/finish line. Once out front, Smith was never seriously challenged. He led the rest of the way, ultimately getting to the checkered flag 8.333 seconds clear of Finch.

“We kind of struggled there to get by the 1 car (Finch) early,” Smith explained in victory lane. “Just couldn’t get clean air, but once we got out front our car was really good and here we are.”

Finch worked his way past Taylor Gray with 13 laps left to finish second, his best finish in three East Series starts so far this season.

Gray settled for third one week after a dominant victory at Dover Motor Speedway for David Gilliland Racing. Mason Mingus and Leland Honeyman completed the top-five. 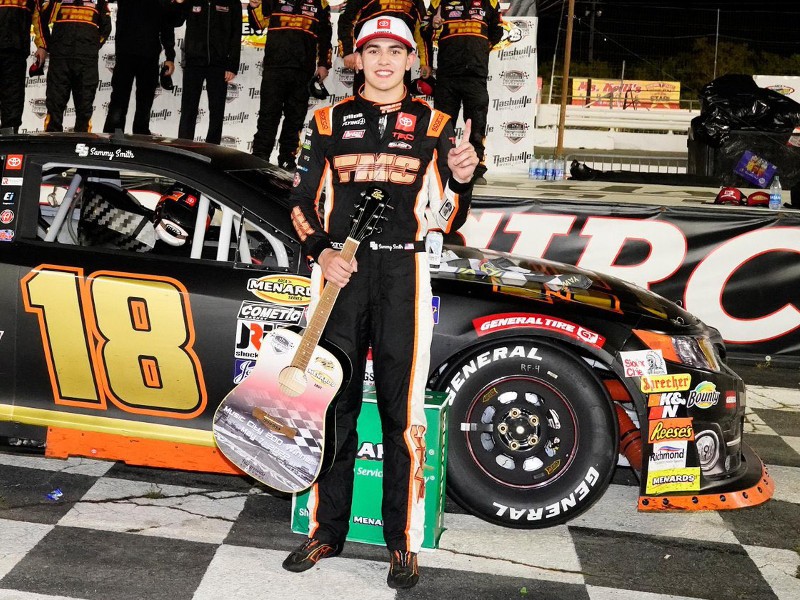