AP Was There: Wilkins beats rookie Jordan for dunk titl

“Isiah coached me on the different types of dunks to try,” Wilkins said. “He's very creative. He has a wide imagination and I just followed his advice.”

“This is something to give the fans some thrills," Wilkins said. “The guys just have a lot of fun.”

Wilkins, one of the top-scoring forwards in the NBA, said he would rather be playing in Sunday's All-Star game than win the slam-dunk contest.

“I think the creativity the fans wanted to see was there,” said Jordan, who won $7,000. “I enjoyed being a participant and I was happy to make the final two.”

Wilkins, who won $12,000, received perfect scores of “10” from each of the five judges on his last two dunks. On the first, he bounced the ball off the floor before slamming it through and on the second he tried a two-hand “around-the-world” dunk from the hip.

Wilkins, who finished third in the slam-dunk contest last year, was given 47 points on his first attempt in the final round, a back reverse dunk with a baseline approach.

Jordan, the spectacular first-year NBA star who also will start in Sunday's All-Star game, got 43, 44 and 49 points in his final round of dunks. He had a leap from the free-throw line in the semifinals for a perfect score that helped him reach the final.

Jordan had 142 points in the semifinals to 140 for Wilkins to give them berths in the finals. The semifinals had five players instead of four because of a computer glitch in the judging.

Defending champion Larry Nance of Phoenix finished with 131 points in the semifinals to finish fifth and 1984 runner-up Julius Erving was fourth with 132.

Terence Stansbury of the Indiana Pacers, a late replacement in the contest for Charles Barkley, led Wilkins and Jordan going into the final dunk of the semifinals. But he was passed by both players when he was too tentative on his last dunk and received only 39 points for a total of 136 and third place overall. 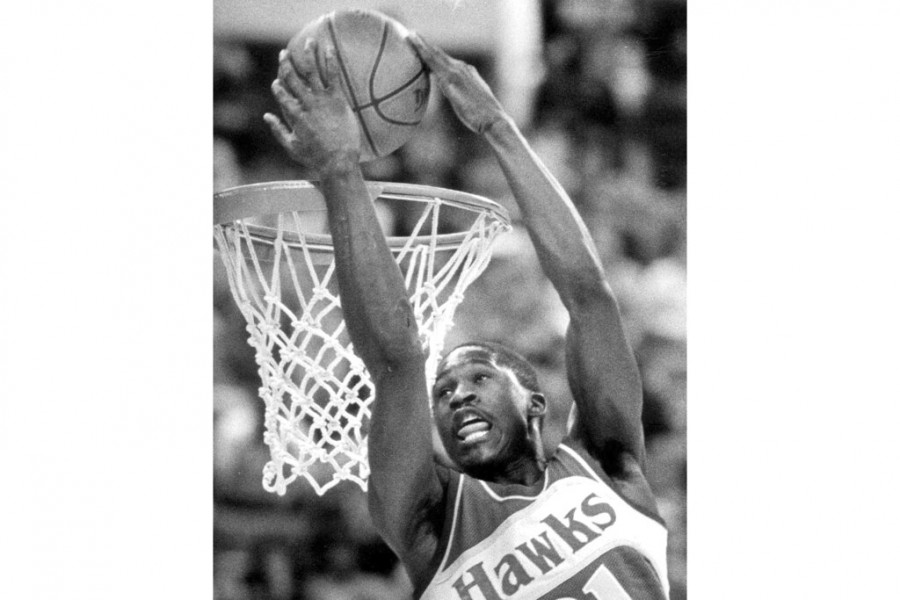