Perhaps it was birthday fate. When the name of the race is the Buschy McBusch Race 400, your name is Kyle Busch and it’s your 36th birthday – you have to figure there’s some serious racing juju in your favor. And Busch took advantage of it.

Busch’s No. 18 Joe Gibbs Racing Toyota took the lead on a restart with two laps remaining and held off the field by .336-seconds Sunday at Kansas Speedway to give him his first NASCAR Cup Series win of the season – 58th of his career – and his new crew chief Ben Beshore the first win of his career.

“Just a great day to be able to put this M&Ms Camry up front,” Busch said smiling, adding “Great to be able to get everyone back in Victory Lane again this early in the season and get those points going our way.

“And,” he said breaking into a grin, “I just remembered it’s the Buschy McBusch race and a Busch won. What do you know?”

It was a dramatic ending to what had been largely a Kyle Larson show up front all day. The Hendrick Motorsports driver led a race best 132 of the 267 laps. But he got shuffled back to the second row on the last restart and had contact with Ryan Blaney’s front-row running Ford after taking the final green flag. The two cars slid up and bounced into the wall and out of the groove, allowing Busch to take off with the help of his Joe Gibbs Racing teammate Martin Truex, Jr. pushing from behind.

Ultimately the Fords driven by Kevin Harvick and Brad Keselowski – on fresher tires – chased down Truex on the last lap to claim second and third place behind Busch. Keselowski, last week’s Talladega winner, led a season-best 72 of the opening 80 laps.

Larson, looking to claim his second victory of the season was understandably disappointed after the race. He finished 19th after leading the most laps on the afternoon.

“I had the 2 (Keselowski) behind me and he didn’t get to my bumper and I think he had to protect behind him and it just allowed the bottom (row) to get a good jump on us and the bottom two lanes cleared me,” Larson explained.

“I was back to third and planned on pushing (Ryan) Blaney as good as I could and obviously, I pushed too hard and got him loose and chased both of us back into the wall. I was just trying to help him stay side by side with the 18 (Busch) on the back to allow myself to have some sort of opportunity, but I just pushed too hard.

“That’s really the first time I was behind somebody on a restart. I learned for next time.”

The first 167 laps of the 267-lap race were run with no major incidents – the caution flags came out only for a scheduled competition caution and the two stage breaks. Busch won Stage 1 and Larson won Stage 2.

But there were three cautions in the last 20 laps – making pit decisions and lane choice crucial in that last run to the checkered flag.

Ultimately Busch was able to keep his car up front and make the move when he needed to – his victory obviously a huge boost in confidence for the team, which had only two previous top-five finishes in the opening 10 races of the season.

The NASCAR Cup Series races next Sunday at the historic Darlington Raceway. 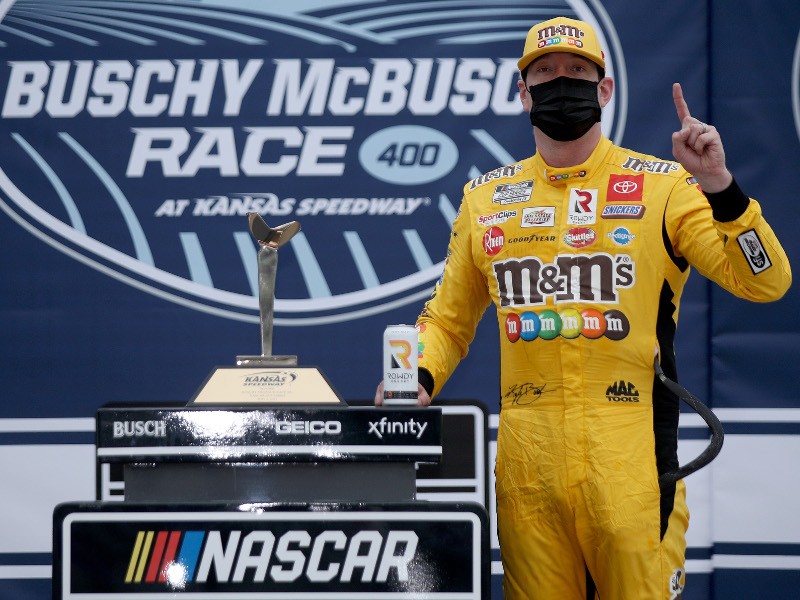 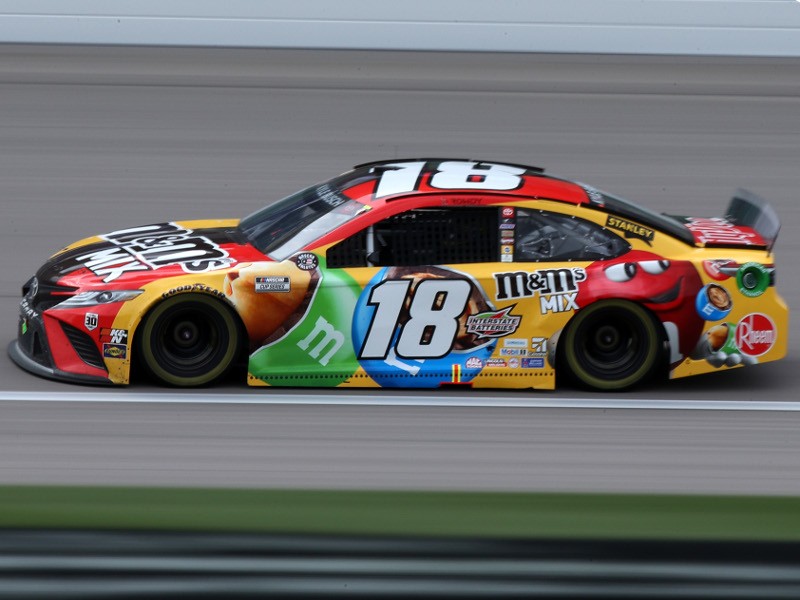